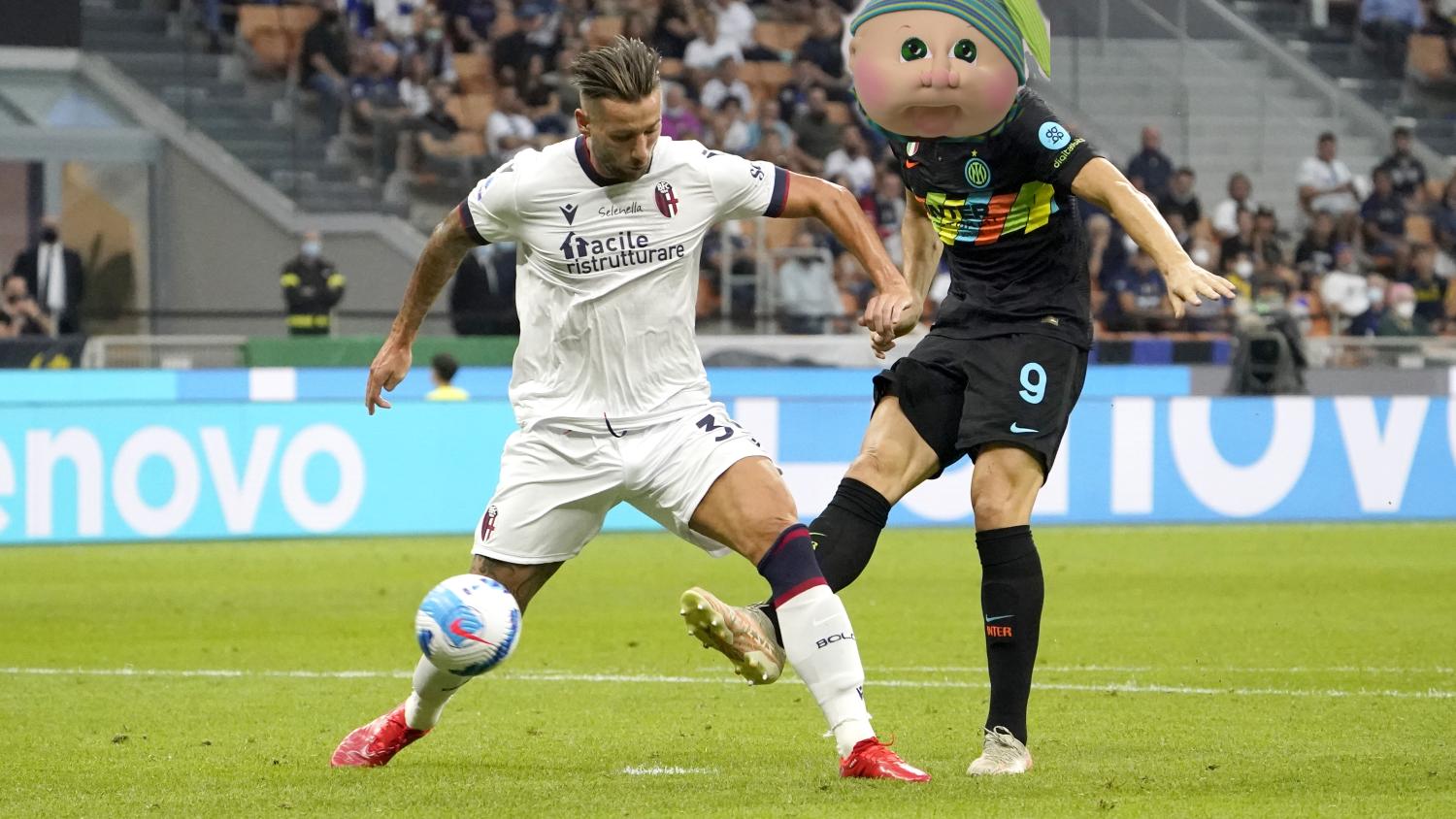 Inter Milan broke in its beautiful third kit with a 6-1 rout of Bologna on Saturday. Edin Džeko came off the bench to score twice, including a wonderfully cheeky nutmeg goal, allowing us to forgive his awful whiff on a cross that was later put away by Matías Vecino as Inter ran riot at the San Siro.

Earlier this week, the Nerazzurri unveiled a sweet third kit that looks perfect for laser tag. It also proved perfect for crushing Bologna, as Inter scored three goals each side of halftime.

The goal of the game came from Džeko, with a non-assist assist from Lautaro Martínez with a perfect dummy run. Džeko scored his first of the day by somehow kicking through the legs of defender Mitchell Dijks. It was the type of finish you only see the best poachers put away and oh so cheeky.

Džeko added his second from an acute angle on what was a miserable day for Bologna keeper Lukasz Skorupski.

Edin Dzeko gets Inter's 6️⃣ th goal of the day.

What a finish it is pic.twitter.com/2GOGeRtTzn

Before he got on the score sheet, Džeko had a bit of an embarrassing moment when both he and Denzel Dumfries completely whiffed on a tantalizing cross. But such was the way Saturday went that Vecino was there to put the ball away as Skorupski died inside.

Here are all the goals from the day, including a late consolation goal for Bologna.