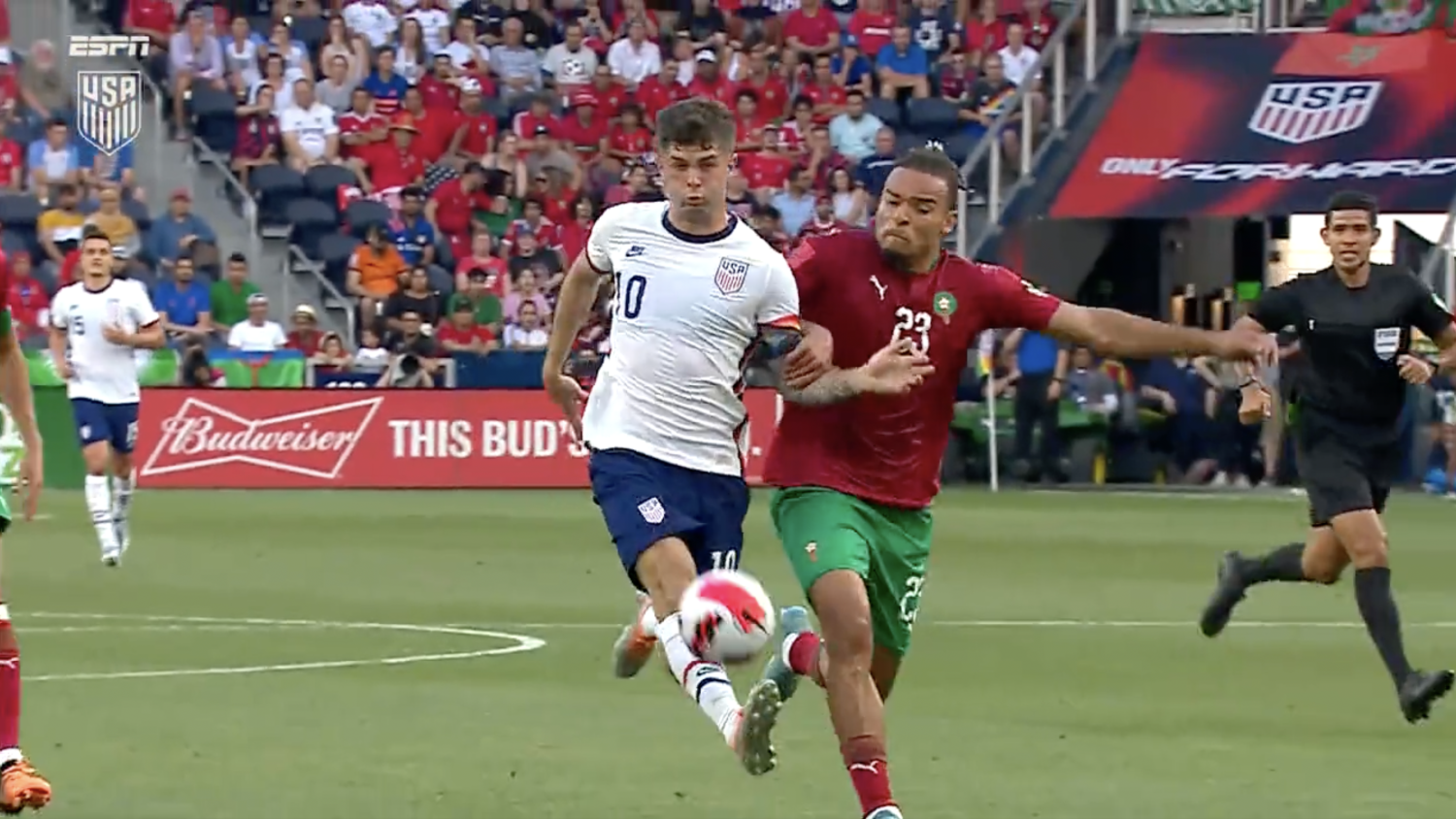 Christian Pulisic’s incredible first touch set up the USMNT’s first goal in a 3-0 win over Morocco on Wednesday.
@ESPNFC | Twitter

Hey you. Yes, you, average human. Please halt your evening, stop scrolling through Facebook and look at what an American did playing soccer. The Christian Pulisic touch vs. Morocco was pure artistry in motion as the USMNT No. 10 beautifully set up Brenden Aaronson for the first goal of the night on Wednesday.

With Gregg Berhalter’s team playing its first match since clinching World Cup qualification, Wednesday officially began preparations for November in Qatar. A friendly with the world’s 24th-ranked team served as excellent chance to see where the USMNT is at when not playing Concacaf competition. Currently, the U.S. looks pretty good, at least playing one of Africa's best teams, securing a 3-0 win in yet another match in Ohio.

The U.S. took the lead thanks to a sterling first touch from Christian Pulisic. Walker Zimmerman played a long ball over the top to a streaking Pulisic, and the Chelsea man brought it down in stride before having the composure to lay the ball off for Aaronson to score the game’s opening goal.

Here it is again, made all the more impressive by a slight bump from the Moroccan defender.

Yes, that dude is an American. Looks even better with the rainbow jerseys and captain's armband.

Not long later, Tim Weah doubled the advantage with a knuckling rocket that fooled Bono in goal.

The score was 2-0 at halftime. Haji Wright added a penalty kick in the second half to complete the scoring. The U.S. is definitely going to win the World Cup, so long as those boys keep eating that Chipotle.