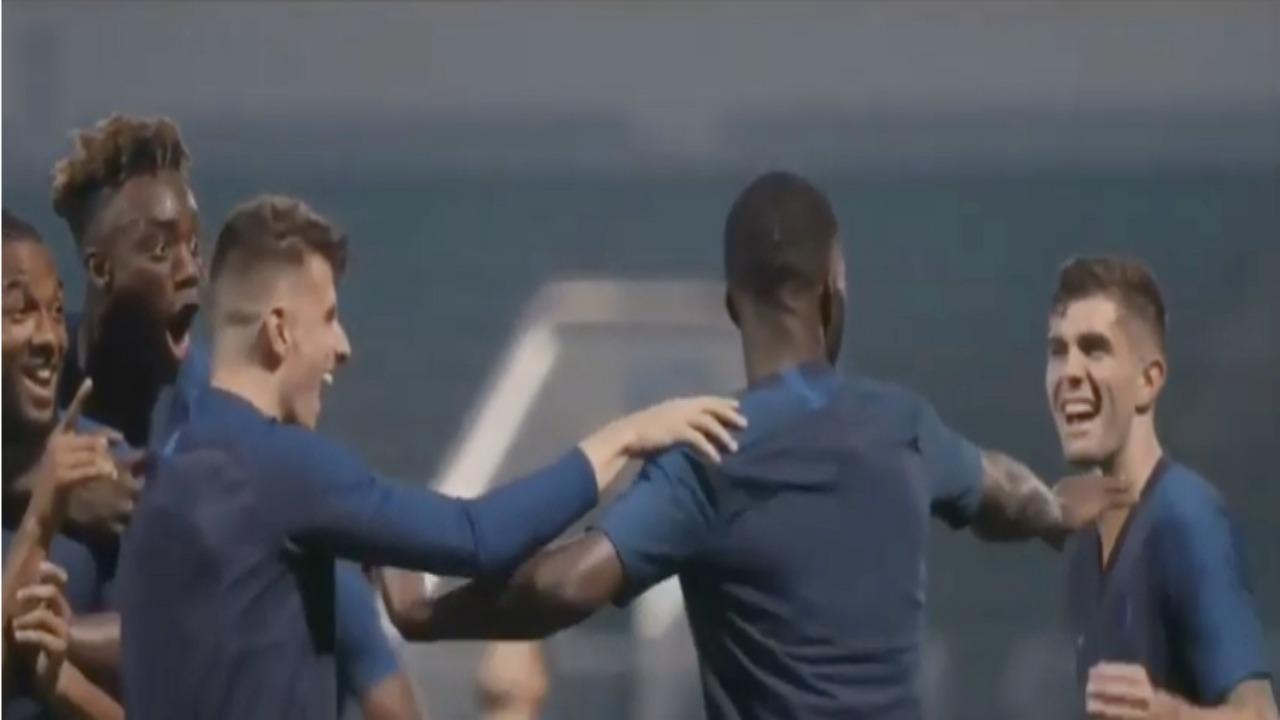 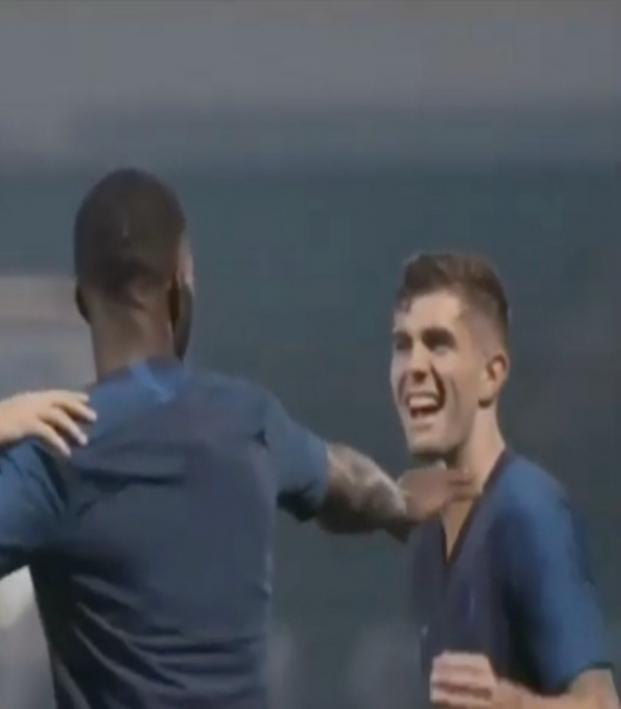 Connor Fleming July 18, 2019
The 20-year-old American will make his debut tomorrow in a friendly versus Kawasaki Frontale.

True to his word, Christian Pulisic began training with Chelsea FC on Tuesday, July 16, just nine days after the USMNT’s defeat to Mexico in the Gold Cup final. His decision to join-up with the squad in lieu of an extended holiday break earned praise from Blues boss Frank Lampard, and he now has three full training sessions under his belt following today’s open practice in Yokohama, Japan.

If you don’t believe me, just look at his feet.

If that’s not enough, here’s his face.

And now here’s the ultimate highlight of his first few days with Chelsea: synchronized stretching with the man, the myth, the legend David Luiz.

But really, the one true highlight we have is from today’s session which was open to the public. It’s a fine strike.

The kind of clinical finishing Chelsea are going to need from Christian Pulisic this season. #cfc pic.twitter.com/X3XQkg7GrE

Pulisic’s message to everyone out there? “HITHISISCHRISTIANPULISICHERE, delighted to start out with the boys. And, uh . . . yeah. The journey starts here. Let’s go Blues.”

He’s been saying other things too, mainly about what it’s like working under Lampard and his tender love for the Premier League.

“When I think of this club, there’s a lot of great players that come to mind,” Pulisic said. “I grew up watching Frank Lampard and all of those guys at the top of their game in the Premier League and in the Champions League. To me, Chelsea were always one of the biggest teams and now to be playing here, it’s really come full circle from that moment. It feels amazing.

The Special Relationship between the United States and the United Kingdom is being repaired thanks to our fine ambassador.

It's @cpulisic_10 first day on the pitch training with @ChelseaFC. pic.twitter.com/G6j2ofNBNu

Now some reporting for you old folks: According to eyewitnesses, Pulisic was part of a Chelsea starting XI today in which he was stationed out wide on the left. He’ll almost certainly make his Chelsea (friendly) debut tomorrow when the Blues play Kawasaki Frontale at Nissan Stadium in Yokohama.

Chelsea returns to action on Tuesday, July 23 with a friendly against Barcelona in Saitama, Japan.