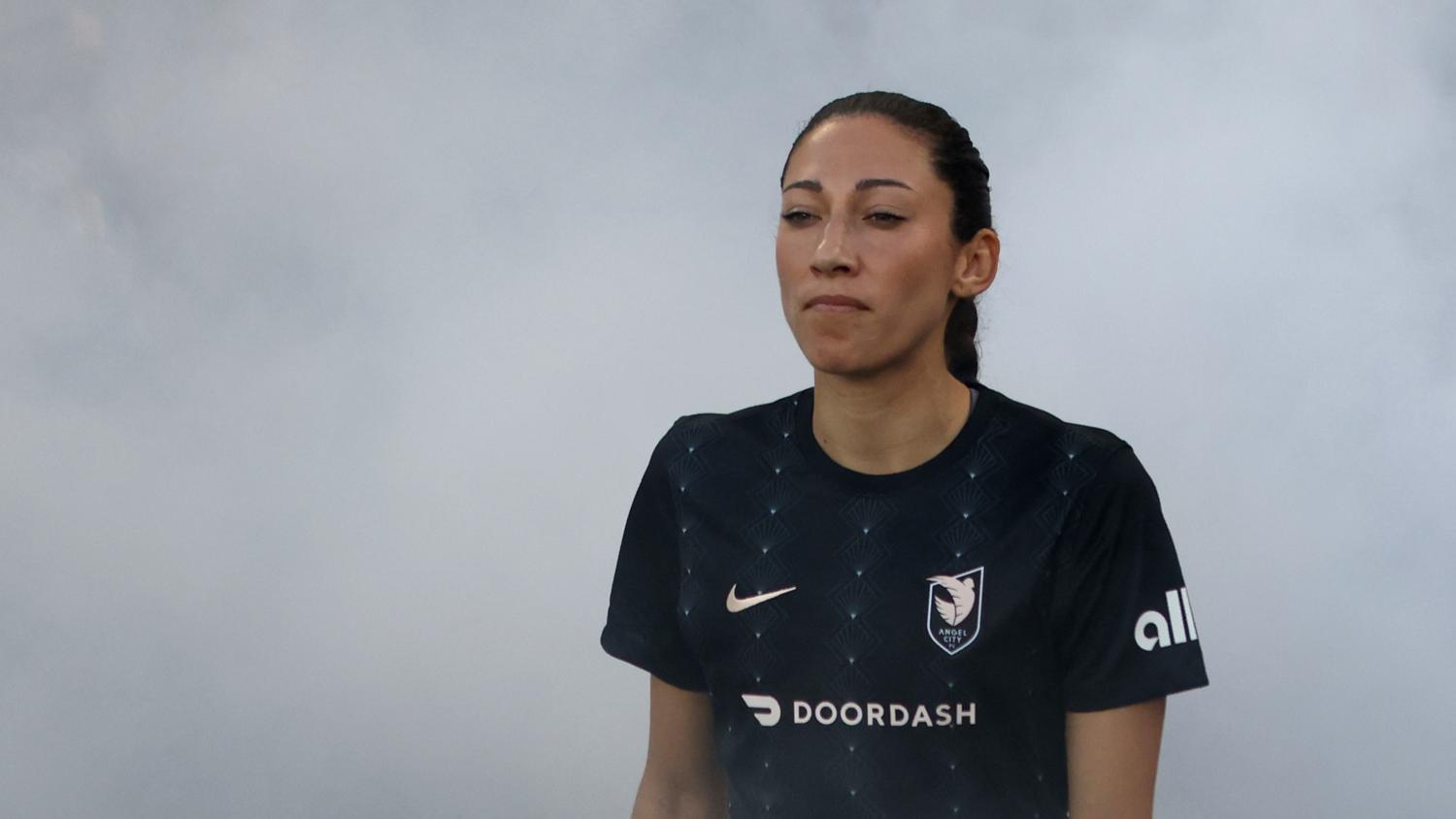 The USWNT and Angel City star will miss the rest of the season with a torn ACL.
Getty Images

Christen Press is crestfallen. Rounding into superb form after taking time off for her mental health, the Angel City star limped off the field on Sunday. A day later, she confirmed everyone’s worst fears: The Christen Press injury is an ACL tear, and she’ll miss the rest of the season.

Press is requesting dog photos to cheer her up.

Angel City placed Press on the season-ending injury list, a massive blow to the expansion club’s playoff hopes. With Press, Angel City had racked up 13 points in eight matches to sit fourth in the league.

“We are gutted that Christen has experienced this injury,” Angel City coach Freya Coombe said in a news release. “She has been incredible on and off the field for us this year. The team, our staff, and the whole Angel City organization are here to fully support Christen during her recovery and return to the pitch.”

Your team loves you, @ChristenPress. We are prepping all of the things on your list (and more) to help you through this time. https://t.co/zUxQCiRNTo

After taking some time off for her mental health last fall, Christen Press returned to the NWSL with Angel City in torrid form. She scored two goals in the Challenge Cup and two more in the regular season to help the LA club surge up the regular-season table.

Press had a goal and an assist in Sunday’s win over Racing Louisville, but limped off injured in the second half.

Christen Press helped off the pitch after an apparent knee injury. pic.twitter.com/FdSO4RTPx3

The heartbreaking injury couldn’t have come at a worse time, as the USWNT is preparing for World Cup qualifying next month. Press was named to the preliminary roster but did not make the final 23-player squad announced Monday that will travel to Mexico in July for the Concacaf W Championship, which serves as qualifying for the 2023 World Cup and 2024 Olympics.

Interestingly, U.S. coach Vlatko Andonovski said Press was not on the roster, even before her injury.

"Christen Press was not on the roster, even before the injury." — Andonovski #USWNT

Personally, I find this hard to believe. Press is one of the USWNT’s best goal scorers from a wide position, so it surprises me she was not rated ahead of Megan Rapinoe or Midge Purce.

Alas, it’s all moot as the Christen Press injury means she’s unavailable for the national team or her club for the rest of the year. Given the typical timeline for recovery from a torn ACL — six to nine months — Press could still return for the 2023 Women’s World Cup, which will be played in Australia and New Zealand in 13 months.

In the meantime, Press will have to seek solace in the many dog pics shared with her following her injury tweet.

it's all going to be okay, promise. also never forget that the soccer is the least most important thing about you. we love you very much, spirit spice. pic.twitter.com/iJdNNE676p

Whatever you need ❤️ pic.twitter.com/0wyv1Wulfg

Fortunately, Kaiya McCullough and a few others reminded folks that cats are just as important as dogs.

Christen you're a warrior, you'll be back. And when you do, we will be here to celebrate it. Here are my cats. Judgy looks is their love language pic.twitter.com/w6KQCHFmmE

Meanwhile, Heather O’Reilly did not understand the assignment and posted images of her baby instead of doggos.

Sending all our best wishes and a big virtual hug your way, Christen. You got this.