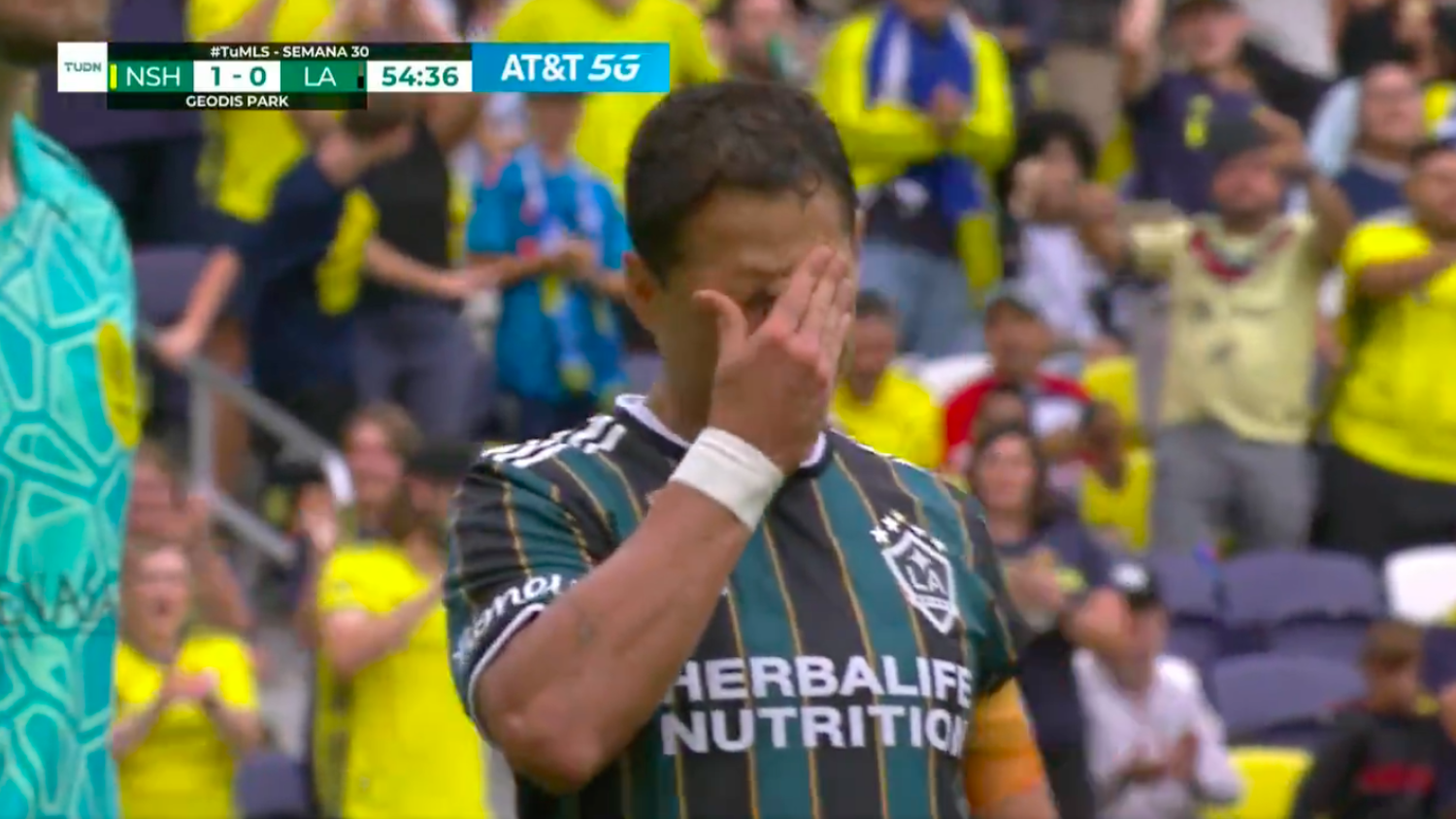 Chicharito is very bad at penalties.

The Mexican had a horrible attempt of a Panenka against Sporting Kansas City last week that cost the LA Galaxy three crucial points in the MLS playoff race.

A week later, he has missed again.

Even after his atrocious Panenka attempt in last week’s draw, Chicharito was still trusted for the kick.

Unfortunately for Galaxy, he failed again.

To be fair, it was more of a save from Joe Willis than a miss from Hernández.

The Galaxy did get another attempt at a penalty, but the stakes were too high to give their Mexican captain yet another opportunity.

Riqui Puig, the Galaxy’s latest signing, was the one in charge to shoot from the spot and with some luck, he tied the game in added time.

Riqui Puig's last kick of the game earns LA a point on the road in Nashville. pic.twitter.com/wg3e7bOFe7

A very lackluster point in the tight race for playoffs.

Why Is Chicharito Still Taking Penalties?

Chicharito has only made 16 of 31 penalty attempts throughout his career — a 51 percent conversion rate.

In addition, since the start of the 2010 MLS season, no player (with six attempts or more) has had lower conversion rate than Chicharito from the penalty spot. The 34-year-old has shot nine penalties and has only scored four — a conversion rate of 44.4 percent.

If the LA Galaxy chooses to keep Hernández as their designated penalty kicker, they might as well start flipping a coin.

I could actually see teams agreeing to flipping a coin whenever they concede a penalty to the Galaxy. Not only would other teams have secured a 50 percent chance of not conceding a goal, but the LA Galaxy would get a 5.6 percent chance increase in comparison to having Chicharito take them.

In all seriousness, Chicharito has been a great player for Galaxy, especially this season, but he should stand no where near the penalty spot.

There’s too much at stake, and if he’s as desperate for an MLS Cup as he says he is, he should reject taking penalties from now until the end of the season.