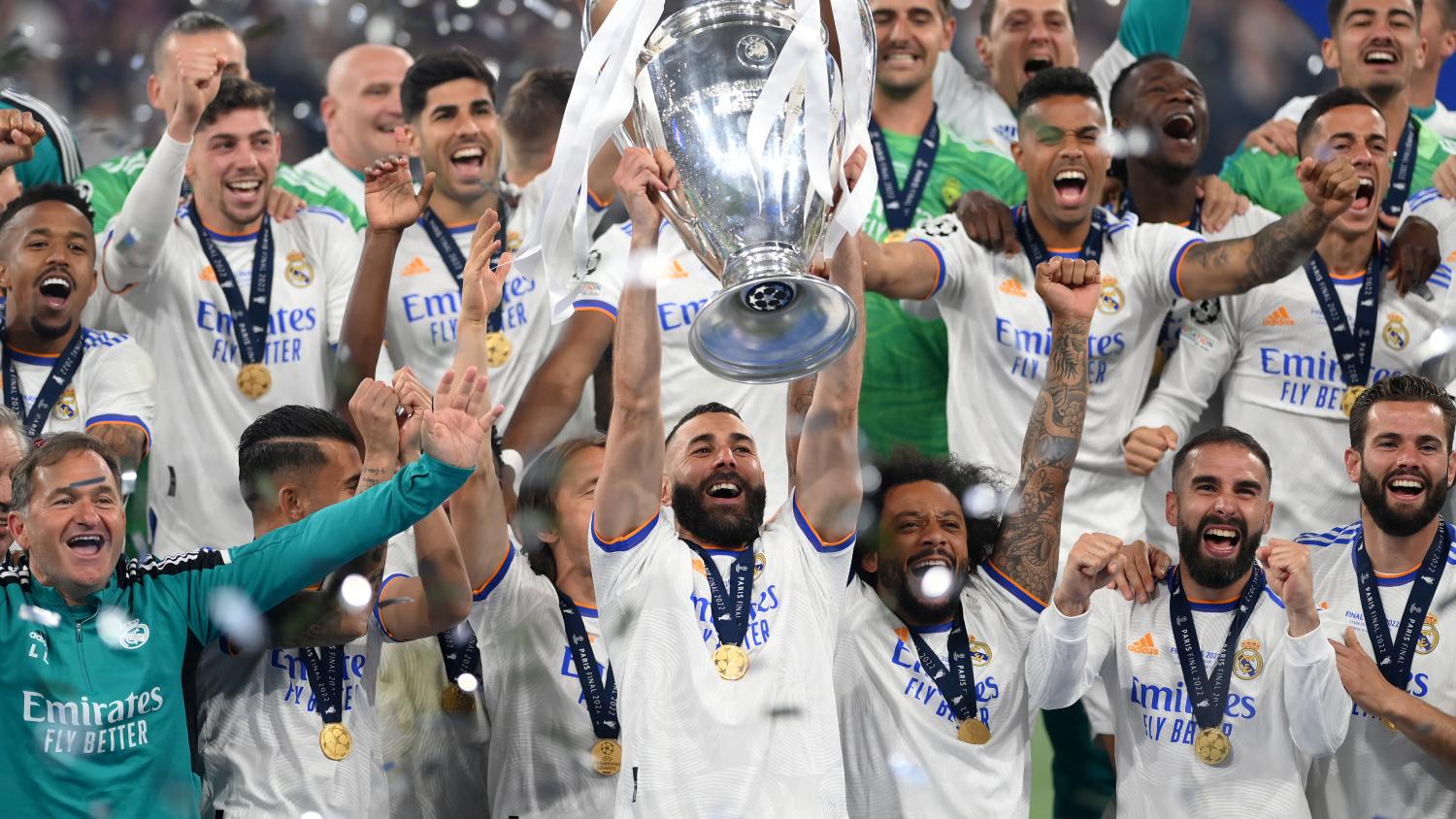 The Champions League is growing, and so too is UEFA’s U.S. TV rights deal. Paramount Global, which owns Paramount+ and CBS, will retain the English-language U.S. Champions League TV rights for the next six years thanks to a massive new deal with UEFA.

Paramount paid $1.5 billion to renew its media rights deal through the 2029-30 season, according to Bloomberg. That’s $250 million per year, more than double the $100 million Paramount had been paying.

That Walmart+ bundle is looking better and better.

Scoop: Paramount (CBS) has renewed its US media rights to Champions League matches in a deal valued at more than $1.5 billion over six years, more than doubling the size of its previous contract. https://t.co/D22aTlkgiz

UEFA was hoping to receive $2 billion over the next six years for U.S. TV and streaming rights, according to Bloomberg, and might still get there. This Paramount deal does not include Spanish-language rights, which are currently owned by Univision but could be nabbed by Telemundo.

The Champions League TV rights deal comes on the heels of big-money contracts for other soccer competitions in the U.S.

Last November, NBC spent $2.5 billion for a six-year extension to keep the English Premier League. Before that, ESPN dropped $1.4 billion on an eight-year deal with LaLiga. This summer, Apple paid an astounding $2.5 billion for 10 years of Major League Soccer. In other sports, CBS, NBC and Fox combined on a $7 billion deal for Big Ten sports. (If the Big Ten is worth that much now, the SEC should be able to pull in twice that when it next negotiates TV rights, especially with Texas and Oklahoma joining.)

The Champions League TV rights deal makes sense for Paramount. Earlier this year, the Champions League final between Liverpool and Real Madrid became the most-watched final in English in U.S. history, averaging 2.761 million views, peaking at 3.2 million. No doubt soccer in the U.S. will receive a bump in the middle of the new deal as the U.S. co-hosts the 2026 men’s World Cup with Mexico and Canada.

Additionally, the Champions League will nearly double in size when this new contract begins for the 2024-25 season. The revamped Champions League will include 36 teams in the primary group stage, with 100 more matches (225 from 125) in total. Instead of eight groups of four, the 36 teams will play 10 matches against teams of relatively equal strength based on four pots of nine teams. (Read more about the new format here.)

Now if Paramount+ can just improve the quality of its women’s soccer broadcasts.