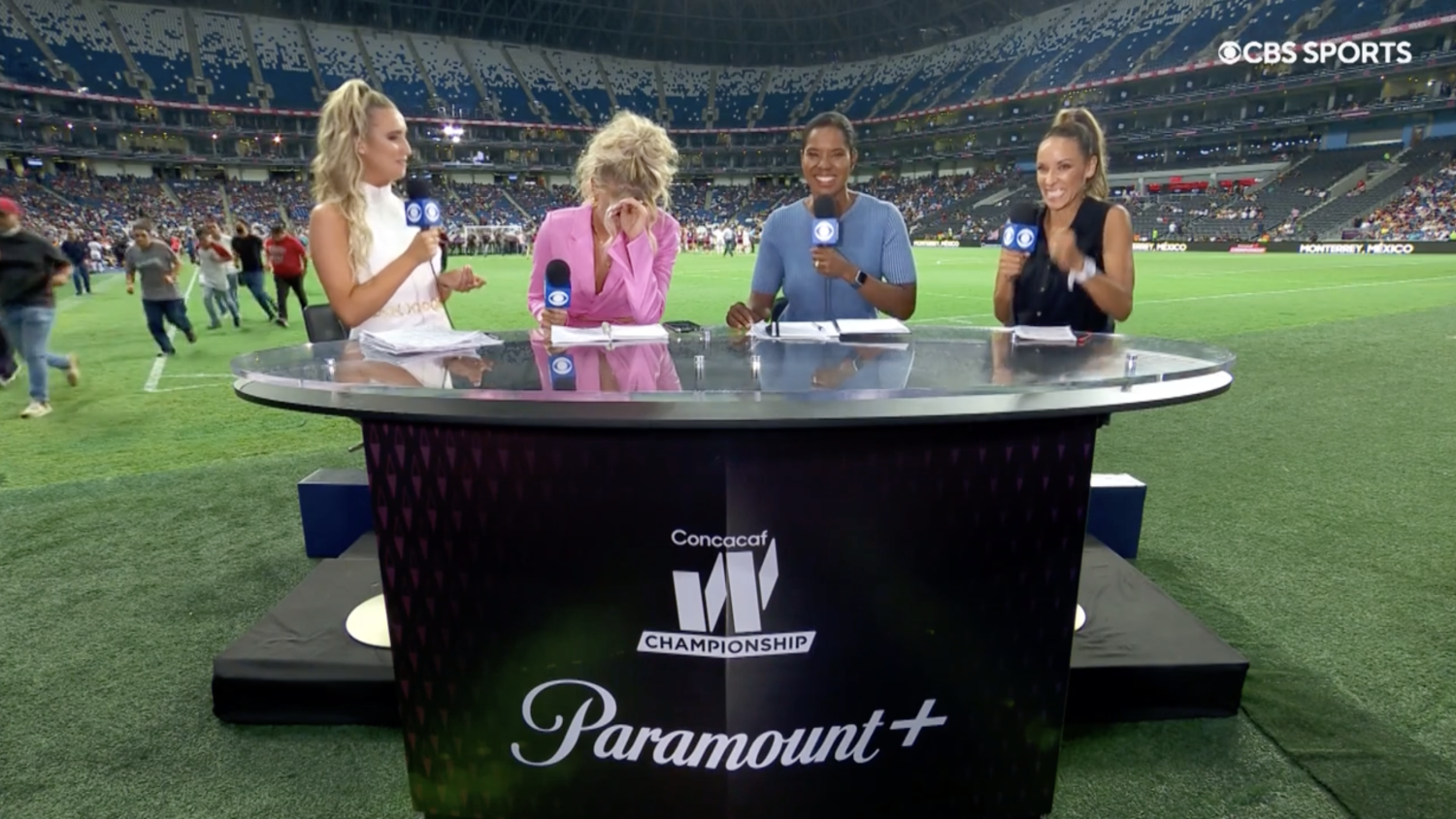 The Concacaf W Championship was mostly a success for Paramount+, but big issues remain.
Paramount+

Paramount+ is one of soccer’s fastest growing streaming platforms. With the NWSL, Champions League, Serie A, Europa League and a slew of international Concacaf competitions, it’s becoming harder and harder to avoid paying for Paramount+.

After watching the Concacaf W Championship on Paramount+ over the last couple of weeks, there are three major issues the streaming service and CBS must work out before it airs another minute of soccer and before you pay another dime for the service.

As someone who grew up at a time when soccer was nearly impossible to find on TV in the U.S., I’m never going to complain about having countless viewing options. While it’s becoming increasingly expensive to watch all your favorite leagues around the world, that Americans can watch thousands of matches live every year is something I do not take for granted.

For the most part, CBS has done a great job covering the beautiful game since stepping into the soccer world in earnest in 2020. Unlike Fox, which rarely sends broadcast crews to cover matches in person, the CBS/Paramount+ crew attended the Concacaf W Championship semifinals and final in Mexico, and the all-woman cast was — barring an egregious error highlighted below — excellent. It could certainly be worse, and I’d rather watch bad coverage of soccer than no coverage of soccer.

That said, I still have some gripes with the quality of the broadcasts.

There’s one thing you learn when watching women’s soccer in America: not all streams are created equally.

While most men’s soccer streams for European, U.S., Mexico and international matches are of the highest quality, women’s soccer hasn’t quite reached those levels. The joke when watching NWSL matches is that they’re filmed with a potato.

For the Concacaf W Championship, the camera fidelity was great. The problem was the streaming.

Many times throughout the competition — most often during the final between the USWNT and Canada — the video quality would turn to absolute dog shit, as if we were watching on a dial-up 56k modem. This would typically correct itself within 10-15 seconds, but I spent far too much of the final squinting to figure who had the ball.

To make matters worse, in the closing minutes of the match, the feed completely crapped out. Many viewers missed a minute or three of the match at a vital time.

Did this #USWNT match on Paramount freeze for me or everyone else too??

Issues have plagued CBS All Access (what the platform was called when it first launched) since its debut, including playback issues or some content displaying incorrectly. On Monday night if you wanted to watch the third-place match and then the final, you couldn’t just leave the stream on, you had to back out and find the new stream for the final. Paramount+ in general remains a buggy service, made worse by the fact it can be a nightmare to watch non-soccer events if you don’t pay for the ad-free version.

Every streaming service has its growing pains, but at this point Paramount+ has been around way too long for these hiccups to be happening so often.

More than a year ago, I wrote about how CBS/Paramount+ announcers were misgendering Canada and OL Reign midfielder Quinn. Sadly, it’s still happening.

Throughout the tournament, CBS/Paramount+ announcers misgendered Quinn, whose pronouns are they/them. The Olympic champion has been out as nonbinary and transgender since 2020, giving announcers plenty of time to figure out how to call a match in which Quinn is playing.

During Thursday’s semifinal against Jamaica, Quinn was referred to as “her” at least once, which is one time too many.

I didn’t hear any she/hers for Quinn during the final on Monday, which shows there is an effort being made. However, the announcers — Lisa Byington and Aly Wagner — still struggled with how to use Quinn’s pronouns. Instead of using they/them as you would she/her, Wagner would say things like “that was really good defending by they.” OK, you’re trying, but maybe try harder?

Just gonna get the seminar together so the commentators can stop making it weird: https://t.co/rjmbysOTmh pic.twitter.com/pdl3ByeSv7

Plus, with Quinn being such an easy-to-say name, if you’re unsure of what pronoun to use, just say Quinn. It shouldn’t be this hard.

3. Know When To Air Games On TV

Monday night was the championship game of the regional women’s soccer tournament. There was nothing else major going on in the sports world (unless you count the home run derby, and you know we don’t), and most networks are airing reruns during this time of the summer.

And yet, the Concacaf W Championship final between the No. 1 team in the world and the defending Olympic champion couldn’t find a way onto TV screens in America (in English).

I get that CBS wants to drive people to Paramount+, but it’s disappointing that USWNT vs. Canada isn’t at least being simulcast on CBSSN, especially on a barren night for live sports. I’m enjoying the TUDN announcers, even though I don’t understand them.

What was airing on TV at the time of the final? On CBS we had reruns of NCIS for your dad to watch as he falls asleep in his chair. On CBSSN, there was a rerun of an even worse kind: golf.

C’mon CBS, do better. I know you want to grow streaming subscriptions, but do you have to do it at the expense of the biggest women’s game of the year in the region?

If you’re going to go through all the effort to put boots on the ground in Mexico, why not air the game on TV and show off how great women’s soccer is? It’s not a great look when the Concacaf Gold Cup final is on TV, but the women’s equivalent is not. CBSSN has been airing preseason men’s soccer friendlies but apparently is too busy for the Concacaf W Championship?

ESPN is making CBS look bad by airing the 2022 Women’s Euros final on ESPN and not ESPN+. The Copa América Femenina final is on FS2 and the Women’s Africa Cup of Nations final is on beIN SPORTS. Every major women’s soccer tournament final this summer is available on American TVs except the one involving Americans.

CBS should be embarrassed.