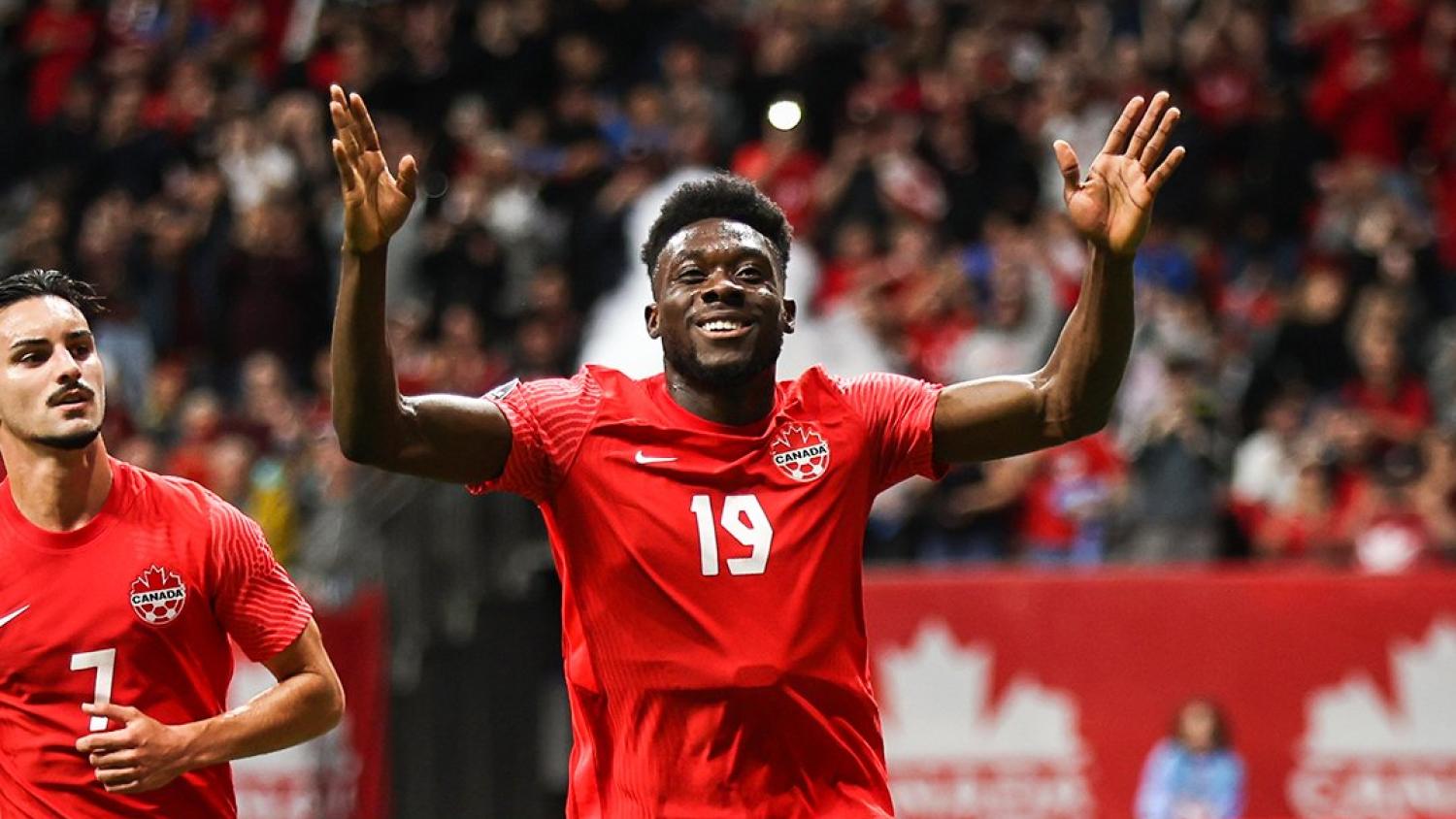 Sure, it was just Curacao, but wow was it impressive.
Twitter

Canada’s World Cup odds aren’t amazing. Being in a group with No. 2 in the world Belgium, 2018 World Cup runner-up Croatia and Morocco is less than ideal. Despite being underdogs, Canada’s dominant 4-0 victory against Curacao on Thursday with Alphonso Davies pulling the strings was a good sign that Canada could cause trouble in Group F.

Davies was everywhere for Canada during Thursday’s Concacaf Nations League game at BC Place in Vancouver. The Bayern star scored twice in his first game back for the national team since he was sidelined with myocarditis. His last game with Canada was that wild, cold World Cup qualifier against Mexico in Edmonton.

The Maples Leaves and Davies were electric against Curacao.

Alphonso Davies is back!

It had to be him! On his return back to the Canadian national team he scores from the spot. pic.twitter.com/f9V1loh3vy

He reacts quickly and his header doubles the Canadians lead. pic.twitter.com/gBbrFKntcb

Alphonso Davies has a brace!

Back in Vancouver and he is showing out! pic.twitter.com/PyAHPK1LBj

It's a party in Vancouver tonight! pic.twitter.com/v4JlqW5Ukq

It’s been hard to gauge just how good Canada really is. This team at full strength is scary. Unfortunately for fans they hadn’t had a chance to see Canada play with Davies in 2022 until Thursday night.

Canada canceled its previous two friendly games. A game against Iran was called off due to controversy and then a match with Panama wasn’t played due to player protests of pay.

Canada Soccer has cancelled the international match that was scheduled for 5 June 2022 against Iran as part of the Men’s National Team preparations for the FIFA World Cup Qatar 2022™. Additional details will be provided to all ticket purchasers. pic.twitter.com/7GhKT5toa7

Davies is a beast for Bayern on defense, but with Canada he plays a more forward role and good goly is he exciting to watch.

This Canada team was already a solid squad. Despite not having Davies for almost half of Concacaf's final round of World Cup qualifying, Canada still topped the group. With a healthy Davies the team gets a powerful extra spark.

Canada’s next game will be a Nations League visit to the Olímpico Metropolitano in Honduras.