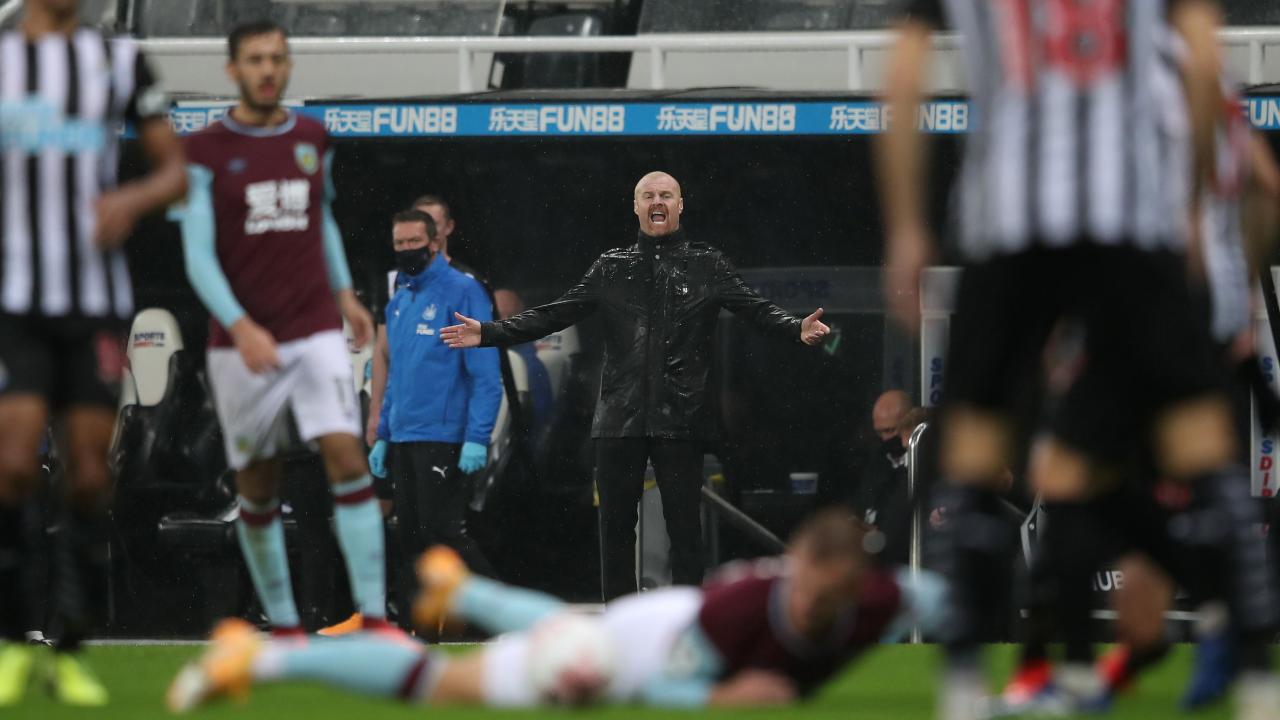 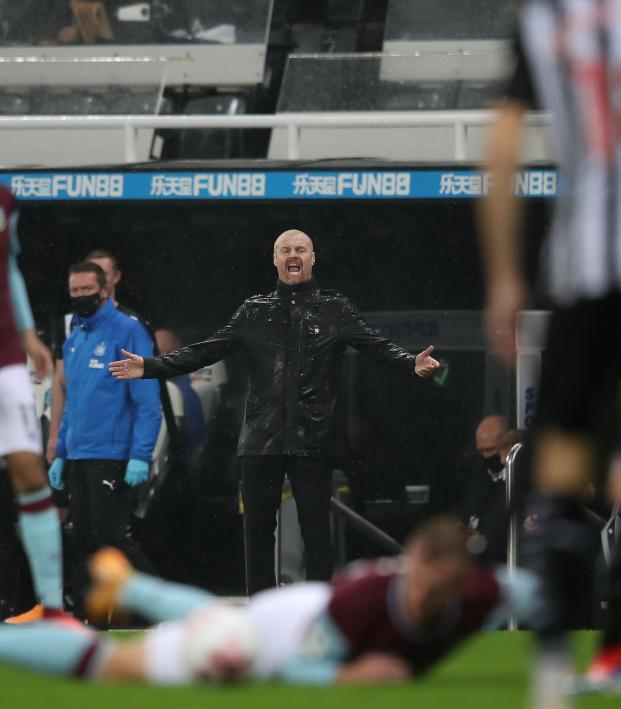 Burnley Has Proven It Belongs Among The EPL Giants, But Could Its Stay Be Coming To An End?

Liam Hanley November 19, 2020
In the midst of its best first division spell in half a century, Burnley is winless in seven matches to start the season.

It is fair to say that money controls the Premier League. Money is the reason Manchester City and Liverpool are title contenders, while Brighton and West Brom languish near the bottom of the table.

Soccernomics co-authors Simon Kuper and Stefan Szymanski calculated that 90 percent of variation in league position in the Premier League is determined by a club's wage bill.

Occasionally clubs can succeed despite of their financial situation. Leicester City won the title in 2015-16 with a miraculous run under Claudio Ranieri. Wigan Athletic was a perpetual underdog in the 2000s under Roberto Martinez but managed to stay in the Premier League for eight seasons. More recently, Eddie Howe's Bournemouth overcame the odds for five seasons before succumbing to relegation.

But small clubs can only tread water for so long before they either sink or swim. Leicester is now a regular Premier League contender with the funds to spend upwards of $100 million a season, while Bournemouth and Wigan are now in the Championship and League One, respectively.

Burnley is a football club that now faces a similar situation. The Clarets consistently rank near the bottom of the Premier League in player wages, squad value and a host of other financial categories, but have been able to consistently outperform their miniscule wage bill and achieve mid-table Premier League finishes for four seasons running. 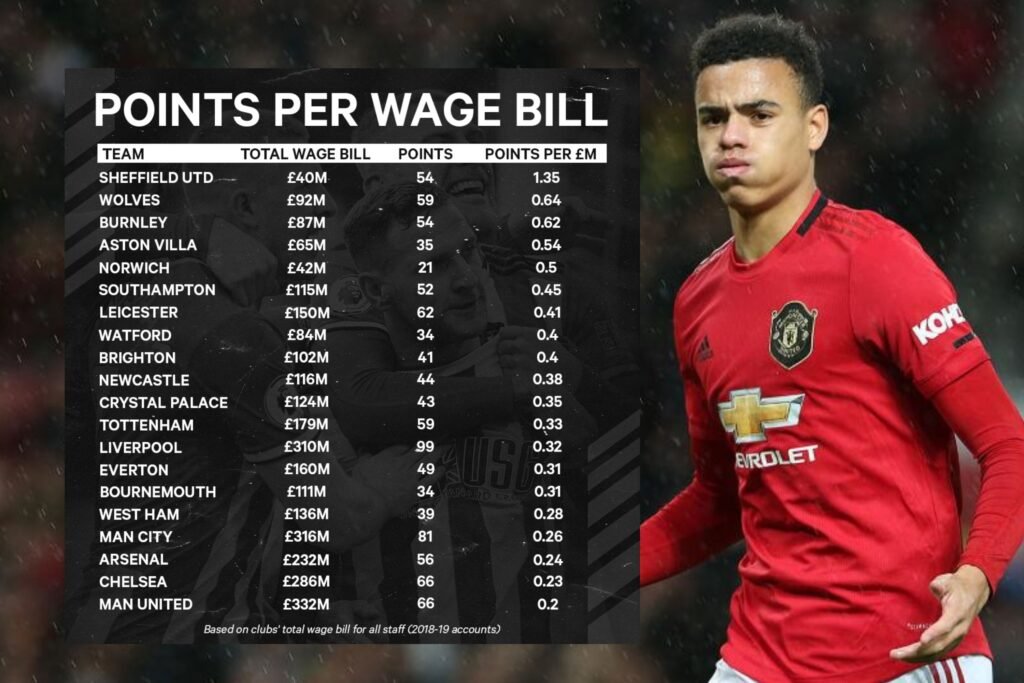 To put Burnley's spending into perspective, Aston Villa spent just over $175 million during the 2018-19 season on new players after gaining promotion. That is a tidy sum of money. It is also $27 million more than Burnley's transfer spending during the last five Premier League seasons combined.

Saying that Burnley has the funds to compete with the Premier League big boys is faricical; Burnley can barely afford to spend like the smallest teams in the league. So how has this penny-pinching club improbably managed Premier League survival for five seasons?

But with the club still winless after seven Premier League matches this season, can that trend continue, or will Burnley give way to its lower tier fate, as so many minnows have before?

One of Burnley's hallmark traits is its frugal spending habits in the transfer market.

The Clarets may not spend excessively in the transfer market, but it derives extraordinary value from its players.

Goalkeeper Nick Pope was a $1.43 million find from Charlton in 2016, while a season later left back Charlie Taylor joined on a free transfer from Leeds. Both are now regular starters and Pope has four England caps to his name.

Even more "extravagant" purchases (at least by Burnley standards) have produced for the club. Chris Wood cost $18 million from Leeds but has produced double-digit goal totals in each of his three Premier League seasons, accounting for more than a quarter of Burnley's goals during this period.

Many key Burnley players were also purchased for nominal sums before the club's Premier League days.

Ashley Barnes, who has 38 Premier League goals for the Clarets, was procured from Brighton for just $600,000 in 2014. Center back James Tarkowski, now one of England's finest defenders, joined for $4.4 million in 2016 and has been a mainstay in the Burnley backline ever since.

Just saying Ashley Barnes scored this goal for Burnley at the weekend but his name isn’t Cristiano Ronaldo so no one really cares. pic.twitter.com/2YsPLFTLAs

While Burnley may not have the most technically skilled players, manager Sean Dyche has molded them into a cohesive and resilient squad. Burnley plays a physical style of football, reminiscent of the bygone days of the English First Division, highlighted by frequent long-balls and crosses to exploit his side's aerial prowess.

Last season, the Clarets finished with the lowest pass completion percentage per game and the fewest dribbles per match, while also finishing in the bottom three in possession and shots (per WhoScored). Despite these shortcomings, Burnley led the league last year in aerial duels won per match while finishing second (behind only Manchester City) in shots taken from inside the six-yard area.

Despite creating few chances, the attacking opportunities Burnley does create are high quality and converted at a favorable rate. In each of the past two seasons, the Clarets have finished in the top eight in the league in percentage of shots on target.

While Dyche's rigid 4-4-2 formation doesn't offer a lot going forward, it is difficult to break down defensively. Dyche's back four is a physical group that defends deep and narrow to prevent opponents from penetrating the 18-yard area.

Last year, Burnley's opponents took the highest percentage of shots outside the 18 but had the lowest number of shots taken inside the six-yard area— the opposite of what Burnley executes so well offensively.

But could this be the season that Burnley's five-season run in the Premier League ends? The Clarets sit in 19th with no wins and just three goals scored through seven matches.

Burnley is no stranger to a relegation battle. The club finished 16th in 2016-17, a mundane season where the club spent much of the campaign hovering above the relegation zone. Sean Dyche's side had a bigger scare in 2018-19. The club sat 18th at the halfway mark, then went on an eight-match unbeaten run and eventually secured Premier League safety with a three-game winning streak late in the season.

This season, even with meticulous financial planning, the club has not been spared by the COVID-19 pandemic. Back in April, club chairman Mike Garlick said the club could run out of money by August. Such a scenario has not occurred, which Garlick attributes to the club's responsible financial practices.

"Thankfully, we remain a club that is financially stable, with no external debt," Garlick said, "and that is primarily due to the steady course we have sailed for many years now, in tandem with good player trading. However, we do always have to keep a weather eye on the present and immediate future, and in these uncertain times, that seems a sensible strategy"

With the fiscal future of the club at stake, a takeover of the club has been discussed, but negotiations are still ongoing.

In the meantime, Sean Dyche has been unable to spend in the transfer market, only being allowed to dole out a $1.2 million fee for Brighton midfielder Dale Stephens.

A lack of transfer activity has been coupled by a decline in productivity on the pitch this season. Offensively the side has been inept; it has seen a 50 percent decline in shots taken from inside the six-yard area while it ranks fourth in shots taken from outside the 18. It doesn't help that the Clarets are converting just 3.2 percent of shots on target into goals.

Advanced stats also support this data: Burnley's expected goals is down from 1.29/match last season to 0.77/match this year, while the number of big chances created per game has decreased from 2.1/match to 0.85/match.

Defensively, Burnley has been fair, allowing 12 goals through seven matches, although the team is allowing more shots inside the six-yard area and fewer attempts outside the 18. But these slight declines on the defensive end have been accentuated by the side's offensive incompetence.

A difficult schedule is also to blame, as the Clarets have faced Chelsea, Spurs, Southampton and Leicester, all in the top five, so far this season.

Where does Burnley go from here?

Despite the club's lowly league position, a win would take the Clarets out of the relegation zone. Until the team's attackers find some sort of form, the side will need to continue to take advantage of its strengths: set pieces and defense.

The club scored 30 percent of its goals last season off set pieces and two of its three league tallies this year. Burnley is not a high scoring club, consistently recording between 35 and 45 Premier League goals, but each of its last four league finishes are directly correlated to the number of goals conceded.

Dwight McNeil has been a bright spot on the left wing, as he is one of the few creative dribblers in the squad, while James Tarkowski has been solid as ever at the back. But Burnley needs production from the rest of the squad, specifically Chris Wood and Ashley Barnes up top.

The Clarets host Crystal Palace after the international break ends and then face tough tests against Manchester City, Everton and Arsenal. The schedule lightens up a bit after that, but should Sean Dyche's men struggle, the relegation zone is a difficult place to be with nearly a third of the season complete. Injuries will likely begin to accumulate as the season goes on as well, which will test the depth of thin squad.

Despite the need for more depth, with money tight, new players are unlikely to be brought in unless a takeover is completed.

When asked about the current transfer market situation and the deflating prices caused by COVID-19, Dyche responded: "I don't know but it is unlikely to soften to the point of getting Nick Pope for £1m. Money or no money, it is very difficult."