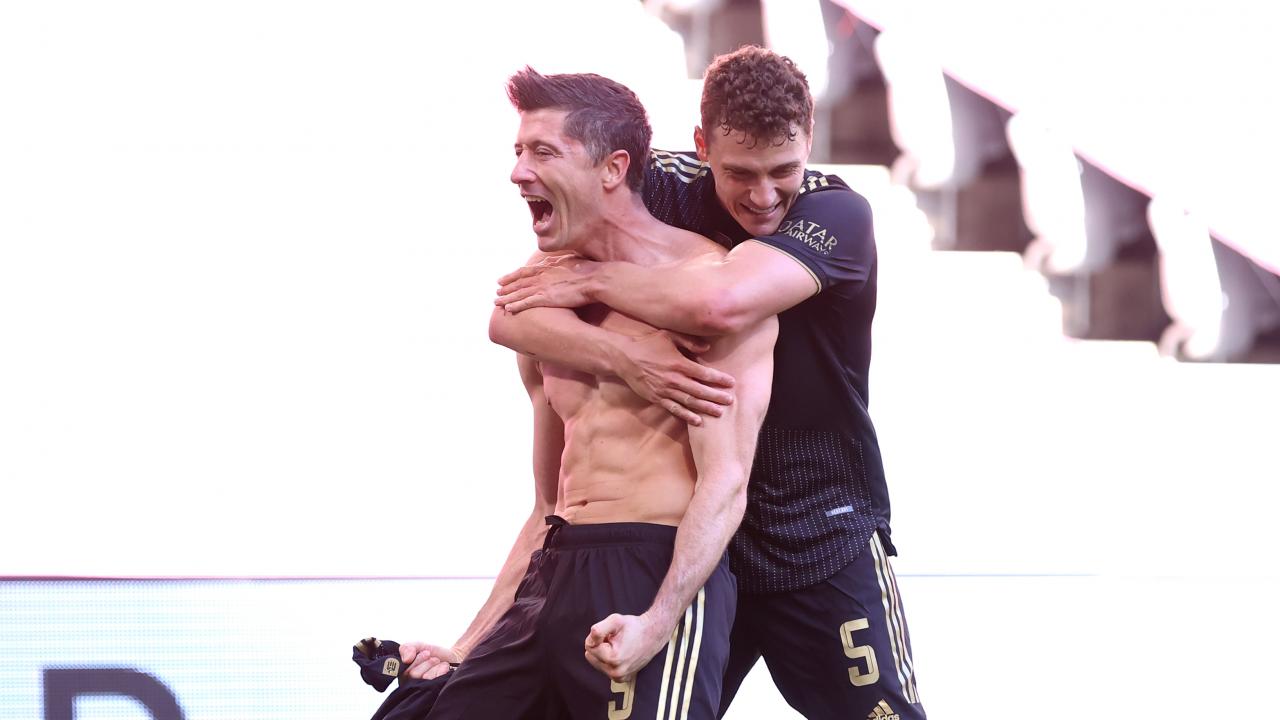 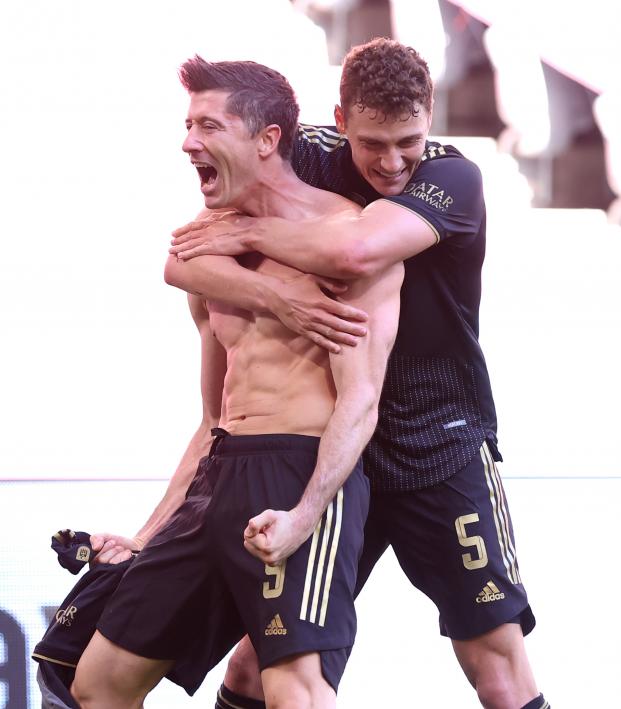 Forty-one — that’s all that really mattered for Bayern Munich in its season finale against Augsburg on Saturday. Sure, there were send-offs for beloved club players like David Alaba, Jérôme Boateng, Javi Martínez and coach Hansi Flick, but what Die Roten really wanted was to get Robert Lewandowski a 41st goal to break the Bundesliga single-season goals record, which had stood since 1972.

The goal finally came with the final kick of the match.

Robert Lewandowski took nine shots, forcing Augsburg keeper Rafal Gikiewicz to make five saves, before his 10th effort of the night found the back of the net in the 90th minute as Bayern claimed a 5-2 win.

The late strike, a classic Lewandowski pounce, came after Gikiewicz, a fellow Pole, spilled a low, rifled shot from Leroy Sané. Lewandowski was first to the rebound, took one touch away from the keeper and fired home, immediately ripping his shirt off in celebration like Brandi Chastain.

Scoring records can feel a bit trite these days given how Lionel Messi and Cristiano Ronaldo have obliterated seemingly every major mark available to them. But the Bundesliga single-season goals record had been untouched, unchallenged in 49 years.

It looked like Lewandowski might not catch former Bayern legend Müller after suffering a late-season injury that kept him out of four league matches (and the Champions League quarterfinal defeats to PSG). But Lewa scored six goals in the final four matches, including a hat trick against Borussia Mönchengladbach on May 8, to overtake Müller in just 29 games.

Augsburg didn’t make it easy for Lewa on Saturday.

Lewandowski had two shots denied one after the other before Serge Gnabry headed home to make it 2-0 (Bayern took the lead on a ninth-minute own goal).

Lewandowski was so close to that record ⏳ pic.twitter.com/ojE35xCuaK

Bayern players not named Lewandowski seemingly scored at will in the first half.

With Augsburg’s defense focused on denying Lewandowski, Bayern players had plenty of space on the edge of the box to launch a couple of bombs from long range, first from Joshua Kimmich then from Coman Kingsley.

It really started to feel like Lewandowski wouldn’t get that Bundesliga single-season goals record.

Lewandowski is so close to breaking Muller's scoring record pic.twitter.com/CimnwYQQ4p

As Flick began making substitutions, Augsburg began mounting a comeback. André Hahn and Florian Niederlechner scored four minutes apart to halve the deficit with 20 minutes remaining. The goals meant Manuel Neuer would not make it two records on Saturday. Another clean sheet would have broken a tie with another Bayern legend, Oliver Kahn, for most career shutouts. Instead, they remain tied on 204 until next season.

Not that Bayern was too concerned, Flick more focused on giving curtain calls for Alaba and Boateng (and playing time to Martínez). The farewells were emotional — at times the broadcast focused more on hugs on the sideline after Alaba and Boateng exited than the action on the pitch.

In the end, Bayern Munich capped its season with a legendary record for its talisman and a trophy celebration, having already clinched the Bundesliga title.

Javi Martinez, David Alaba and Jerome Boateng lift the Meisterschale together in their last match for Bayern Munich ❤️

What a special moment for the champions! pic.twitter.com/A1SaekBFl0

For American fans, things weren’t as cheerful. Josh Sargent’s Werder Bremen was crushed 4-2 by Gladbach and Matthew Hoppe’s Schalke lost 1-0 to Cologne, meaning both USMNT strikers will be relegated. Werder had a chance to stay up via the relegation/promotion playoff with a win or Schalke draw/win, but Saturday’s results meant Werder and Schalke finished at the bottom of the table for immediate relegation. (Schalke had long been relegated.)