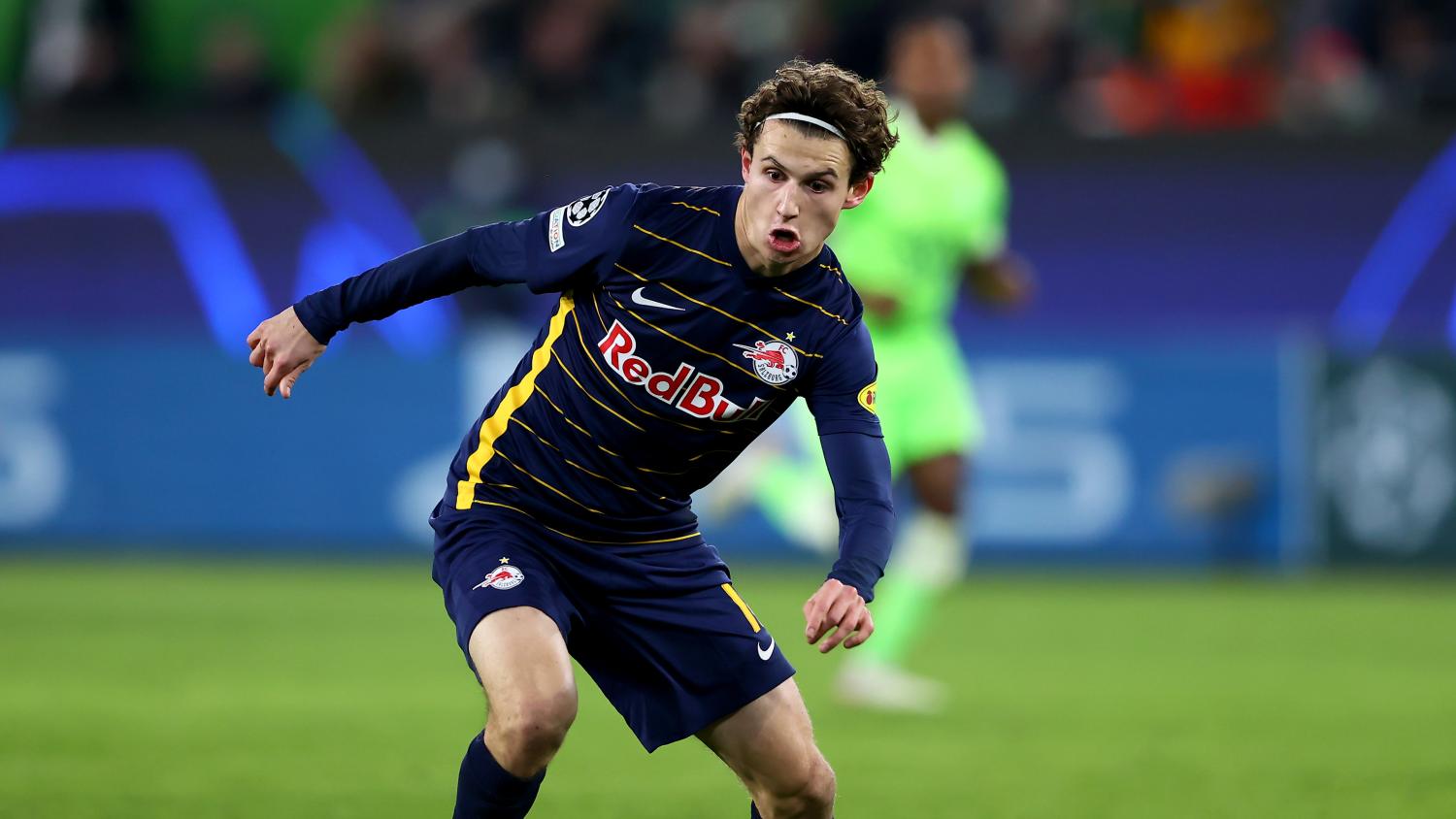 The 21-year-old American got an assist while creating five chances for Salzburg.
Getty Images

Remember when Leeds United tried to buy Brenden Aaronson from RB Salzburg for $20 million during the January transfer window? The Austrian club can now tell potential suitors to double that price after the 21-year-old American put on a show against Bayern Munich in the Champions League Round of 16 on Wednesday.

After navigating the group stage for the first time in Salzburg's history, the popular opinion was that Bayern was going to give the club a first leg beatdown along the same vein as Manchester City's 5-0 dismantling of Sporting.

However, with the backing of a boisterous crowd at Red Bull Arena, it was Salzburg that took an improbable lead in the 21st minute through 20-year-old forward Chukwubuike Adamu. It was Aaronson who got the touch that brought the ball to Adamu, and even if he didn't intend it, it's an assist for the New Jersey native.

Off the bench. First time finish against Bayern. And he hit the Griddy. pic.twitter.com/3Bre7bRPmz

Three minutes later Aaronson got the better of Niklas Süle but saw his shot saved by Sven Ulreich.

Salzburg went to the locker room at halftime leading 1-0, and Aaronson's statistics were near perfection at that point.

Brenden Aaronson is putting on a show vs. Bayern Munich. pic.twitter.com/xGPO7Wv27X

The American would go the full 90 while creating two more chances in the second half, giving him a match-best five key passes. The legendary Thomas Müller was second with four.

Unfortunately for Salzburg, the Bayern machine found an equalizer in the 90th minute through Kingsley Coman.

If you're still questioning Aaronson's level, just take Thierry Henry's word for it.

Thierry Henry has high praise for the Medford Messi aka Brendan Aaronson. pic.twitter.com/rgk5MUFx2e

The return leg in Munich is scheduled for Tuesday, Mar. 8.