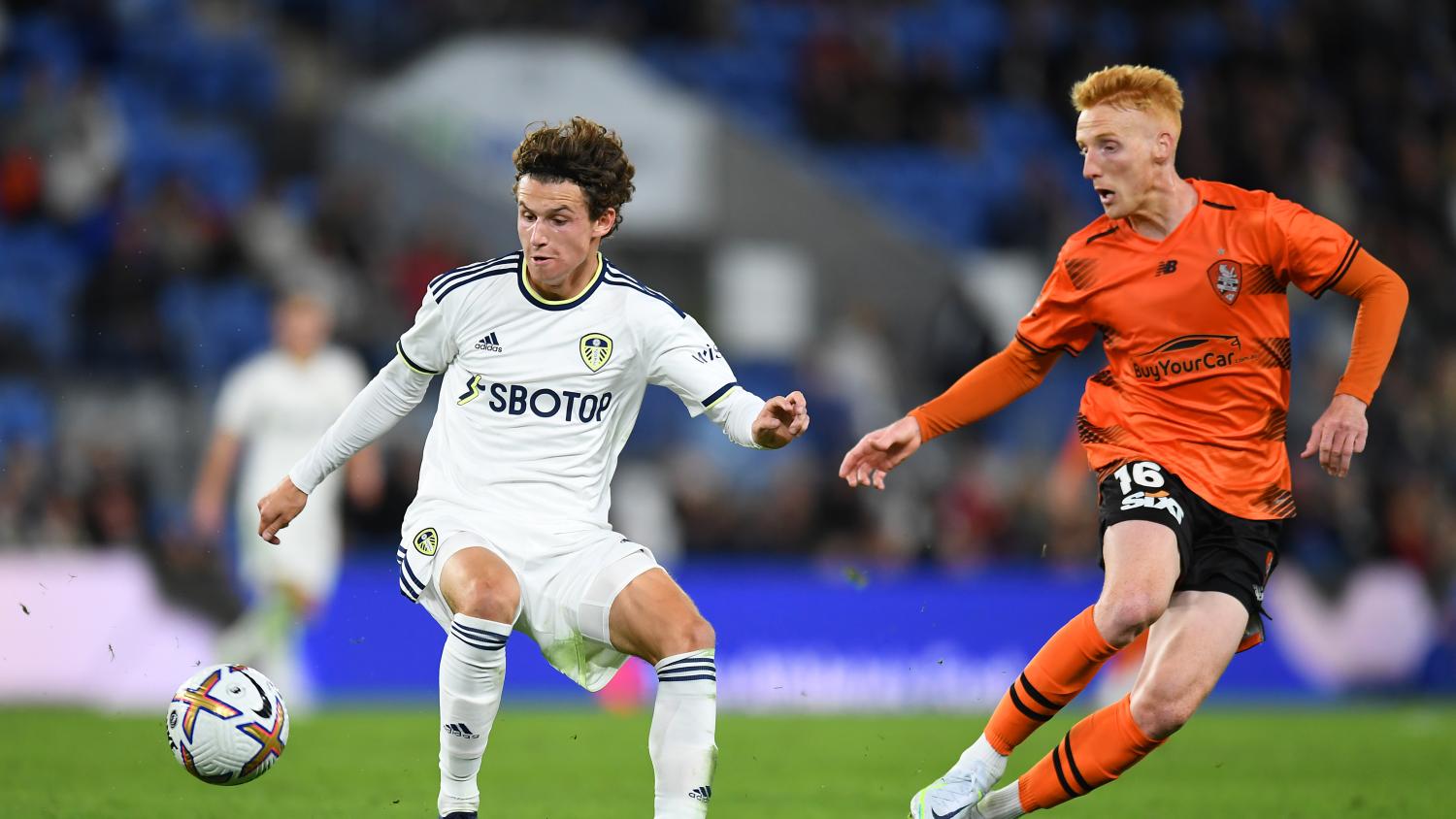 So close, yet so far for Brenden Aaronson.
Albert Perez | Getty Images

Leeds United continued its preseason tour this week with a trip down under to face the Brisbane Roar. Former Red Bull Salzburg midfielder Brenden Aaronson was named as a starter and almost kicked off his debut in spectacular fashion.

Aaronson put the ball in the back of the net just ~10 seconds into his Leeds debut, but was (rightly) ruled offsidepic.twitter.com/Su5vVgMash

Just 17 seconds after kickoff, Dan James broke through the defense and squared a ball across the box for Aaronson to tap home from close range. The only problem was that he happened to be in an offside position. Possibly a case of overexcitement, maybe just a slight misjudgment; it seems the wait for a first goal will have to go on, but the future looks bright for the young American.

Brenden Aaronson and Tyler Adams in action for Leeds ❤️

The rest of his debut was fairly uneventful, with Dan James stealing most of the headlines as he bagged a goal and an assist. Tyler Adams also made his debut as a second-half substitute, contributing defensively, but ultimately not having much impact.

Jesse Marsch’s squad's next preseason fixture will be against Aston Villa on Sunday at 12:35 a.m. ET.