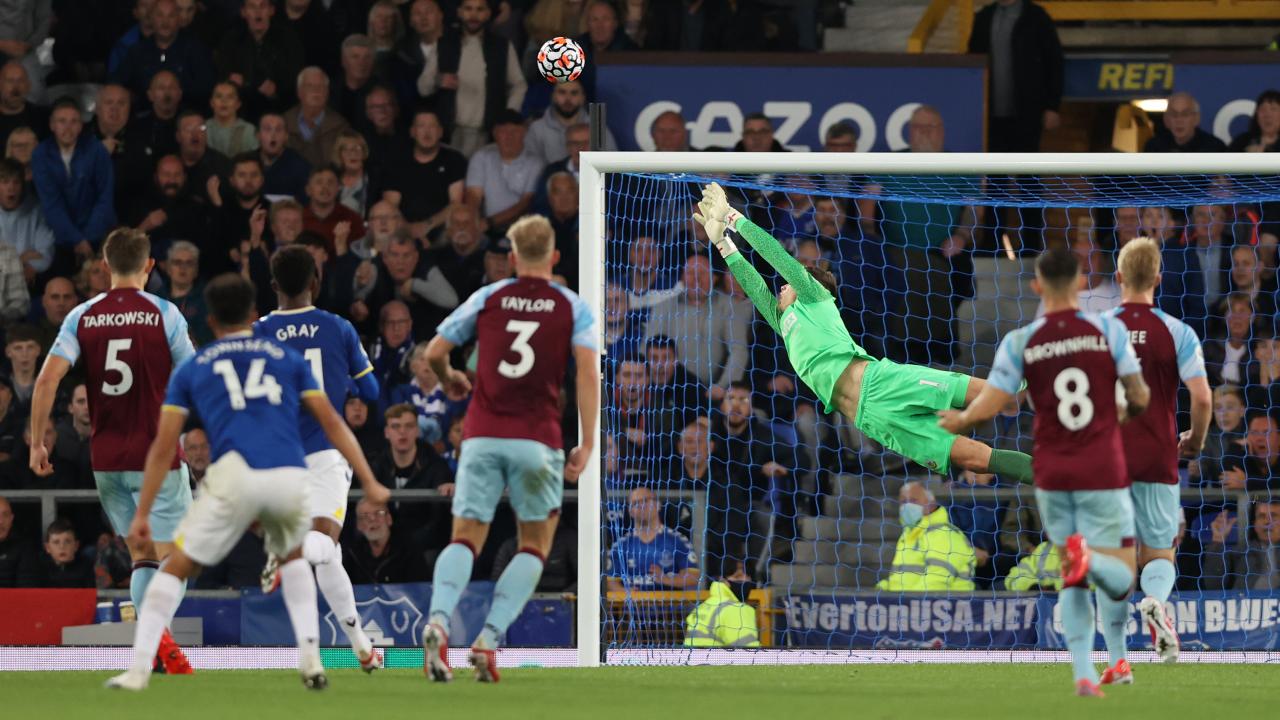 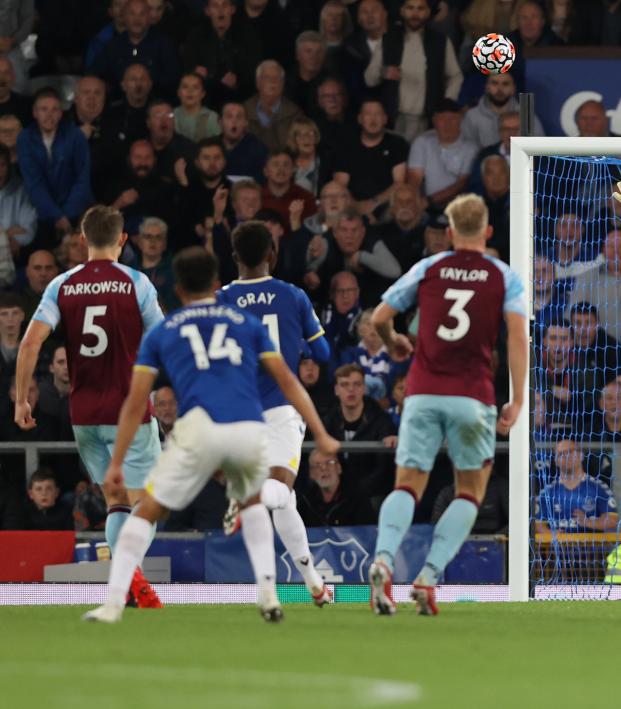 Andros Townsend, King Of The Amazing Goal, Scores One Of His Best

Connor Fleming September 13, 2021
When Townsend is playing under Rafa Benítez, the winger transforms into Arjen Robben.

After going 35 Premier League games without a goal, Andros Townsend — reunited at last with Rafa Benítez at Everton — scored the sort of goal that only Andros Townsend can produce. It was a beautifully shaped 25-yard effort that was equal parts violence and precision, and the go-ahead strike in Everton’s 3-1 win over Burnley on Monday night.

With 10 points from four games (good for fourth in the table) and Townsend already scoring one and creating two, Benítez is quickly winning over Goodison Park with his decision-making.

Townsend looked destined for big things when making the breakthrough into Tottenham’s first team and the England squad back in 2013, but the winger's career stalled as Spurs shuffled through the managerial reigns of André Villas-Boas and Tim Sherwood before appointing Mauricio Pochettino.

Frozen out under Pochettino, Townsend found refuge at Newcastle United midway through the 2015-16 season. Although it was Steve McClaren who initially signed him, McClaren was sacked in early March and replaced by Benítez.

It was then that Townsend experienced the greatest goalscoring from of his career, hitting four goals in 13 Premier League matches (including three from outside the area) and providing two assists.

Those contributions still weren’t enough to save Newcastle from relegation, and the winger’s $18 million release clause was quickly triggered by Crystal Palace. Townsend never quite reached the same heights under Roy Hodgson, although the 2018-19 season — in which he scored six goals in 38 EPL appearances, including the Goal of the Season — was a reminder of his uncanny ability to produce the spectacular.

But the previous two campaigns had left Townsend a broken man. In 2019-20, he got one goal and one assist in 24 appearances. Last season, he scored on Matchday 2 and then failed to find the net in 32 straight games. The expiration of his contract and a free transfer to Everton wasn’t exactly mourned at Selhurst Park, and given his recent form it raised some eyebrows around the world.

However, much like how Benítez restored his confidence after faltering with Spurs, the Spanish manager has the 30-year-old playing with a smile again.

On Monday, Burnley took a 53rd-minute lead at Goodison Park through Ben Mee. It was a deserved lead for the visitors, but Everton quickly equalized with Townsend providing the service from out wide.

Five minutes later, Townsend dialed in the swerving rocket that flew into the far corner.

Goodison Park had lift-off, Burnley went on tilt and Everton’s third was scored just one minute later after Demarai Gray finished off Abdoulaye Doucouré’s through ball.

After collecting the Man of the Match award, Townsend’s interview on Sky Sports was beautiful. He acknowledged how hard the past couple seasons have been, but he credited his mom for sending him a compilation of goals he’d scored.

"My mum sent me a compilation of my goals this week"

Andros Townsend dedicates his stunner v Burnley to his mum!

Next up for Everton is a trip to 12th-place Aston Villa on Saturday.