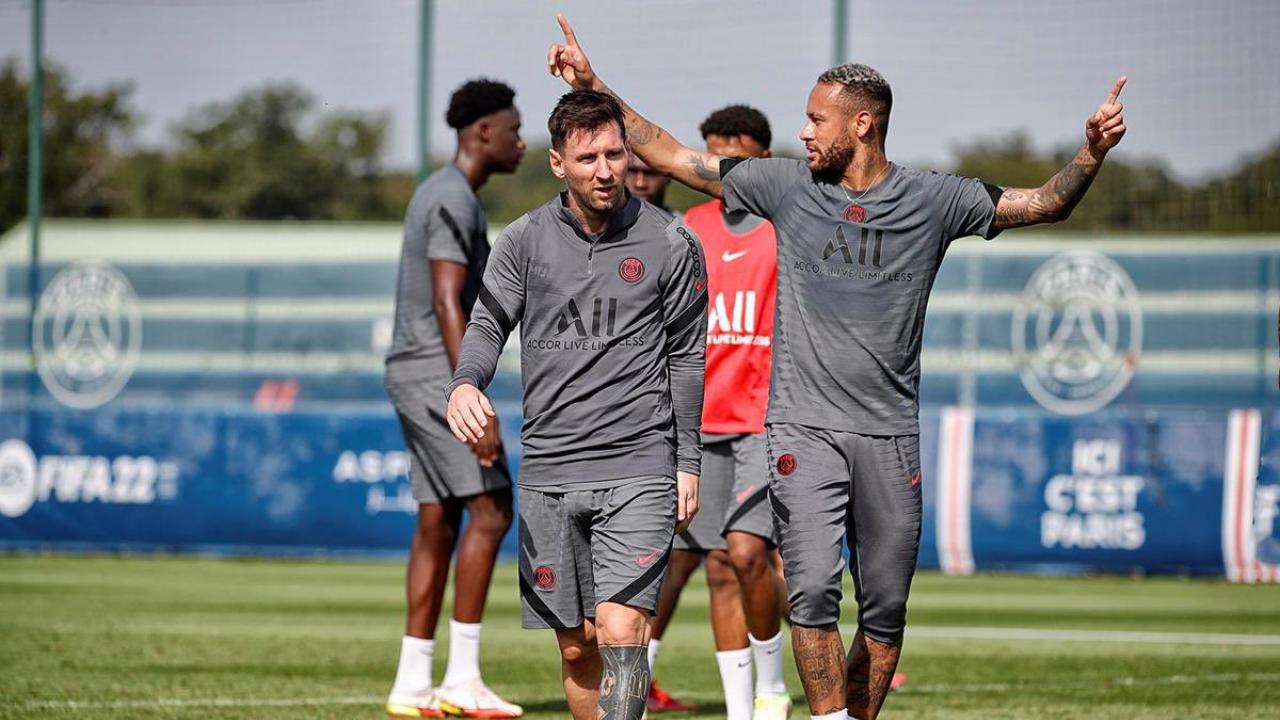 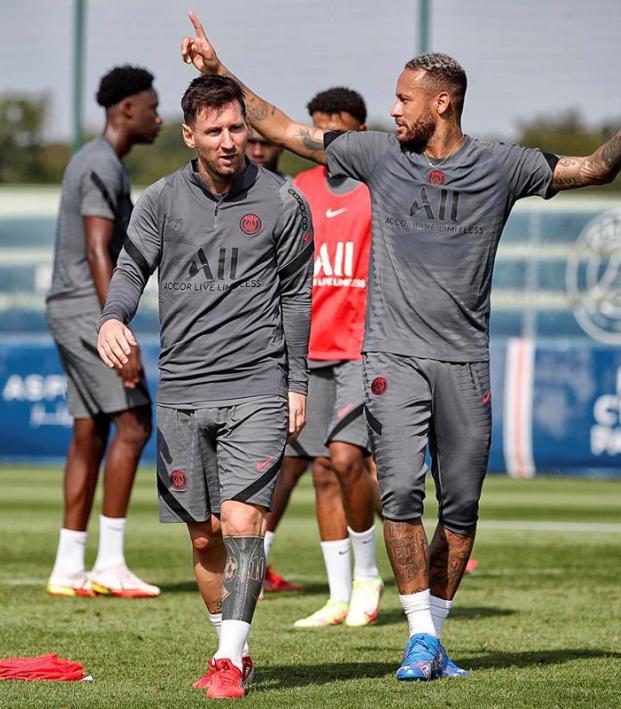 Reuters September 14, 2021
The return of Europe's most fearsome duo.

Lionel Messi and Neymar have been included in Paris St Germain's Champions League squad for their trip to Club Brugge on Wednesday after the pair missed the weekend's Ligue 1 action following their return from international duty.

Argentine Messi and Brazil's Neymar played in World Cup qualifiers last Thursday and were back in Paris late on Friday. They missed PSG's 4-0 win over Clermont the following day.

Angel Di Maria is not part of the 22-man squad after the Argentine winger was handed a three-game suspension by UEFA for stamping on Fernandinho in last season's Champions League semi-final against Manchester City.

How long will Di Maria miss for this stomp on Fernandinho? #MCIPSG

Center back Sergio Ramos's debut has again been delayed as the Spaniard has not fully recovered from a thigh injury, while midfielder Marco Verratti was also left out of the squad with a knee injury he sustained on duty with Italy.