Andre Villas-Boas has never lasted more than two seasons at any particular club, but he’s just landed another monster paycheck out in China with Shanghai SIPG, becoming the third highest paid manager in the world.

The Chinese club will pay him almost $14 million a year for two years, and that’s following a contract with Zenit Saint Petersburg that earned him over $23 million for two years of service.

This guy is a literal boss in the soccer sense of the word, although not for particularly large periods of time, but he’s also a boss when it comes to living life.

At 16, Villas-Boas approached legendary manager Sir Bobby Robson, who was living in the same apartment block as him while managing Porto, and said something along the lines of “Hi, I’m Andre. I like football, but I’m trash at playing. What's a guy like me to do?"

Robson was smitten, appointing him to the observation department. The English are obsessed with Robson, he took the Three Lions to the semi-final of the 1990 World Cup, so the FA had no problem accommodating Robson when he shipped Villas-Boas off to England to spend three years just studying football, talking about recuperation methods or whatever and generally living the greatest student life imaginable.

He'd probably go out to the pubs, tell people he was majoring in becoming a football manager, get laughed at but then rearrange all the pint glasses into a double-pivoted variation of the 4-3-3. Now who's laughing?

He got his C license at 17, B at 18, A at 19 and then his UEFA Pro License. This is all insanely dope, and Villas-Boas probably wrote something along the lines of “Football is being very good to me, but I don’t know why” in the UEFA Pro License Graduation Yearbook. He was like the Bobby Fischer of football school, experiencing a meteoric rise while out tactic-ing all the English schoolboys.

At 21, and I’m not making this up, Villas-Boas was made technical director of the British Virgin Islands, a land of numerous white sand beaches, gorgeous waters and well-known bars. He took control of a two-legged tie that lead to a 14-1 aggregate defeat, but that didn’t slow down this stylish maverick.

Villas-Boas’ life somehow managed to get even better when Jose Mourinho took him under his wing, making Villa-Boas a sort of dapper, Hollywood-scruffed coaching wunderkind. “My life is the most baller s*** ever,” Villas-Boas probably said to impress Mourinho. Mourinho was duly inspired. 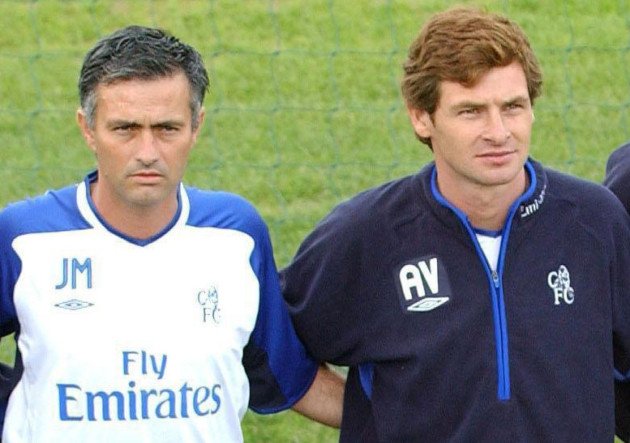 With Mourinho, Villas-Boas learned more about the evolution of football language and football analysis, he learned how to impress the living hell out of people while talking about things like vertical and horizontal ball circulation, transitioning through a low block and provoking opponents with the football.

Everyone thought this kind of jargon was fire, so Porto handed the whizkid the key’s to the Dragons. With Maicon, Nicolas Otamendi, Joao Moutinho, James Rodriguez, Hulk, Radamel Falcao, Fernando and Fredy Guarin, Porto were insanely talented and Villas-Boas crouched on the sidelines, probably thinking “Jesus, I’m blessed. What did I do to deserve this?”

After that, it all fell apart, at least from a win percentage standpoint. Villas-Boas got to manage in the Premier League, with two of the biggest clubs in one of the world’s greatest cities, but s*** just didn't fly like before.

Jose Mourinho labeled him a “kid”, Harry Redknapp slammed him for squandering £110m on transfers and the Portuguese manager was widely decried for electing to continue to play Hugo Lloris in a match although the medical department said he needed to come off because he couldn’t remember where he was.

Villas-Boas put the blame at his own feet, citing his own inflexibility with regards to his methods. It’s understandable, if life had given you this much by your mid-30s, would you change a damn thing? 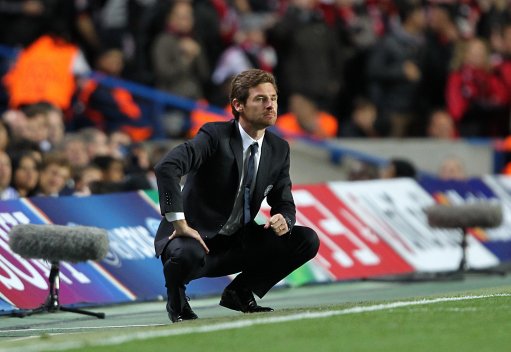 'The Crouch', an AVB staple of coaching. Photo: @betfect | Twitter

Villa-Boas then spent two years at Zenit, where claims of anti-football and a “nauseating” style of play continued to follow him. Initially, Villas-Boas claimed he was going to take a year-long sabbatical following his stint with Zenit, saying, “I’ve booked my vacation. I will go back to my family in Portugal and most likely stop coaching for one year.” Such is the lifestyle of the consummate baller.

However, Villas-Boas has been tempted back into football after landing an absurd contract in China. If the man himself is to be believed, he only has 10 years left in the game as he plans to retire at 50.

“Football is a godsend,” Villas-Boas is probably musing to himself right now. “This has been the illest ride ever.” If you ever find yourself in the same apartment block as an aging Villas-Boas, have your kid go knock on the door.