Weston McKennie’s incredible form for Juventus — two goals and an assist in his last three games — should’ve continued (statistically speaking) on Wednesday in the 11th minute of his club’s Serie A encounter with Atalanta.

The 22-year-old American won the ball in midfield and carried it at the heart of the defense before playing through Álvaro Morata. Before watching the video, know that the Spanish striker was onside. 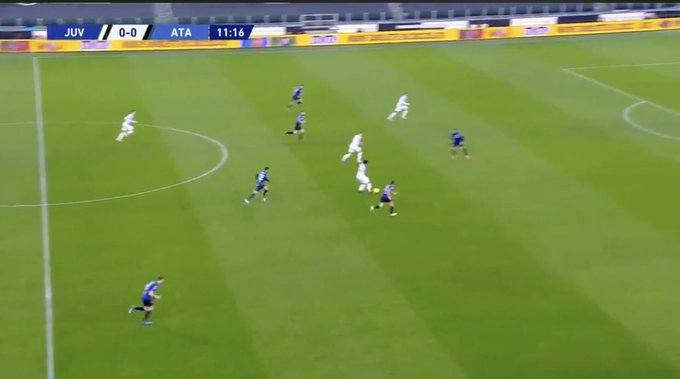 Instead of burying the one-on-one opportunity, Morata elected to attempt a slide-rule pass to strike partner Cristiano Ronaldo. The pass was played behind Ronaldo, allowing Berat Djimsiti to recover and block his effort. The decision was bad; the pass was worse.

However, with Djimsiti and goalkeeper Pierluigi Gollini now both on the ground, the rebound fell kindly to Morata with all the time and space you can ask for in the area. He pulled off a recreation of Mario Balotelli’s infamous miss against the LA Galaxy.

Morata tried to be cheeky, but missed a glorious chance instead! pic.twitter.com/fYex80hgva

Andrea Pirlo is evidently more merciful than Roberto Mancini as Morata wasn’t immediately hooked, and Federico Chiesa made things right in the 29th-minute with a stunning strike.

What a way for Chiesa to open up his Serie A account for Juventus pic.twitter.com/Fudd4oQj1M