Balotelli Did Nothing Wrong During Infamous Back-Heel Vs. LA Galaxy 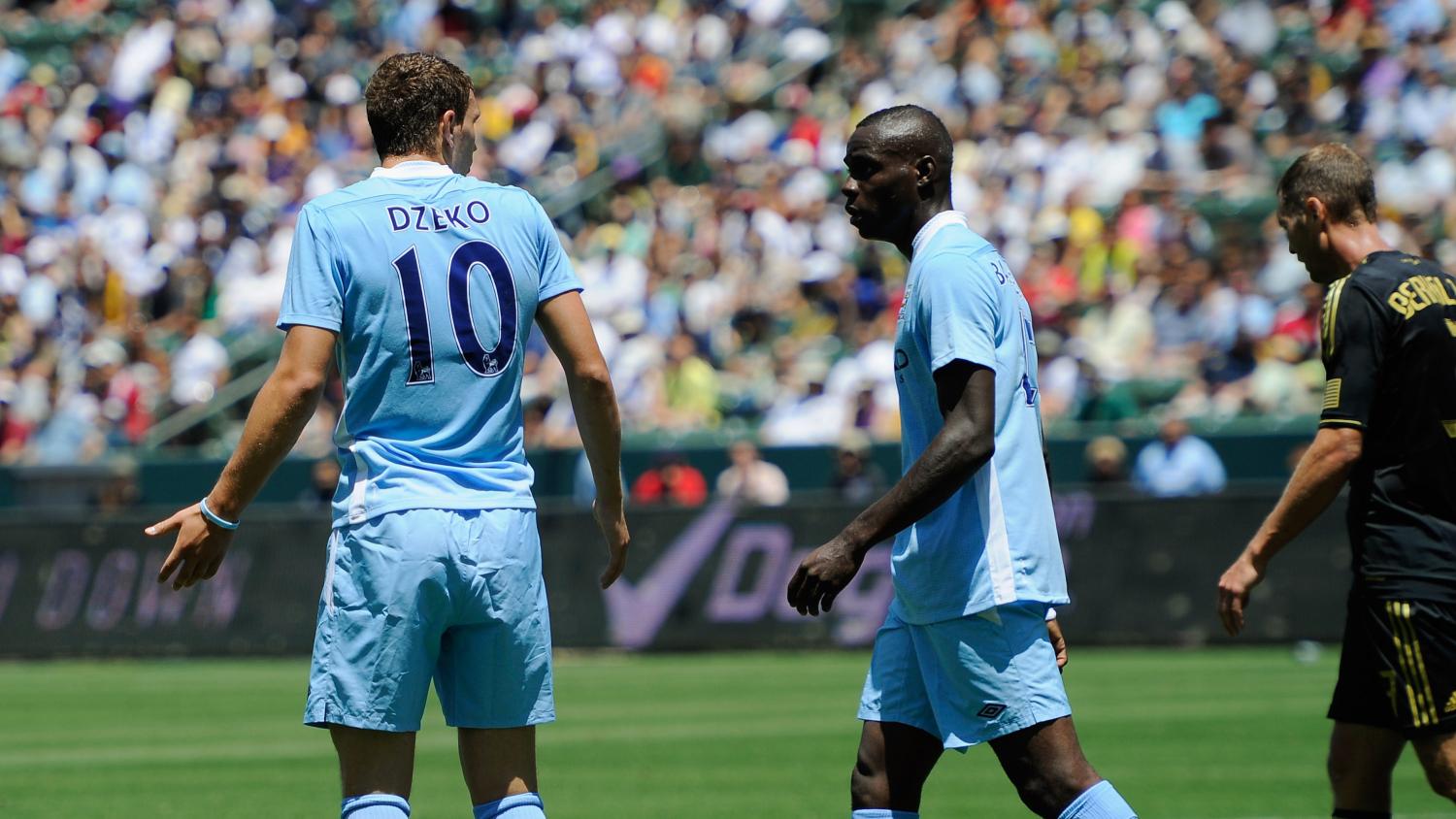 ESPN FC’s Twitter account has stirred up the pot and brought back a hilariously iconic moment in football. Nine years ago, in a friendly match between the LA Galaxy and Manchester City, Mario Balotelli committed what some would call a “heinous” and “disrespectful” act when his back-heel shot missed terribly. The Balotelli back-heel vs. LA Galaxy deserves to have the record set straight.

The man is innocent.

For starters let’s re-watch the glorious moment of pure skill and genius from the Italian.

The announcers, teammates and manager Roberto Mancini are all at Balotelli’s throat for wasting this huge opportunity. Even nine years later people in the replies are still furious at the man.

This is so disrespectful, dishonourable and evil from the Devil himself! If I were Mancini, I'd send him home and have his salary for one year pushed towards charity.

The only issue is, “Super Mario” didn’t do anything wrong.

A close listen and a look at Balotelli’s body language will show that he thought there was a whistle for him being offside. Replaying the video and a close listen shortly after he crosses the 18 reveals either a whistle or a blood-curdling scream from a fan that sounds like a whistle. The moment this sound occurs the Italian’s body language drops and he does a fancy backheel for jokes because, in his mind, the play is already dead.

During his dispute with Mancini, Balotelli even makes the motion of blowing a whistle to try to explain his antics. 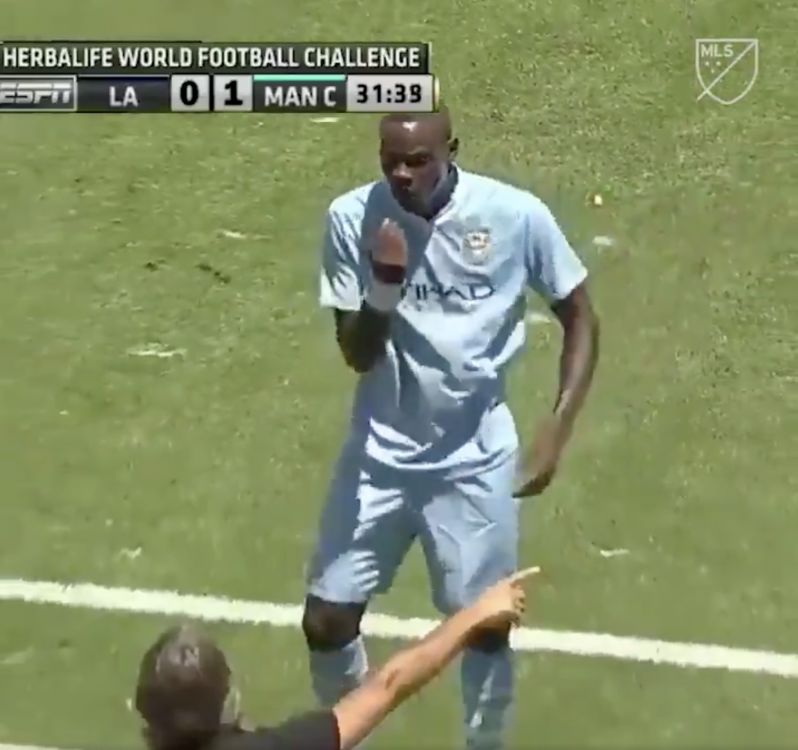 Another important factor that went into his decision was the big letters above the score bug: “HERBALIFE WORLD FOOTBALL CHALLENGE.”

Even the players couldn’t have cared less about the Herbalife matches; just look at Xabi Alonso’s celebration after scoring a goal against Santos.

To recap: Balotelli is playing in a meaningless friendly match and he hears a whistle when in on goal. What else is he supposed to do, fire the ball past the keeper and pump his fist in the air knowing he’s the World Football Challenge god?

The poor guy still gets flak for this insignificant moment nine years later. The criticism simply isn’t deserved. Balotelli did nothing wrong.