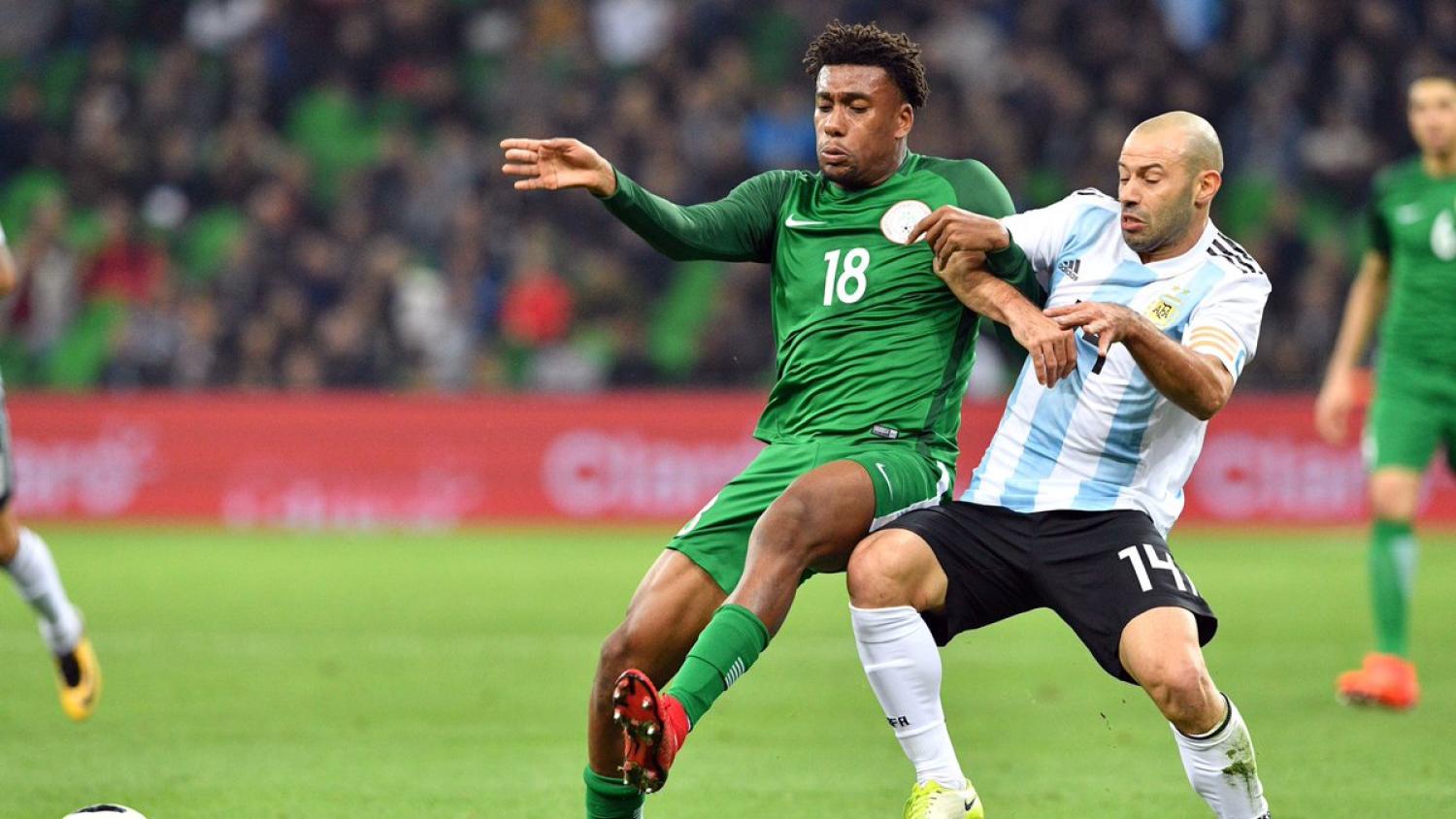 Argentina showed it can do goals without Lionel Messi on Tuesday in Russia. That defense though could use some work after Nigeria’s Alex Iwobi destroyed the rearguard of La Albiceleste, Javier Mascherano in particular.

Argentina took a two-goal lead in the opening 36 minutes in a friendly against Nigeria, but Iwobi scored twice to spearhead a 4-2 victory for the Super Eagles at Krasnodar Stadium. His second goal absolutely eviscerated Mascherano as the Arsenal attacker nutmegged the Barcelona man on his way to the final goal of the match.

On the goal in the 73rd minute, Iwobi received the ball at the top of the 18-yard box, surveyed his surroundings, realized he just had one old man between him and the goal and went for it. The 21-year-old subtly dinked the ball through the legs of the 33-year-old Mascherano and fired a left-footed strike into the back of the net.

You can bet Mascherano is praying to a higher power (the weak nuclear force? gravity? Paris Saint-Germain?) that Argentina doesn’t draw Nigeria in the World Cup next summer.

The stellar goal was Iwobi’s second of the match. His first tied the score at 2-2 in the 52nd minute with a simple one-touch finish to the far post past keeper Agustín Marchesín.

Former Manchester City and current Leicester City striker Kelechi Iheanacho had a goal and an assist. He set up the go-ahead goal in the 54th minute and scored this fantastic free kick in the closing minutes of the first half.

Argentina was playing without Messi and appeared to be just fine without him earning a quick 2-0 lead.

Ever Banega scored on a free kick the Nigerian goalie probably should have saved and Sergio Aguero scored on a tap-in assisted by Cristian Pavon.

La Albiceleste will be pleased with creating offense without Messi in the lineup, but if they don’t sort out that defense, not even Messi will be able to outscore opponents at next summer’s World Cup.