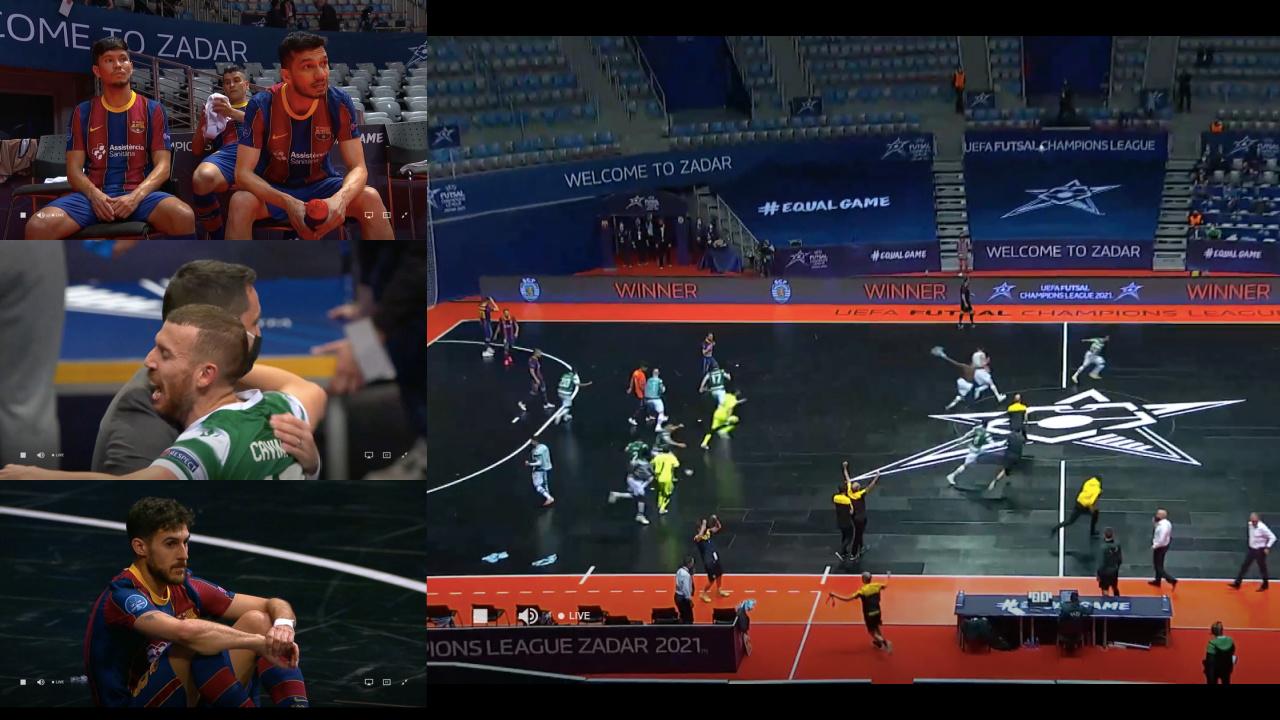 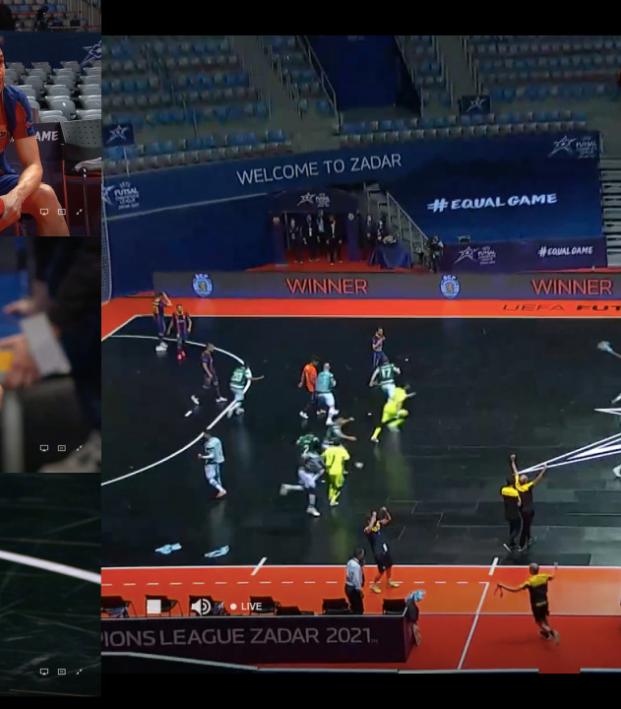 Connor Fleming May 3, 2021
Despite holding a 2-0 halftime advantage, Sporting stormed back for its second title in this competition.

Barça advanced to the final behind the play of two-time Best Player in the World Ferrão. The 30-year-old Brazilian scored a hat-trick in the club’s semifinal win over Kairat Almaty, adding to the goal he scored against Dobovec in the quarters.

Sporting’s leading goalscorer was Diego Cavinato, although five different players found the back of the net in a 5-2 win over Madrid’s Inter FS in the semifinals.

The first half was all Barcelona with Marcênio putting his side up 1-0 early following an interception, driving run and thunderous finish.

Just before halftime, Ximbinha made it 2-0 after another Sporting turnover created a two-on-one going the other way. The Brazilian finished through the legs of the out-rushing keeper.

But 19-year-old forward Zicky Té pulled one back for Sporting with 14 minutes to go.

Shortly after their first, Sporting found an equalizer by way of header.

Barcelona was on tilt, and Sporting’s third arrived with less than 10 minutes remaining. As has been the case in Europe all season, the wall failed spectacularly.

Barcelona began heavily pushing for an equalizer with less than four minutes to go, so their keeper could be found in Sporting’s half giving them the man-advantage. However, this directly resulted in the Portuguese club’s fourth.

But Ferrão pulled one back for Barcelona, making it 4-3 to set the stage for a frantic final three minutes.

Barça couldn’t find an equalizer despite keeping Sporting pinned inside its own third, and the match — like all good indoor games — ended with a prolonged scuffle between the opponents before Sporting lifted the trophy for a second time.

If you want more futsal, fear not: The Concacaf Futsal Championship is going from May 3-9 in Guatemala City.