Explaining Why Soccer Players Flop, Why It Isn’t Cheating And Three Ways To Stop It 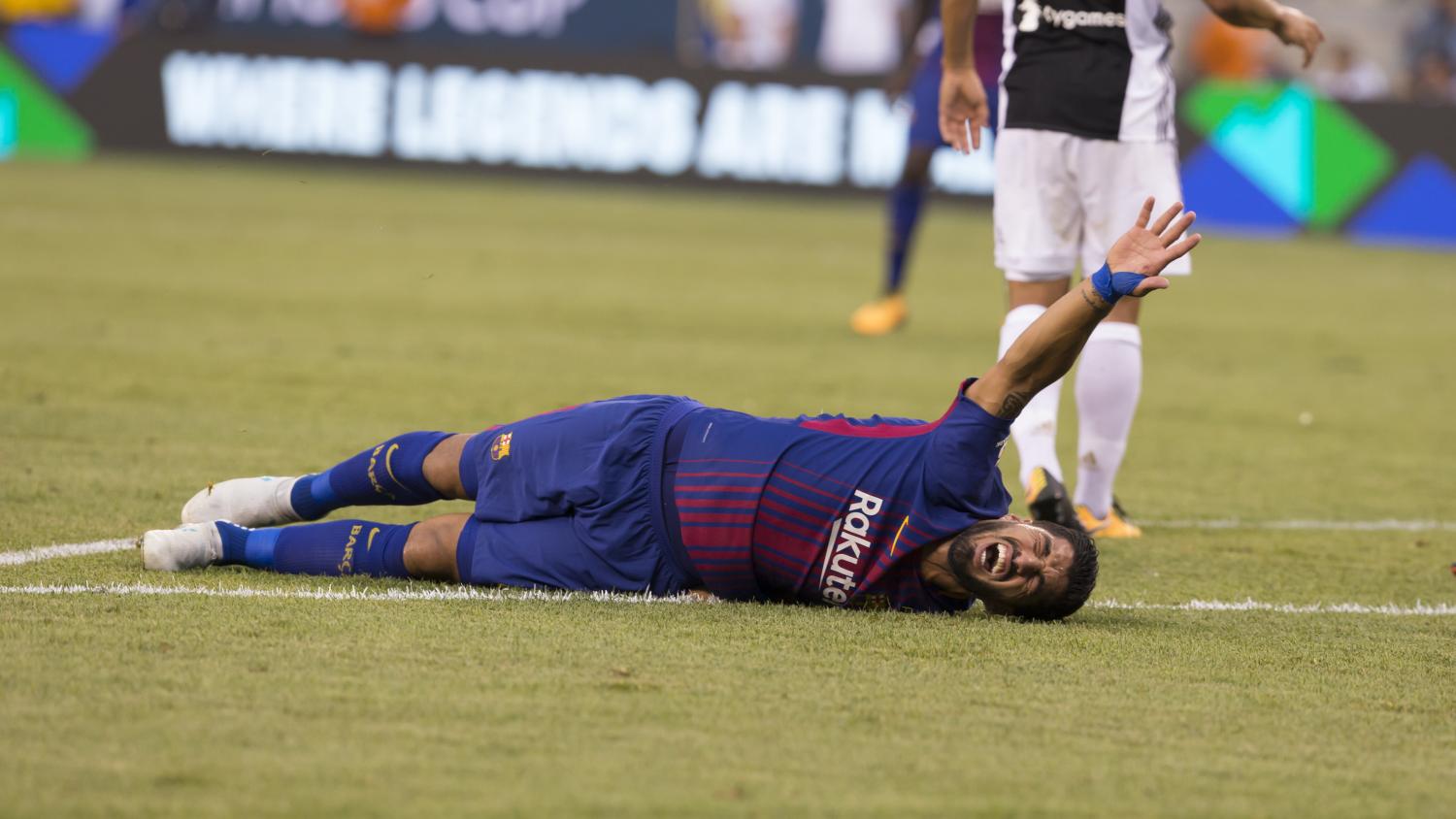 It’s all about risk vs. reward.
Shutterstock.com

Why soccer players flop. It’s a question that arises every World Cup, every club campaign, every Champions League season. It’s a debate that will rage on until VAR is universal. As we’ll explain, the reason why soccer players flop comes down to one simple factor — but we have three ways to stop the flop.

Flopping, or simulation in official FIFA terminology, is the process of embellishing a foul or pretending to be fouled when none was committed in an attempt to deceive the referee. A referee who spots simulation can punish the offender with a yellow card.

Despite cries from old farts who claim youngsters are destroying the game, flopping has been a part of football for as long as referees. It’s not going away anytime soon, unless FIFA addresses three major issues.

Flopping is not, as many would suggest, cheating. Cheating implies one goes outside of the rules to gain an advantage, such as doping or match fixing. Because there is a rule in place to punish such an action on the pitch, flopping is merely breaking a rule within the game.

Therefore, if FIFA wants to truly stop the flop, it must look inward at itself instead of outward at players.

Everyone who wants to know why soccer players flop must understand one thing — the reward currently outweighs the risk. Soccer players flop because the risk of a yellow card for being caught is negligible compared to the advantage they can gain.

The most egregious flops in soccer occur in or around the 18-yard box, because that is where the most can be gained. Players who deceive the referee into awarding a penalty kick or a free kick from a dangerous area can give their teams a massive advantage in a match. Because soccer is such a low-scoring sport, any decision leading to a gilt-edge scoring opportunity is worth a little bit of chicanery.

In addition to trying to gain a goal-scoring opportunity, players also flop to waste time. Aside from clear cases of a player going down without contact, some of the worst flopping occurs when players feign injury. Many games slow down as a player grabs his ankle after getting touched on the shin, allowing precious seconds to tick away late in the match. Players can be given yellow cards for time wasting, but a caution late in a match is often meaningless. Because referees almost always add on less time than the players waste, the offender achieves the desired affect.

Flopping is never black and white. While it’s not uncommon for a player to fall to the ground without any sort of contact, most flopping involves some physical contact. The hardest flops to discern are when players embellish, as Neymar did against Serbia in the 2018 World Cup.

Should referees give out yellow cards to players who are indeed fouled but embellish too much? Where do you draw the line?

But there are three ways FIFA can diminish the reasons why soccer players flop, significantly reducing the amount of simulation in the game.

The first fix might be the most controversial but also the most effective. If FIFA opted to change the penalty kick rules, players would be less likely to go down so easily in the box.

Penalty kicks are historically converted at a rate of around 73 percent. This means a player who draws a PK has given his team a nearly three-in-four chance to score in a game that for the last four decades has averaged less than three goals per game.

Penalty kicks are huge game-changers in this low-scoring sport. Basketball also awards players who are fouled at certain moments a chance to score and with a higher conversion rate, but because there are so many more points scored in a game, free throws are not regarded as game-changing events.

So what can FIFA do? Change the rules for penalty kicks.

One option is to move the penalty kick further back. This allows the goalkeeper a better chance to stop the shot as opposed to just hoping to guess and dive the right way.

FIFA could also allow referees to award free kicks for fouls inside the 18-yard box but outside the six-yard box. In this case, unless the foul denies an obvious goal-scoring opportunity, referees could award free kicks in the same manner as anywhere else on the pitch, with teams allowed to position defenders to stop the free kick. This would decrease the likelihood of scoring and diminish the reward gained by a foul in the box.

By decreasing the value of a penalty kick, FIFA would skew the risk-reward balance against flopping.

A second way to solve why soccer players flop is to expand VAR. Any league not using VAR for penalty kicks is just begging for players to embellish in the box.

The 2018 World Cup saw more penalty kicks than any World Cup prior in large part due to VAR correcting the officials on the pitch. Assistant referees watching replays on high-quality video will always be able to make better calls than referees in the heat of the action. The same goes for determining simulation.

While VAR won’t immediately stop players from flopping, as VAR becomes more ubiquitous, they’ll realize they can’t get away with dives and are more likely to be caught than draw an advantageous foul. This again skews the risk-reward balance against flopping.

Until the top leagues around the world institute VAR, players will continue to flop because they know they’re likely to get away with it. VAR gets the calls right more often than referees. But maybe England just really likes flopping.

One final way to stop the flop is to improve clock management for soccer. While the way the sport flows continuously without any stops on the clock is one of the best facets of the game, it allows devious players to waste away huge portions of the match.

Flopping is a major contributor to mismanaged clocks in soccer. Players regularly feign injury to waste time when their team is in an advantageous position. While referees will add stoppage time to account for some of this, it is almost always way less than it actually should be, as 538 recently reported.

Soccer could put either the fourth official already on the pitch, the VAR or a devoted clock operator in charge of match time to drastically improve the amount of soccer played during a match. While the ball doesn’t need to be in play for exactly 90 minutes, few would argue referees could do better when adding time. No one wants to wait 30 seconds for a damn goal kick.

For starters, it makes no sense that stoppage time is always an integer and never includes anything in between full minutes. This would be fine if referees regularly went beyond the added time shown on the board, but most of the time the referee blows his or her whistle within 15 seconds of the predetermined added time. Plus, referees rarely add time for stoppages in added time.

A dedicated clock operator, one who precisely determines stoppage time, would improve the game and diminish flopping.

We don’t want the end of soccer matches to be like the end of NBA games, which take about 16 hours to play out the final two minutes. We do want the teams to play the required length of a match instead of one team flopping around on the ground like a dying fish to waste time.

We can only hope.