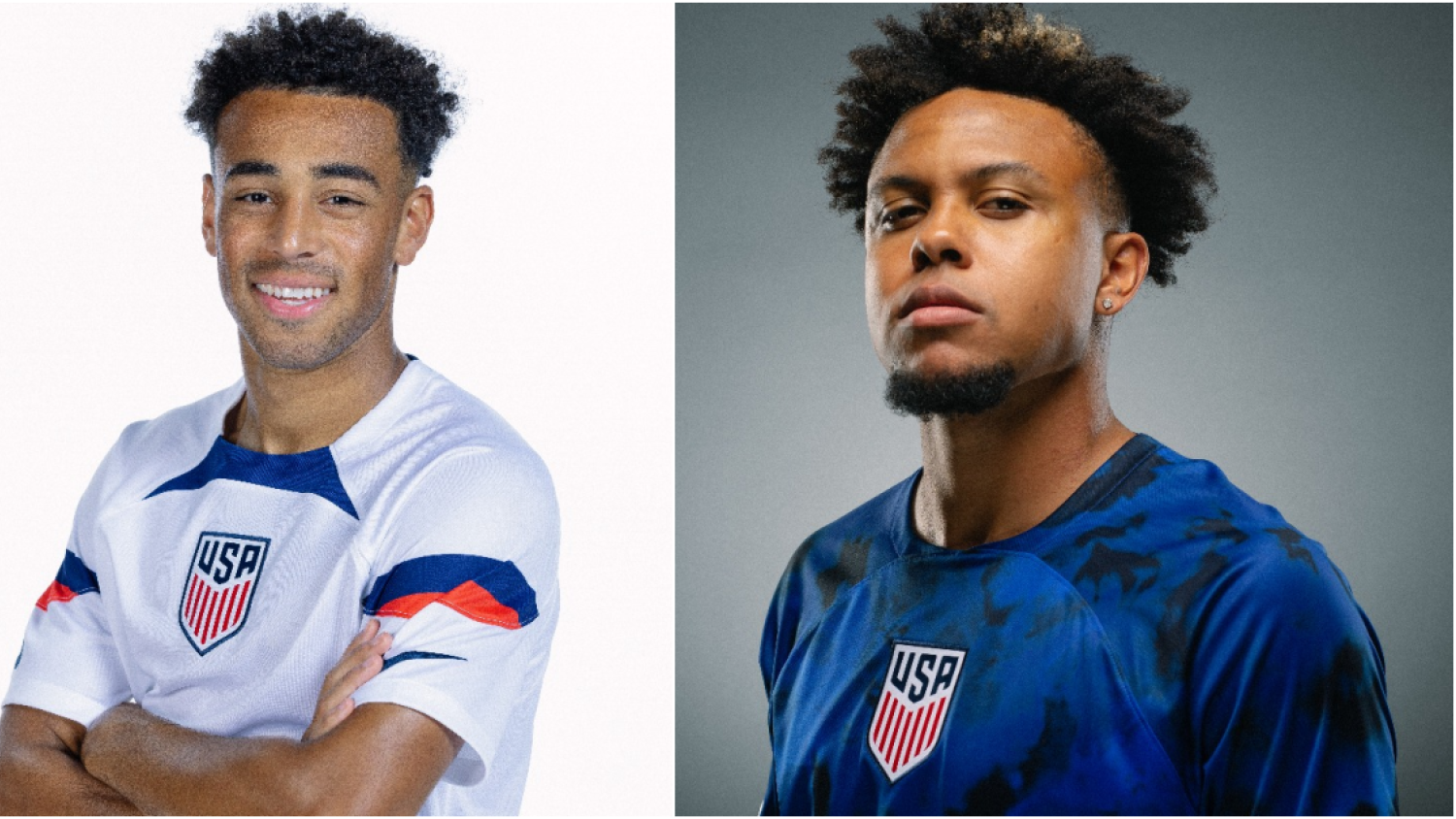 Nike finally unveiled the USMNT World Cup jersey home and away kits on Thursday for the 2022 World Cup in Qatar this November. As we feared for the last few weeks, the USMNT World Cup kits are atrocious. No one on social media has anything nice to say about these shirts.

The boys in uniform ⚪️

Prepped to battle in Blue

These jerseys were leaked a few weeks ago and multiple USMNT players said things like “we tried to tell them” about how ugly they are. And yet, Nike and U.S. Soccer persisted in releasing these hideous shirts on Americans desperate to buy soccer merch ahead of the first men’s World Cup the U.S. will compete in since 2014. The USWNT will also wear these jerseys at the 2023 Women's World Cup.

The white home USMNT World Cup jersey is dull and boring. The blue away kit at least tries to do something but fails spectacularly. Both are so much worse than the amazing home and away kits adidas made for Mexico.

“Designed to inspire unity, symbolize diversity and celebrate Nike and U.S. Soccer’s commitment to expanding the game for the next generation on and off the pitch, the uniforms will be worn by both national teams as part of the federation’s belief in ‘One Nation. One Team,’” the federation said. “Through a bold and vibrant reimagined design, the new USA uniforms serve as a symbol of pride for team and country, representing diversity and togetherness — values that unite the country.”

The USSF claimed the home white kit draws inspiration from a variety of sports leagues in the country and that the away blue kit “celebrates diversity, youth and unity.” I’m not buying either explanation.

I’m sure there is someone out there who likes the USMNT World Cup jersey options, but I’ve yet to meet them.

Almost as soon as the USMNT World Cup jersey release took place on social media, fans bashed U.S. Soccer and Nike for subjecting them to such garbage.

Holy shit they combined a hockey jersey with an NFL jersey and thought it would be exciting to American soccer fans ‍♂️ https://t.co/TeFoTgF4j4

I was genuinely excited to buy a World Cup USMNT kit and wear it proudly. But there's zero chance I'm buying this uninspired garbage. @nikefootball deserves the ratio they're getting in these comments. Do better.

Did they buy dry fit shirts from Walmart and iron on the numbers and logos on?

Inspiration from basketball, football, hockey. Somehow you manage to make a US World Cup jersey without looking at soccer in the United States. These are trash. Thank you for the disrespect.

Fire anyone involved in this decision.

Nike can make some great jerseys. The World Cup Brazil home and England away are very good.

Whoever was in charge of these US jerseys should be ashamed. For the World Cup? Awful. Especially the away jersey. pic.twitter.com/9q6Moo0pLo

These are terrible lol

you have to laugh to keep from crying