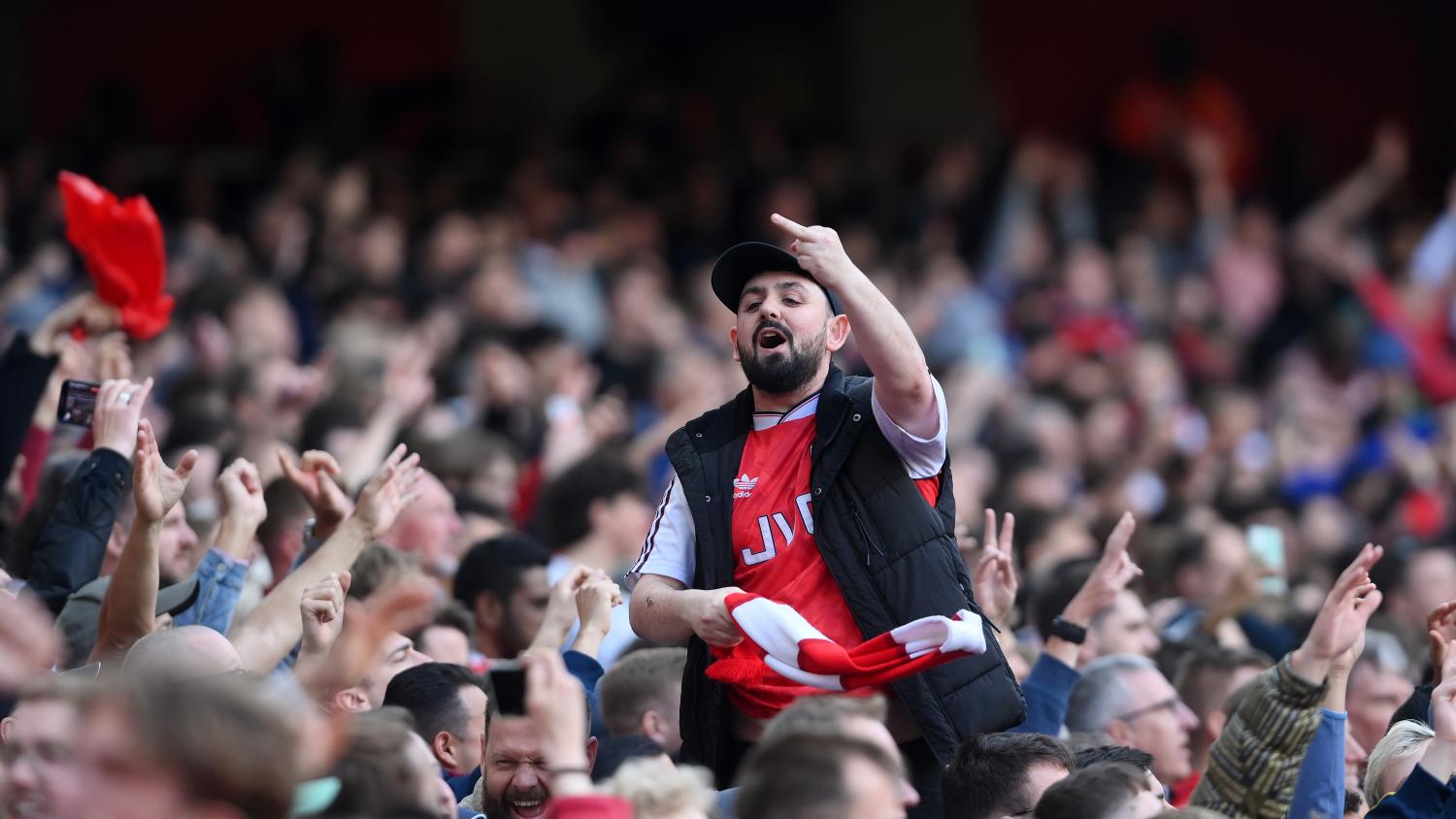 A recent report showed which team’s fans are the heaviest drinkers and drug users on game days.
Getty Images

Ever wondered which Premier League club’s fans drink the most? Of course you have, you’re a fan of The18, where we drink, watch soccer and drink some more (always responsibly, naturally).

For many football fans, drinking is part of the game-day experience. Despite rules varying from country to country, a large portion of fans enjoy being well lubricated for matches. There was understandable outrage from many fans when a recent Reuters report revealed Qatar will not sell alcohol at World Cup stadiums.

In England, drinking on game day means pregaming at the pub and chugging beers on the concourse, as alcohol is not allowed in sight of the pitch, as if that somehow helps prevent hooliganism. Fortunately for fans in England, the beer is so bad you want to chug it to get it down quickly. (Kidding, kind of.)

So which Premier League club’s fans drink the most? Some of the most inebriated fans won’t surprise you, though some of the more sober fandoms might.

Which Premier League Club’s Fans Drink The Most

According to a survey of 2,000 Premier League fans conducted by OnlineGambling.ca, Brentford fans are the heaviest drinkers in the Premier League. (The survey, while too small a sample size to be truly scientific and not just a fun data point, surveyed fans from the 2021-22 season. You can find the full results at the bottom of this article.)

The clubs with the five highest rates of binge drinking — identified as five pints or more on game day — are as follows.

We’ll get to Brentford later, but it’s probably not a surprise to see the three relegated clubs sent their fans into heavy drinking. Arsenal had a rollercoaster of a season going from miserably bad to scorching hot and back so often fans didn’t need to drink to get queasy, but they did anyway because they all know the Gunners are just a reckless Granit Xhaka challenge away from a 5-1 defeat.

On the other side, here are the five teams with the most sober fans, identified as percentage of fans who abstain from drinking on game day.

I’ll be honest, I’m a bit surprised by that list. Tottenham and Newcastle fans will probably be OK with how last season went, but Manchester United and Everton fans certainly won’t. Everton experienced a harrowing season in which the Toffees narrowly escaped relegation; just look at how Everton superfan Roger Bennett reacted to survival.

Manchester United fans had the lowest rate of drinking with 10 percent of fans imbibing at least five pints on game day, a number only matched by Wolves. The Red Devils’ low drinking rates might be related to some data found later in the survey we’ll get to in a moment.

The next bit of data from the survey asked which fans take illicit drugs on game day. Use of cannabis is illegal in the UK, and the survey also points to anecdotal evidence of increases in cocaine use among Premier League fans.

Once again Brentford leads the way in fans enhancing game-day experiences with substances. One wonders if, given the small sample size of 2,000, the survey was unable to find a proper sampling of Bees fans or if nearly two thirds of them are taking drugs on game day.

Arsenal makes an appearance once again, which as mentioned should not be a huge surprise. I can relate as an Arsenal fan. Cannabis is a great salve for struggling sports teams. Since moving to Colorado, where cannabis is legal, I’ve also found edibles to be nearly indispensable for being a fan of my university’s American football team (Texas A&M).

I thought there might be correlation between London clubs and drug use considering four of the top five are based in the English capital, but fellow London clubs Tottenham and West Ham are tied for the third-lowest rates of drug use.

No one needs mind-altering substances when the real-life Ted Lasso is your coach.

The final bit of information from the survey breaks down alcohol consumption and drug use by age. (OnlineGambling.ca did not fully clarify its breakdown of generations, but we provided the likely age ranges.)

Game-Day Drug Use Among Premier League Fans By Generation

Here we learn exactly why Manchester United’s rates of binge drinking (10%) and drug use (16%) are so low and sobriety (50%) so high. Manchester United had its best years under Sir Alex Ferguson in the 1990s and 2000s, fading over the last decade. Clearly the Red Devils fans are all older and past their drinking/drug-using days. Then again, Arsenal has been shit for just as long and yet its fans continue to imbibe and get high.

While binge drinking and heavy drug use are not healthy, moderate use of these substances are obviously a popular way to enjoy Premier League football. Whether you’re numbing the pain of another season without Champions League football, trying to forget about a relegation campaign or celebrating a successful year, it’s clear Premier League fans enjoy getting drunk and/or high.

Below is the full data courtesy of OnlineGambling.ca.