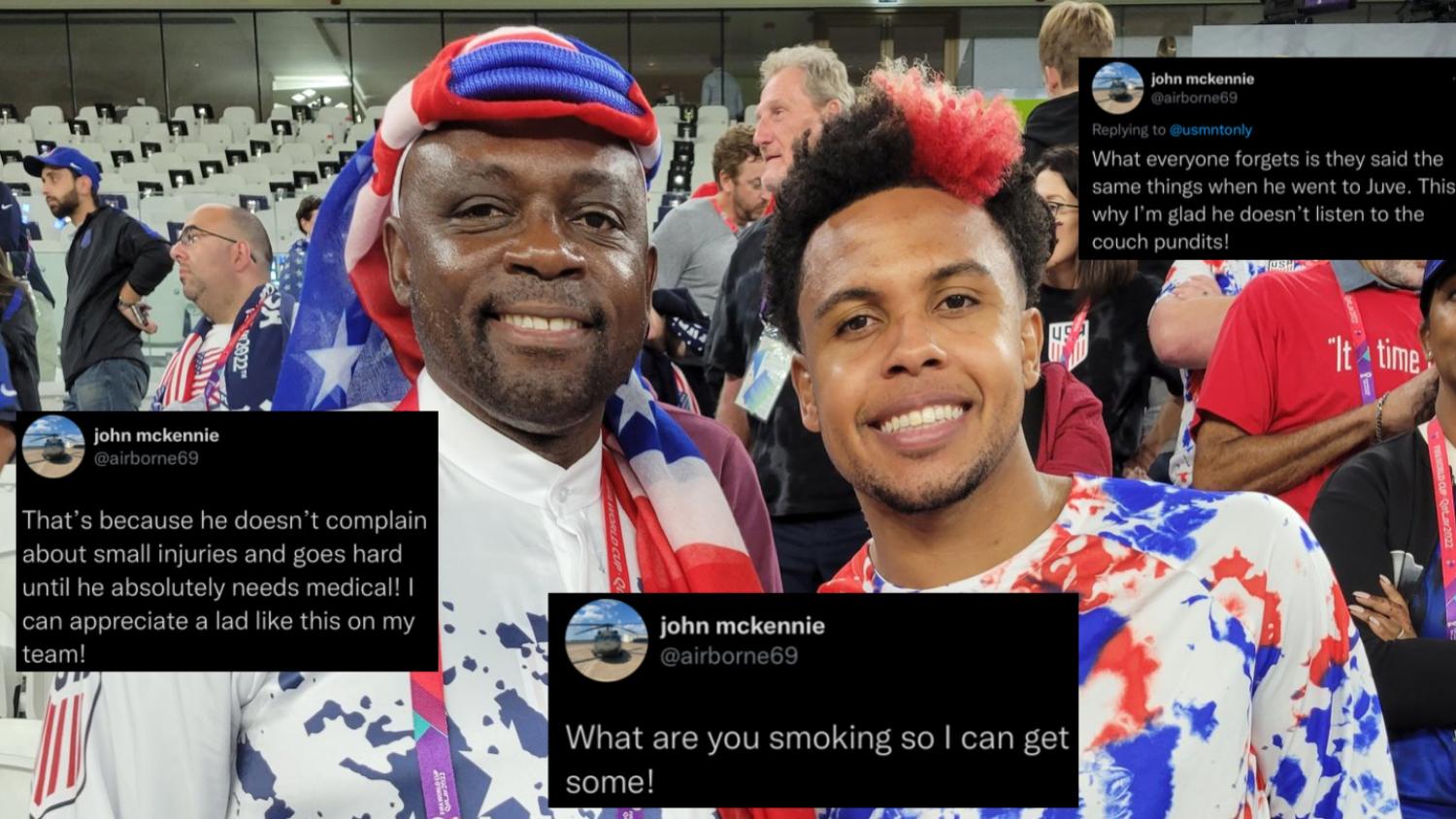 Weston McKennie is one of the most exciting talents the USMNT has to offer.

His outstanding performances in the Qatar 2022 World Cup, along with his multi-functional role at Juventus the past seasons, has kept the American in the radar of Europe’s hottest clubs and in the midst of constant transfer rumors.

The latest rumors? A point of division between Arsenal Twitter and Weston McKennie's dad.

One of the latest rumors coming from the McKennie camp has placed the 24-year-old in the eye of Premier League leaders Arsenal, with Mikel Arteta looking to bolster his squad depth in the January transfer window ahead of the crucial upcoming title-push months.

McKennie as a Gunner? Yes please.

Would Arsenal be a good landing spot for Weston McKennie? pic.twitter.com/vYMCphwOML

Though, even when there still isn’t much clarity to the supposed interest from Arsenal for Weston, the idea of the box-to-box midfielder arriving in London has created some division on social media. Fans are bringing up his injury history and technical ability into question and as main reasons for the disapproval of his signing.

NO! Thanks. @Arsenal keep this lad away from our club. #afc #TransferNews #Arsenal pic.twitter.com/SKsWQQgeGm

McKennie is nowhere close to being technically good enough for Arteta's side. He doesn't have the creative passing IQ, or the positional IQ. I think Musah is a better American to sign if they want depth for Xhaka's position.

The “Texas Boy” has not made a great first impression on Arsenal Twitter, and won't be able to change that until (and if) he turns into a Gunner.

So, for the meantime and as the transfer story unfolds, the one person who arguably knows McKennie the best has taken the duty to dispute all the claims saying the American wouldn’t be a good signing for Arsenal.

Weston McKennie’s dad isn’t taking any disrespect toward his son when it comes to doubting his abilities, and he’s going after everyone saying he wouldn’t be a good acquisition for the Premier League leaders.

"You think he can’t play with Arsenal? You said the same thing when he signed with Juventus. You think doesn’t have creative passing IQ? You must be smoking something!"

What everyone forgets is they said the same things when he went to Juve. This why I’m glad he doesn’t listen to the couch pundits!

What are you smoking so I can get some!

That’s because he doesn’t complain about small injuries and goes hard until he absolutely needs medical! I can appreciate a lad like this on my team!

There's no denying the quality of McKennie and how he performs when the stakes are high. He's played in Germany, Italy and has gradually become an important player in each team he's played in.

All in all, he has arguments that would make us believe he would be a good fit for Arsenal and it makes sense for John to feel they're undermining his son.

Now, considering everything Juventus is going through at the moment, it wouldn’t be a bad idea for McKennie to look for a move out during the window and if Arsenal is actually an option and the role is right, we say he takes it.