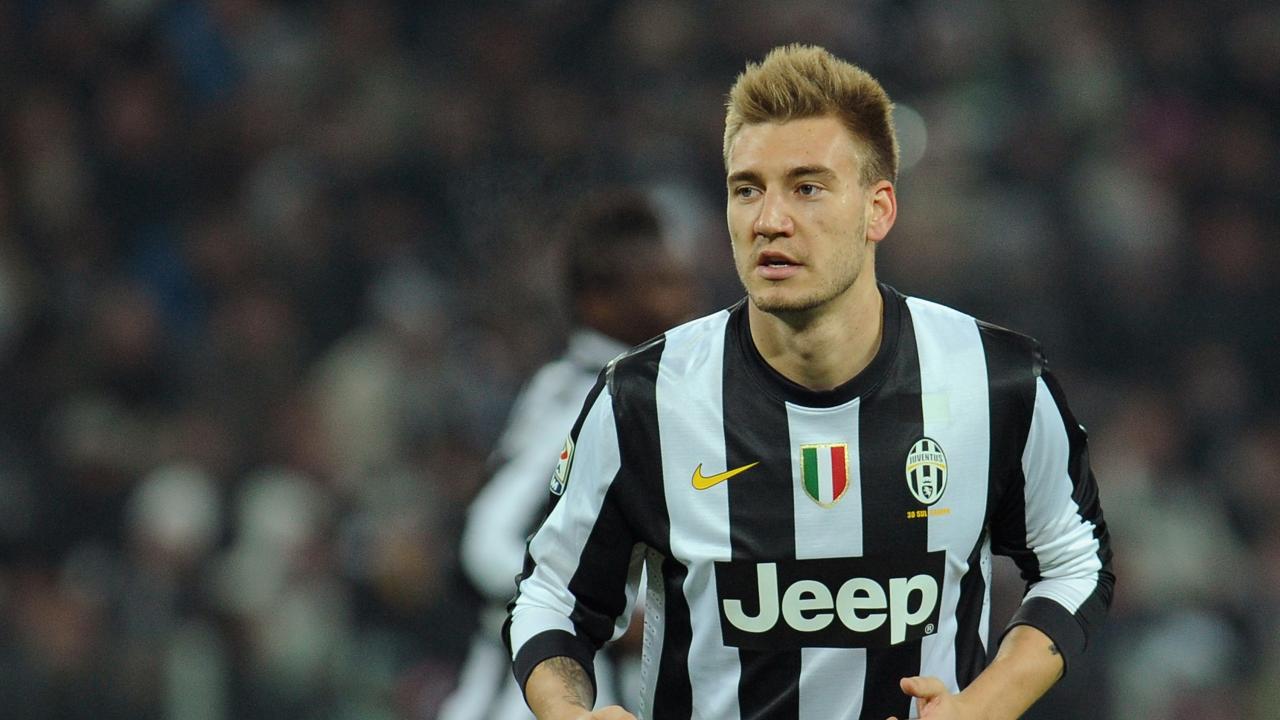 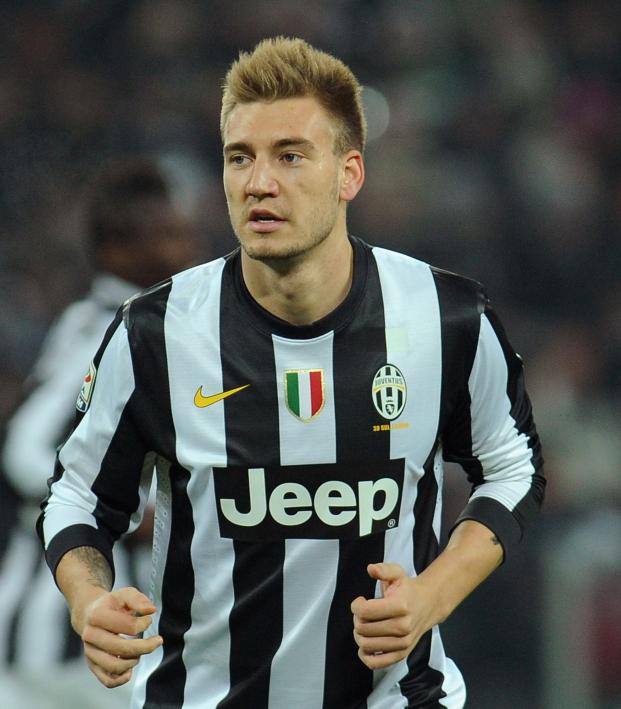 8 Footballers Who Made A Career Out Of Failing Upwards

Sometimes I wish that, through some glaring administrative error, I had been accidentally registered for the Ajax youth academy, even if it was just for one day. Then, in semi-good conscience, I could exploit that fact to have my own Wikipedia page, Transfermarkt profile and agent, allowing me to bounce around the world on one-year contracts — obviously being found out as total trash time after time — living my best life.

I would be the Ali Dia of the modern age, “fucking hopeless” and “like Bambi on ice” but loving every moment of it before ending my career with the Tampa Bay Rowdies — I can see The18 headline now: “Former Ajax Burnout Signs With America's Rowdiest Bunch Of Lads.”

Here are eight footballers that’ve come close to living that reality, although they’re infinitely more talented than I could ever even begin to imagine.

The 31-year-old has one of the most interesting transfer histories in professional football. According to Transfermarkt, Choupo-Moting’s value was once as high as $11 million, but he’s actually never generated a transfer fee in his career — this despite playing for Hamburg, Mainz, Schalke, Stoke City, PSG and now Bayern Munich.

He is the king of the free transfer and a glorious third-choice striker to boot.

The Cameroonian peaked during his 2013-14 season with Mainz, scoring a career-best 10 goals in 32 league appearances. He reached something of a low during his one season in England, recording five goals in 30 Premier League appearances for an average of one goal every 450 minutes, and his club, Stoke, got relegated.

But from there he was on his way to PSG, where he played 41 matches in Ligue 1 and the Champions League but started only 14 of them, producing seven goals and one assist.

Those stats aren’t exactly fire, but he somehow then orchestrated a move to the world champions, where he plays a distant backup role to Robert Lewandowski.

“When I heard from Bayern I was not shocked but it was certainly an honor since they are a big club and the current European champions,” Choupo-Moting said at the time. “I am confident enough to believe I can help Bayern win many titles again.”

According to Kicker, “his performances have met the expectations of the Bayern bosses.”

Between 2009 and 2011, Bendtner saw his Premier League goal production for Arsenal drop from nine to six to just two. Obviously that didn’t faze him — Bendtner famously scored 10 out of a possible nine in the category of “self-perceived competence” during a test administered by Arsenal’s sports psychologist — but it somehow didn’t faze Juventus either.

Juve, fresh off wining its first title since 2005-06, decided to take Bendtner on loan for the 2012-13 season with an option to buy. His time there was a disaster, ending with zero goals in 11 appearances and one drunk driving arrest after going the wrong way down a street.

But Bendtner landed on his feet in the Bundesliga with Wolfsburg, whose managing director labeled him “a striker at the best age, who already was able to gather a lot of international experience in his career, which did not always run in a straight line.”

His contract was eventually terminated with over a year still remaining on it after a return of just three league goals 31 appearances.

Perhaps the most infamous buy of Alex Ferguson’s Manchester United reign, the midfielder arrived from Vitória for $11 million despite having only ever played in Portugal’s third division. Ferguson admitted that he’d never even seen the 20-year-old play.

Bebé would total only 74 minutes of Premier League football with United. His second-to-last appearance ended with him getting hooked at halftime in the League Cup. His final appearance was in a narrow FA Cup victory over non-league Crawley Town. According to BBC Sport, Bebé “looked out of his depth against the non-leaguers.”

But when you have Manchester United on your resume, the fall is never too far.

Bebé has gone on to play for Beşiktaş, Benfica and Eibar without much success at any of those institutions of football. At the age of 30, he’s now with Rayo Vallecano in the Segunda División and scoring bangers.

Manchester United legend Bebe with an absolute scorcher for Rayo Vallecano last night, which sparked a 3-2 comeback from 2-0 down @ManUtd's one that got away... pic.twitter.com/0z2l8u8nrh

A jack of all trades, master of none, Boateng can do it all: box-to-box midfielder, attacking mid, defensive mid, lone striker, second striker, false nine, winger, speak six languages, sing, dance, rap, serve the United Nations and eliminate the U.S. from the World Cup.

This supreme utility often hurt the public's perception of Boateng, whose signing for Barcelona in the middle of the 2018-19 season was greeted with mass confusion. He’d only log 240 minutes of LaLiga action, but that didn’t stop him from securing a winner’s medal.

Through it all, Boateng has totaled nearly $50 million in transfer fees, despite his biggest move being the $11.6 million Milan paid to Genoa for his services.

He’s now with Monza in Serie B, where he’s scored five goals and provided four assists in 20 games to help (along with Mario Balotelli) the club’s push for promotion to the top flight.

Another footballer that added Manchester United to his resume early and then rode that wave to the best life imaginable, Dong became the first East Asian player to sign for the Red Devils when he put pen to paper in 2004 as an 18-year-old.

His first and only appearance would come three years later, when United — having already clinched the title and looking forward to contesting the FA Cup final — fielded an extremely weakened team against Chelsea in a match that would end 0-0.

From there, Dong became one of the biggest flops in Chinese Super League history. Dalian Shide’s billionaire owner Xu Ming lured him back, but Dong scored only one goal in two years.

“His commitment was regularly questioned in the media, as he showed little interest in aiming higher,” a player representative in China told Bleacher Report. “He also got himself in to trouble that season, earning a six-match ban for giving Beijing Institute of Technology supporters the middle finger after suffering abuse when withdrawn early from a league match following a yellow card.”

He’d still somehow end up back in Europe with Legia Warsaw, and then Portugal’s Portimonense signed him with Cristiano Ronaldo rumored to have recommended his former teammate.

It says everything of the backasswards nature of his career that Dong made 13 appearances for China’s senior national team between 2005 and 2007 (at which time he was on the books at United), but ended his international career in 2008 with his final appearance coming with the U-23s.

Apart from Manchester United, another particularly great resume builder is a youthful stint at Ajax. Mido accomplished this between 2001 and 2003, where the Egyptian striker scored 21 goals in 40 Eredivisie games and threw a scissors at Zlatan Ibrahimović.

Mido got to enjoy himself from there, playing for Celta Vigo in LaLiga, Marseille in Ligue 1, Roma in Serie A and four different Premier League clubs (Tottenham, Middlesbrough, Wigan and West Ham), but his 2001-02 league return of 12 goals during his first season with Ajax would forever remain his career best.

The Israeli left Liverpool after his third season there with his appearances, minutes and goals on a slight decline.

“Everyone asks me why I left Liverpool,” Benayoun would later say. “There is only one reason — Rafa Benítez. If I played well, I never felt he gave me credit. When I scored, I still expected to be out of the team the next game.”

Despite never earning the trust of Benítez, it was surprising to see Benayoun land at Chelsea for $8 million. He rarely played for the Blues — scoring one Premier League goal in 14 appearances — and then it suddenly seemed like he played for every club in London at the same time. 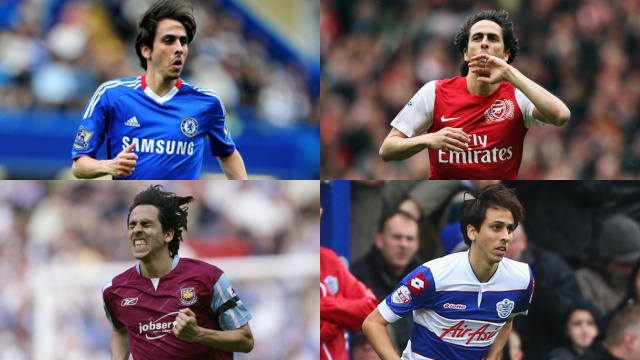 Borini joined Chelsea's youth setup as a 16-year-old and his debut arrived a couple years later. The Italian never made the cut at Stamford Bridge, failing to score in eight games with the Blues, but that didn’t stop him from representing two other English top-flight sides (Liverpool and Sunderland), as well as Italian giants Roma and Milan.

The attacker never reached the milestone of 10 league goals in a season, but he’s wracked up a total of $46 million in transfer fees with Liverpool’s $15 million assessment being the highest. He would manage only three goals in 38 appearances for the Reds between 2012 and 2015.