Battle in the Bay Area: TBT to the last time the USMNT faced off against Japan 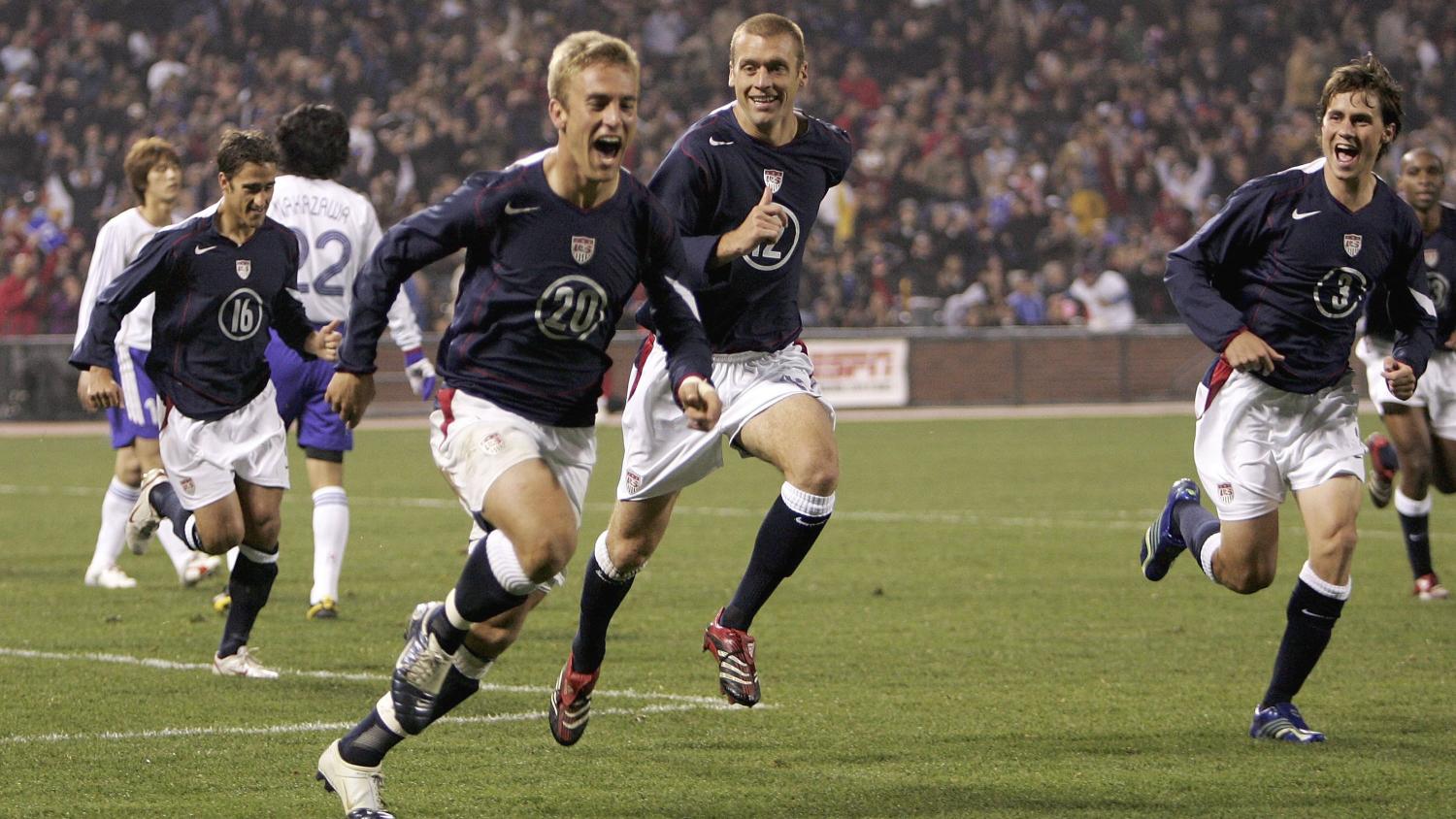 The 2006 World Cup warmup featured a young Dempsey, a sensational performance from Twellman and a late comeback.
Getty Images

In the final international break before the World Cup, the USMNT faces an interesting set of matches against some infrequent opponents as Gregg Berhalter looks to formulate his final roster.

The international period begins on Sep. 22 with a friendly match against Japan at 8:25 a.m. ET in Düsseldorf, Germany. This is followed by a friendly against Saudi Arabia on Sep. 27 in Murcia, Spain.

Friday's match against Japan marks the third time these nations have faced off on the pitch. The first was a 3-1 Japanese victory during the 1993 Kirin Cup — a three-team tournament hosted by Japan. More recently the two sides played a friendly match in San Francisco in 2006.

This 2006 friendly was vital for both countries as they prepared for the FIFA World Cup hosted by Germany that summer. It was also the first soccer match hosted by SBC Park, now known as Oracle Park, home of the San Francisco Giants of Major League Baseball.

The hosts took the lead in the 24th minute, as Twellman's cushioned header off a long ball allowed Eddie Pope to slot home a first-time finish from near the penalty spot.

15 minutes later, Dempsey (in his pre-EPL days) doubled the lead, as some slick buildup play carved apart the Japanese backline and Twellman's pass put Dempsey in a goal, where he stayed calm and put the ball in the net with a one-touch finish.

The lead stretched to three goals early in the second half, this time with Twellman as the goalscorer, as the New England Revolution striker created space on the corner and thumped the ball home with a fine diving header.

Japan got back in the match in the 60th minute via Seiichiro Maki's diving header that beat Hartman. Things got even more interesting in the second minute of stoppage time, as Japanese center back Yuji Nakazawa pulled back another goal from a corner kick, but the visitors could not find an equalizer in the little time that remained.

Media outlets praised the match for its "stunning turnout," as 37,952 fans — many of them supporting the visiting Samurai Blue — were in attendance for the Bay Area friendly.

On the pitch, only two players from the starting XI that day — Landon Donovan and Eddie Pope — started the US's first World Cup match against the Czech Republic four months later. Twellman was omitted from that World Cup squad despite a goal and two assists against Japan and a hat trick the previous match against Norway.

The upcoming match against Japan will serve a similar purpose as Berhalter sets his World Cup lineup and parses possible fringe players. The game will be available on ESPN2 as well as ESPN+.