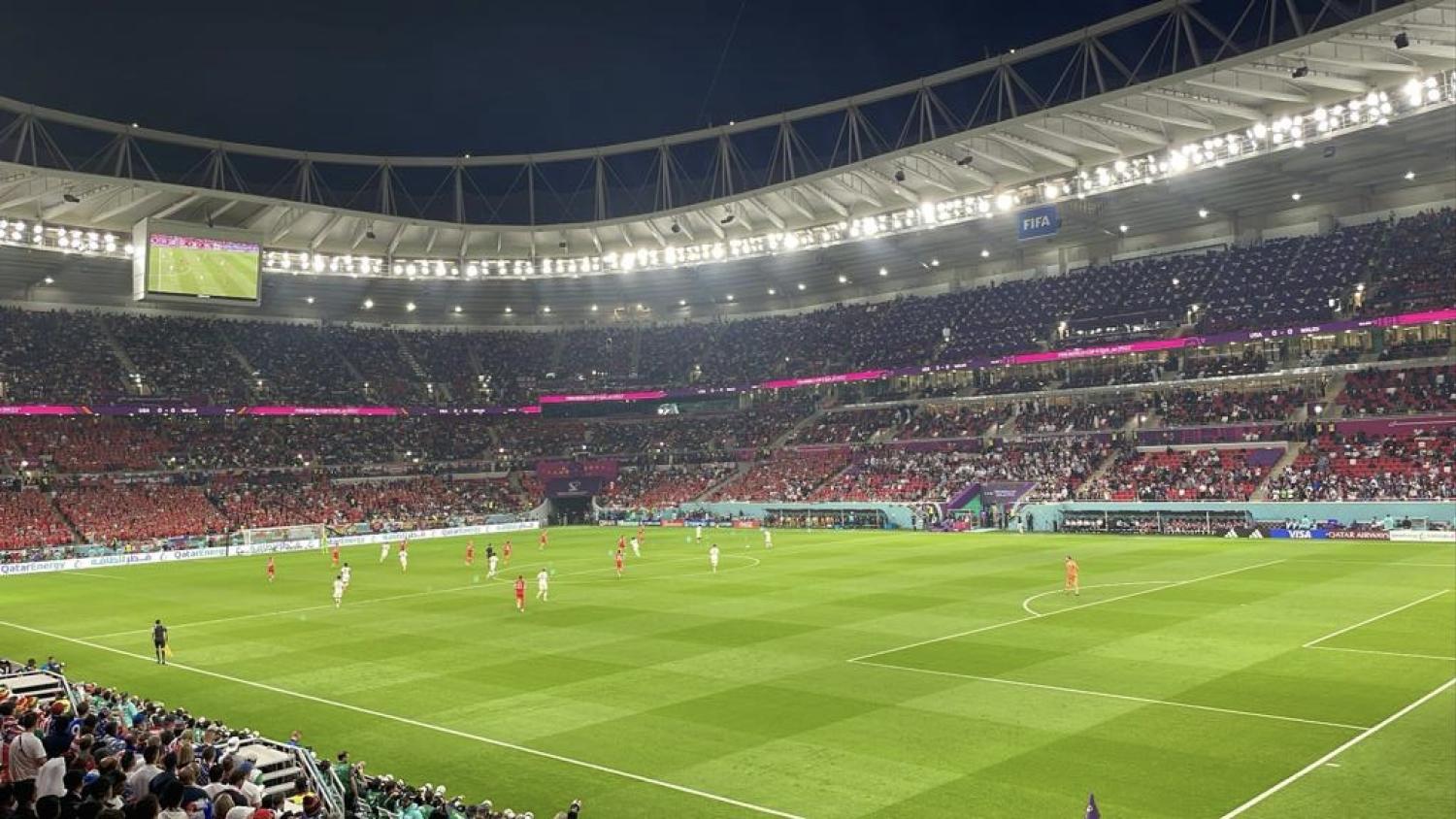 A USA fan's perspective of the opening game vs. Wales.
Paul Lieser

As American soccer fans, we have waited over 8 years to represent the stars and stripes at the globe’s most famous tournament. The late night match on the second day of the tournament staged USA to play Wales at 10 p.m. local time in Doha.

Excitement and hope reigned across both American and Welsh supporters in the build-up outside the changing colored lights of Ahmad Bin Ali Stadium. The newly constructed metro system stationed right outside of the venue delivered very comfortable transportation to the stadium. Local residents of Qatar were asked to drive or Uber to the stadium to avoid metro congestion. 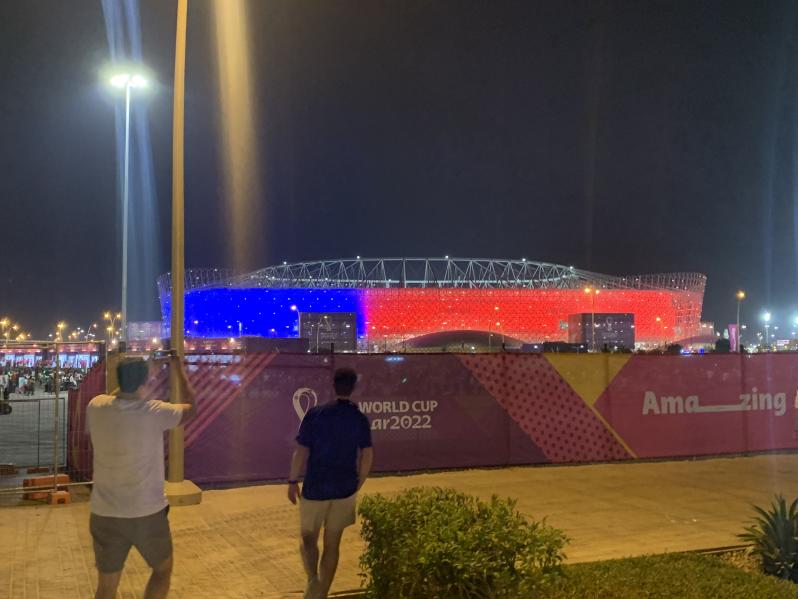 Entrance to the stadium was confusing as we approached fencing outside the stadium and volunteers directed people to walk away from the stadium toward the security gates. We tracked back our steps toward the stadium once through security. The setup was slow and similar to TSA at an airport. Bags were placed on a conveyor belt and fans would walk through a metal detector, only to be screened with a handheld scanner after.

In typical World Cup fashion, the plaza outside the stadium contained food vendors and sponsor booths selling licensed merchandise. Electronic music rocked the air as a DJ spun tracks on a stage accompanied by a lightshow. Street soccer jugglers drew crowds while a marching band of 8 blonde female drummers dressed in gold trooped behind their horn wailing leader.

Inside the newly-constructed gem of a stadium, 43,000 people packed the sold out stands. Surprisingly Budweiser sold a lot of non-alcoholic beer at the packed concessions after Qatar’s controversial decision to eliminate alcohol at the stadiums two days prior the start of the Cup. 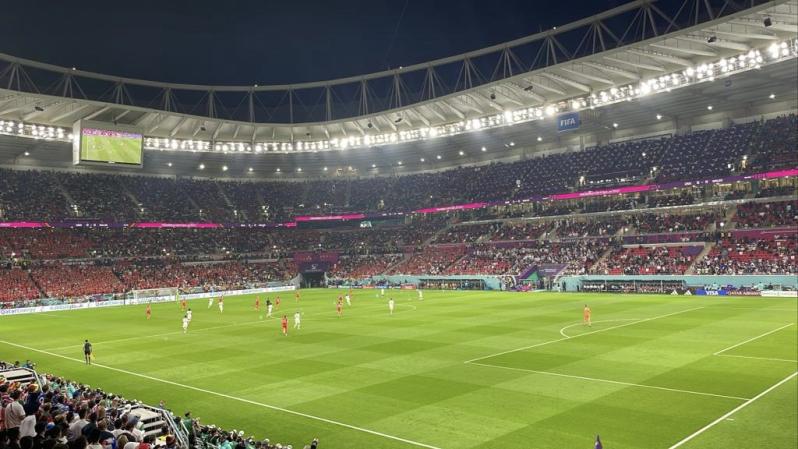 A sea of Welsh red dominated several seating sections behind their goal singing songs of their country homage.

I was near tears during halftime in full belief our team would topple Wales. The end result did not share my dream, but the American faith did not waiver after the final whistle. Even a brief moment I shared outside the stadium with Sunil Gulati, former U.S. Soccer president, reminded me that the team can still win out in upcoming matches against England and Iran.

Stadium security ushered the fans back toward the modern metro through fenced paths. Crowded supporters packed in a slow moving to standstill line. The hour-long wait outside the metro station proved as another example of Qatar’s unpreparedness to smoothly handle the influx of tourists for an event of this magnitude. 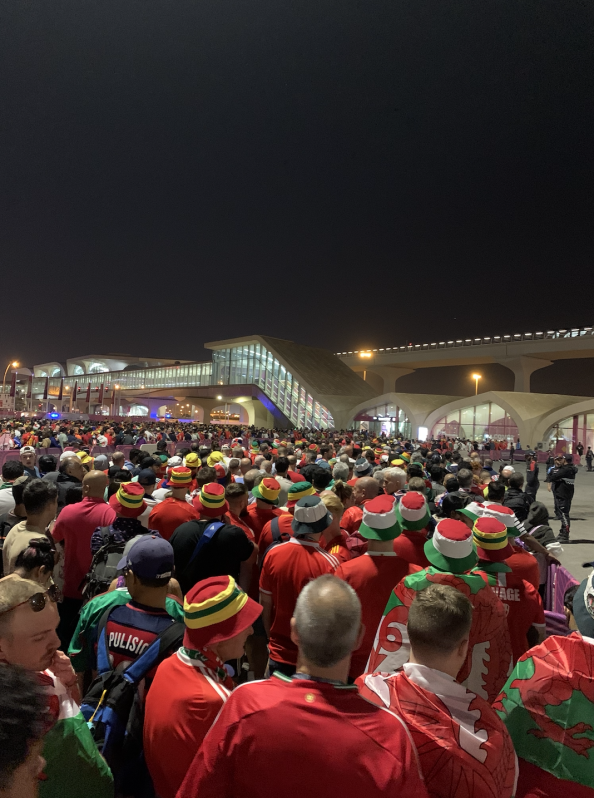 At the end of the night, the USA will waiver on and so will the most consolidated World Cup ever.