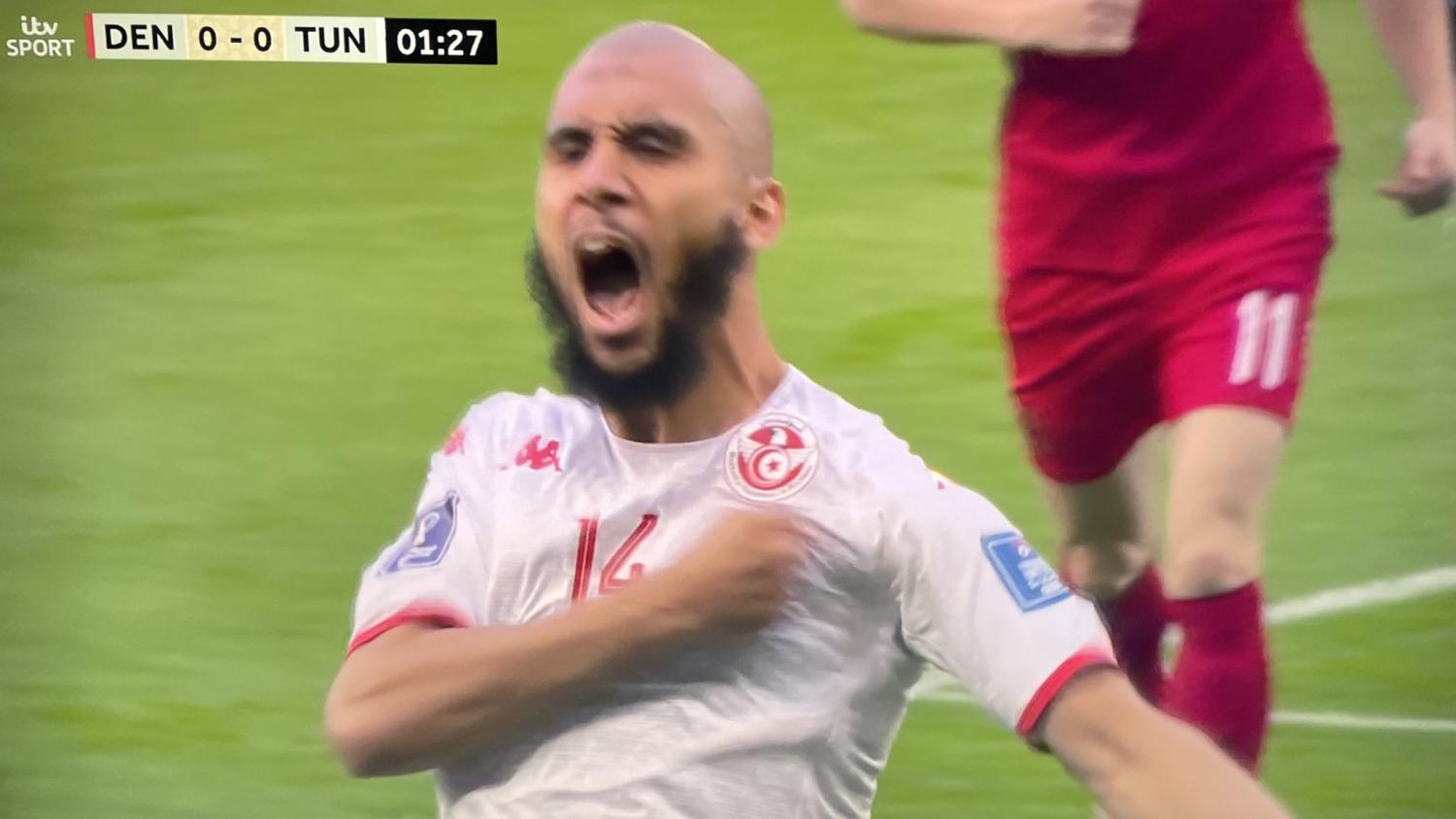 Goalless draws aren't boring when Laïdouni is flying around.
The18

You'll hear the sentiment over and over again during tournament coverage: There are no mysteries at the World Cup anymore — modernity and globalization have combined to eliminate the past thrill of the complete unknown showing up on our TV screens and taking over.

Tuesday in Qatar has laid waste to that idea. First, Saudi Arabia — with a squad comprised entirely of guys from the Saudi Professional League — beat Lionel Messi, Ángel Di María and Argentina. Then, Tunisia showed up to play Christian Eriksen, Kasper Schmeichel and Denmark and the player that emerged as the top talent was Aïssa Laïdouni in a 0-0 draw.

Unless you've been watching a lot of Ferencváros in Hungary's OTP Bank Liga, there's no way you know anything about Laïdouni.

The 25-year-old midfielder set the tone early with a crunching tackle on Eriksen that quickly revealed Tunisia's home advantage at Education City Stadium by way of roaring approval.

Kristensen responded by getting booked for a foul that took Laïdouni's boot off.

Later Laïdouni could be seen pumping his fist wildly after some defending resulted in the ball going out for a Denmark throw-in. That excitement worked against Laïdouni when he lashed a half-chance over from a dangerous area, so he took his frustrations out on his finger.

He finished the first half with two tackles, three clearances, one interception and that successful dribble via nutmeg.

The passion and fire in the middle of the park wasn't really matched at either end in the second half. Denmark and Tunisia combined for 24 shots, but Issam Jebali and Kasper Dolberg aren't exactly feared strikers in the international game and Andreas Cornelius couldn't convert from close range.

Laïdouni went for 88 minutes as he and midfield partner Ellyes Skhiri largely got the better of Eriksen, Pierre-Emile Højbjerg and Thomas Delaney.

Tunisia was a huge question mark after a relatively easy qualifying path with Equatorial Guinea and Mali their two main hurdles, but with the passion and endeavor they showed Tuesday, they have a great chance of earning more points Saturday against Australia in Al Wakrah.