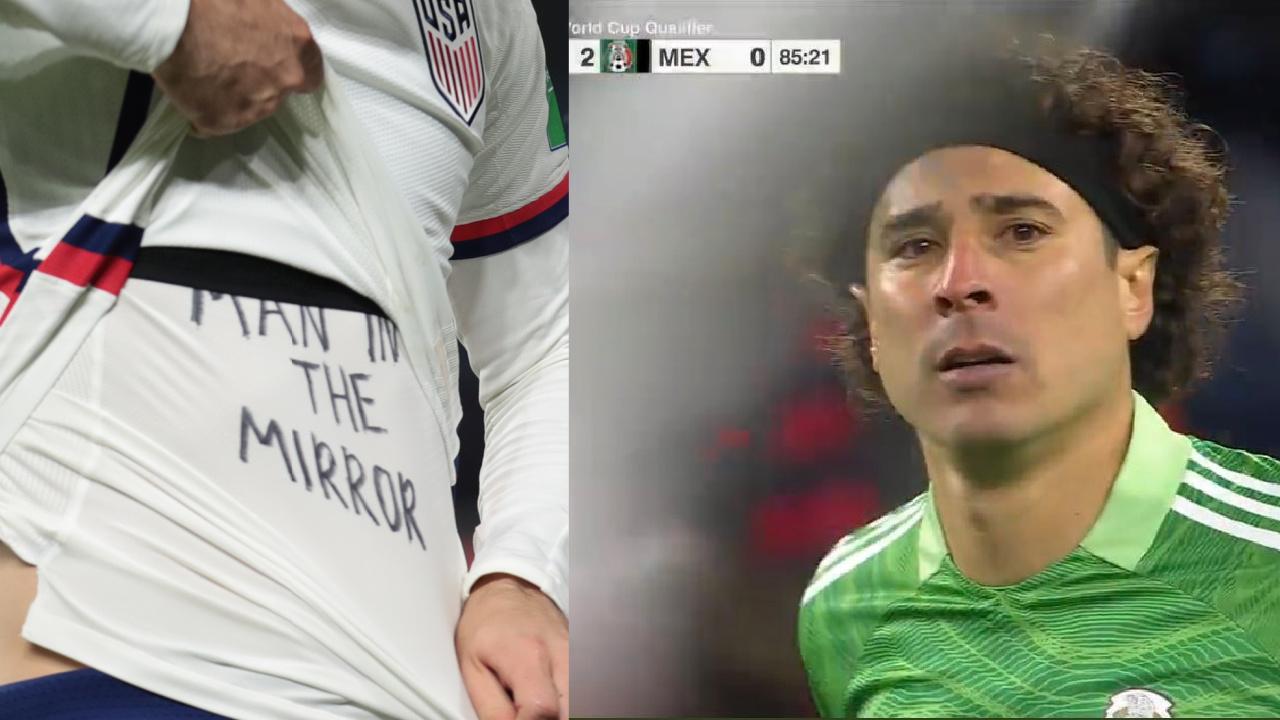 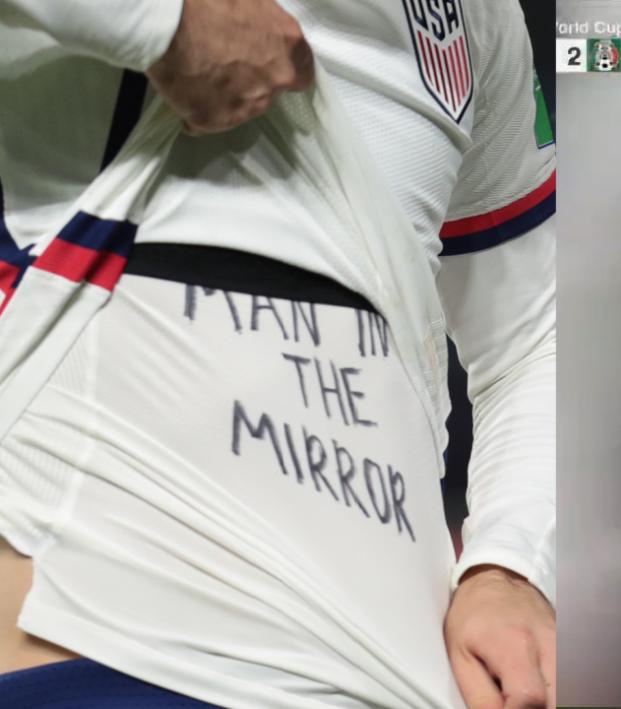 United States' Christian Pulisic was on target in Friday's 2-0 win over Mexico, but it was the message scrawled on his T-shirt that made headlines as the winger responded to a pre-match jibe from their North American arch rivals with one of his own.

Second-half substitute Pulisic headed home a cross within five minutes of coming on, while Weston McKennie scored another as a young U.S. team moved to the top  of the World Cup qualifying CONCACAF standings.

Mexico goalkeeper Guillermo Ochoa had said before the game that his team was the "mirror in which the United States wants to see itself.” As soon as Pulisic put the home side ahead, he lifted his shirt to show the words "MAN IN THE MIRROR”.

Memo Ochoa: "Mexico is the mirror in which the United States wants to see itself"

"I think you guys know the message, I don't need to speak on it too much. It's not a big thing, I'm not trying to cause a controversy, it was just an idea that came to my head," a smiling Pulisic told reporters. "I actually wrote it in a mirror — no, I'm kidding. Somebody did it for me," he added as the news conference room erupted in laughter.

A fractious game, which involved a scuffle in the second half in a highly charged atmosphere in Cincinnati, spurred the United States to score two late goals and beat Mexico for a third time this year. The U.S. team had beaten Mexico in the finals of the Nations League and Gold Cup earlier this year. American coach Gregg Berhalter had said they had a "long way to go to get the respect of Mexico" after hearing about their comments.

"I think we've earned respect the last couple of times we've played them," Pulisic said. "They understand what we're about, we understand what they're about - that's what makes a great rivalry. I'm just happy we could come out on top again tonight. We knew it's always going to be a good game against Mexico and to get three points gets us a lot closer to qualifying for the World Cup."

(Reporting by Rohith Nair in Bengaluru; Editing by William Mallard)