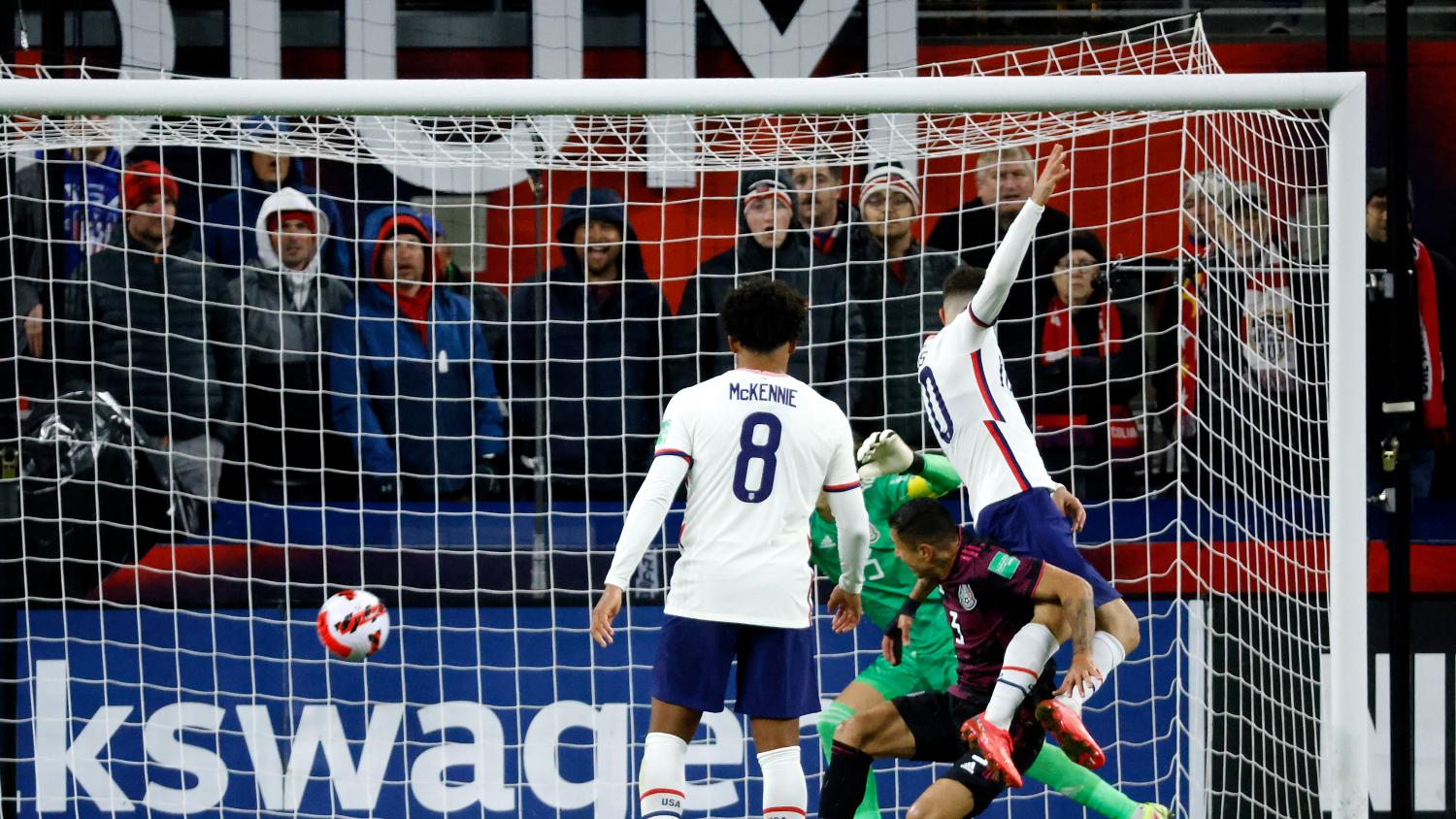 “Man in the mirror.”
Getty Images

The USMNT had an iconic 2-0 victory against Mexico Friday night with Christian Pulisic scoring the game’s opening goal. During Captain America’s celebration he revealed a message written on his undershirt that had fans asking: “What did Pulisic’s shirt say?”

Pulisic pulled out one of the most badass undershirt reveals since Mario Balotelli’s “Why always me?” shirt.

The undershirt that Pulisic wore had the written message of “Man in the mirror” written on it. So, why did he write this?

Pulisic’s shirt is a glorious rebuttal to a quote from Mexico goalkeeper Guillermo Ochoa. The Mexico keeper told TUDN in an interview that the USMNT dreams of being El Tri and that the team wishes to look in a mirror and see themselves as Mexico.

Think the Man in the Mirror on Pulisic’s shirt was re: this Memo remark https://t.co/FRt4aEul4A pic.twitter.com/a6nTPJeZL0

Pulisic then had the most massive cajones on planet Earth to wear an undershirt for the game with a written message of “Man in the mirror.” The Chelsea ace knew he wouldn’t start but still had the confidence of knowing he could score in this game if brought on.

Pulisic flashing “Man in the Mirror” on his shirt after scoring the game winner tonight in response to Mexican GK Memo Ochoa claiming a few days ago that “Mexico has been that mirror that the United States (National Team) wants to see itself.” #swag #maninthemirror pic.twitter.com/Gt3QsLr08K