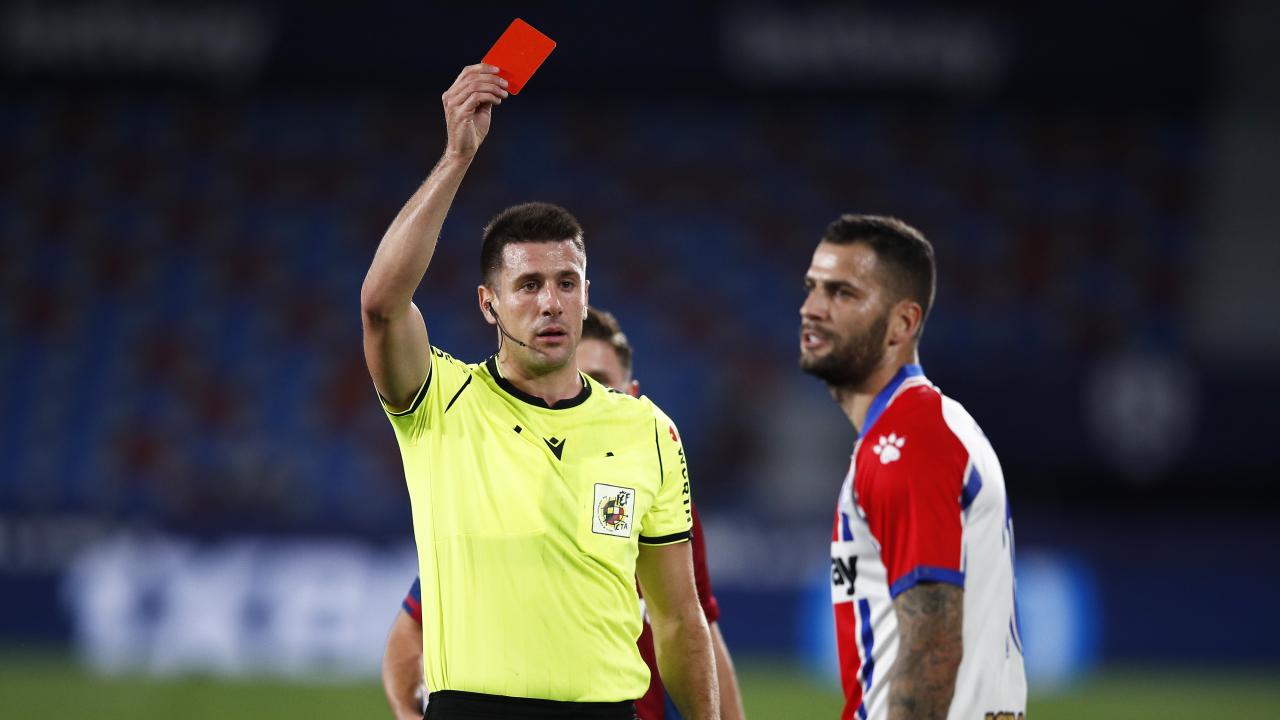 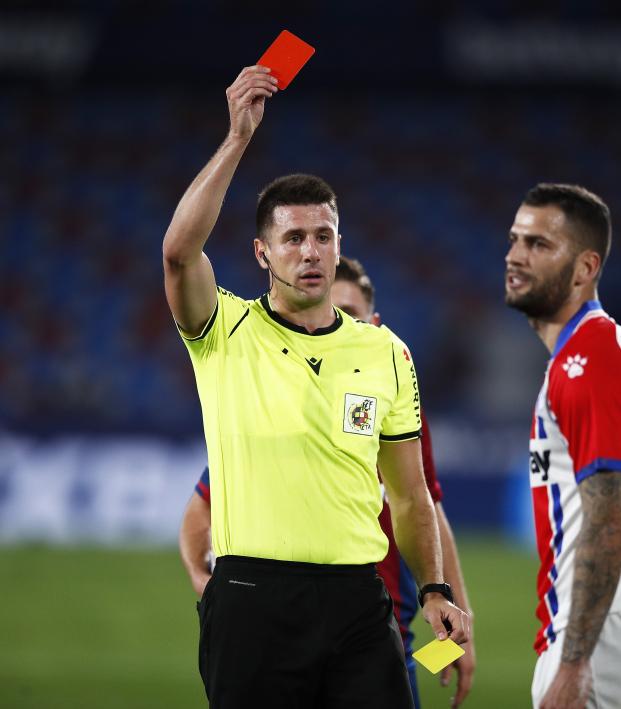 Watch Player Get Sent Off For… Getting The Ball Back From Out Of Bounds?

The Édgar Méndez red card that took place in the 34th minute between Alavés and Levante will be a strong contender for the oddest sending off of the season.

Méndez was shown his first yellow card in the 24th minute. Then, ten minutes later, he was bizarrely booked a second time and given a red card after retrieving a ball that went out of bounds and passing it onto the field.

The official reason for Méndez getting sent off was for time wasting. My hunch, though, is if his genius teammate Víctor Laguardia didn’t kick the second ball at the Levante player dribbling the real ball, then Méndez might have avoided seeing red.

Laguardia could’ve easily kicked the imposter ball back out bounds behind his goal. Instead, he chose to be a devious little bastard and try to play a quick game of soccer pool with the two balls. This red card may not be as wild as that one Romanian player who threw a spare ball at an opposing player, but to see something like this happen in LaLiga is quite rare.

Karma eventually caught up to Laguardia for his role in getting his teammate sent off. In the 51st minute, Levante leveled the score with the shot nutmegging Laguardia in the process.

Despite playing a majority of the game down a man and only having 28% possession, Alavés held on for a point with a 1-1 draw.