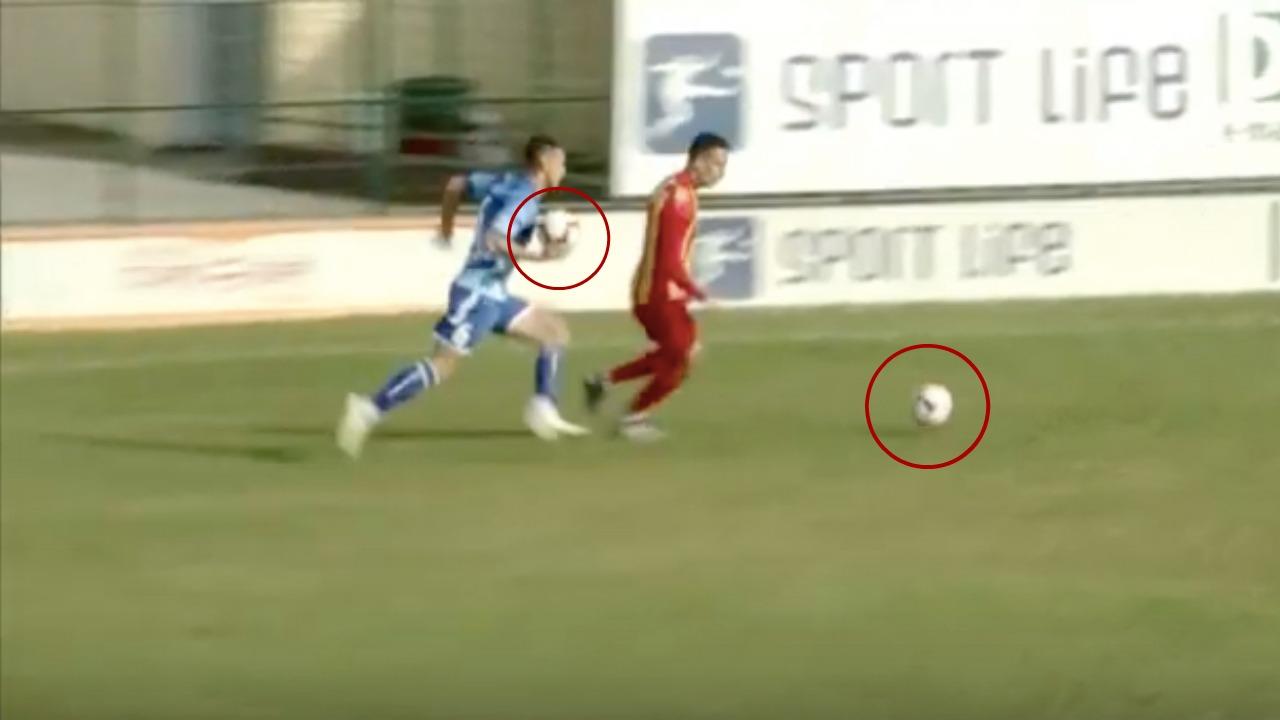 It’s a tactic that’s frequently implemented during elementary school recess, but its application at the professional level is far less pronounced: After a quick throw-in during a match in Romania between Makedonija Gjorce Petrov and Akademija Pandev, a defender chased after play with a spare ball in his hands before throwing it at the feet of the attacking player and knocking the live ball away.

While the “tackle” was extremely successful in the moment, it ultimately led to a red card for serious foul play. All of the offending player’s teammates then surround the ref, and I can only assume they think a red card is too harsh — what a sport we’d have if this was only a yellow and every player on the pitch was effectively allowed to do this once per game.