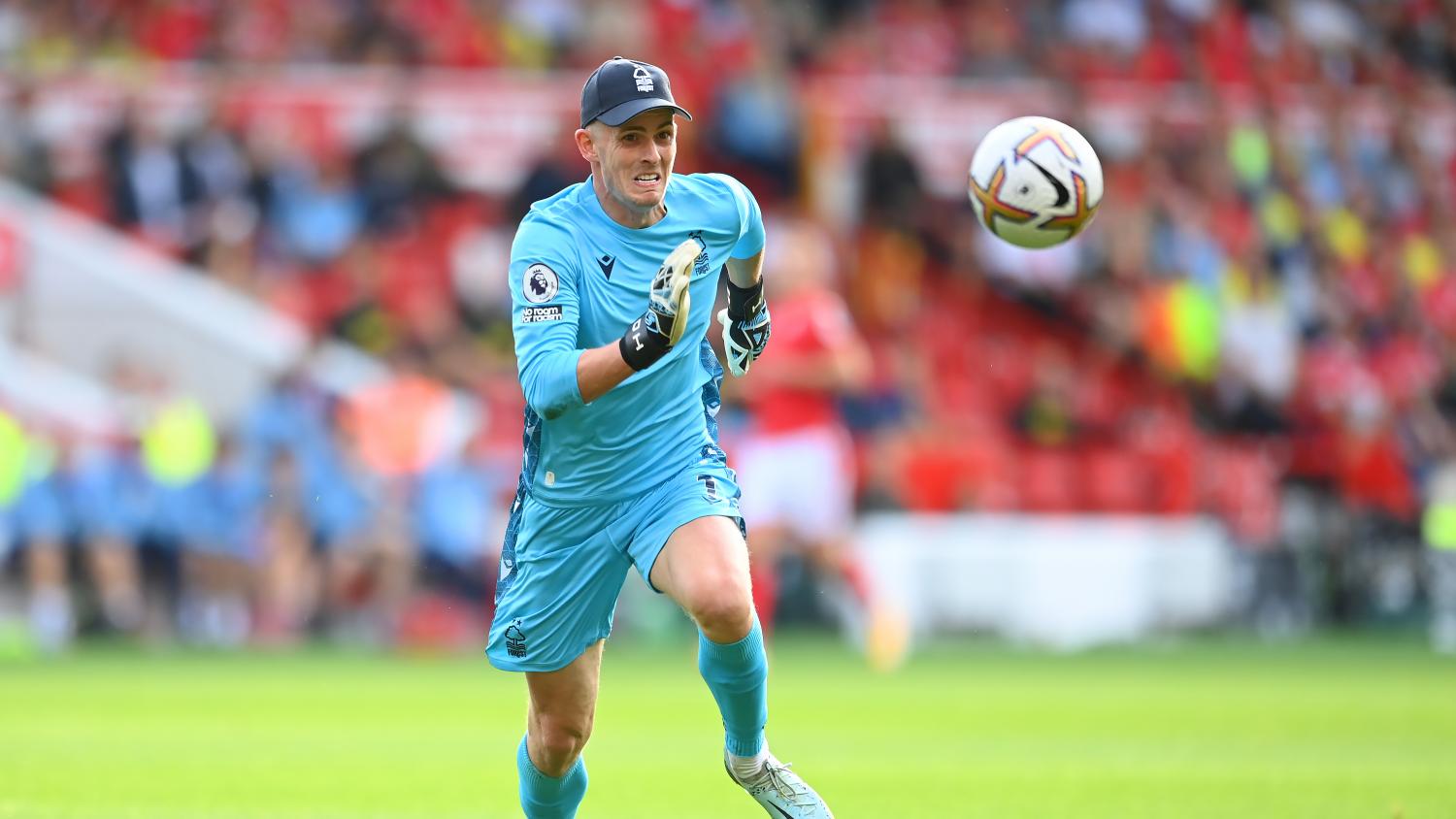 As with most conversations early in the season, the focus in the Premier League right now is on how top players are performing at new clubs. There is significant buzz around Erling Haaland (six goals) and Gabriel Jesus (five goal contributions), and rightly so.

Yet the best new signing — scratch that — the best player in the EPL so far this season has not been a prolific attacker. He's a loanee goalkeeper for one of the worst teams in the division, but Nottingham Forest's Dean Henderson has been doing all he can to keep the newly promoted club in the first tier.

Dean Henderson is the top rated player in the Premier League this season (8.01). He has saved two penalties in Nottingham Forest's first four matches pic.twitter.com/ssKrgAHOaq

We begin with, his most conspicuous moments (besides the hat): a pair of penalty saves. The first came in a crucial 1-0 victory against West Ham, Forest's first EPL win in 24 seasons. His showing against the Hammers came with some luck — two shots that came bar down and out plus a goalline clearance — but the English keeper kept the shutout in a match where West Ham put up 2.1 expected goals (xG).

Speaking of expected goals, Nottingham Forest has been outscored on xG in all four of its Premier League fixtures, yet thanks to Henderson's heroics, the squad has earned a win and a draw from those matches. Forest, which currently sits 14th, also has the worst xG allowed and the second-worst xG difference in the EPL.

As for Henderson's xG numbers, the Manchester United loanee has allowed 3.9 fewer xG than expected given the shots he has faced, best in the league. His numbers are boosted by the two penalty saves (worth 0.76 xG each) yet even so, the English keeper still ranks as the second-best shot-stopper in the EPL.

Henderson's most recent penalty stop came over the weekend against Tottenham striker Harry Kane, who had previously converted 90 percent of his Premier League penalties and had not missed from 12 yards since February of 2018.

Forest lost 2-0 to a still-undefeated Spurs but through no fault of Henderson, who has been a busy man between the posts. The Englishman is tied for most saves made among EPL keepers and second-most passes attempted.

He saves the Harry Kane penalty then tips his cap to the crowd at the City Ground. #NFFC

It's hard to believe it has been three seasons since his phenomenal year with another freshly promoted EPL squad — Sheffield United — and even more improbable that after two years of inconsistent playing time, Henderson has continued with the impressive form he showed with the Blades.

It would also be easy to juxtapose Henderson's early-season prowess with the struggles of Red Devils teammate David de Gea, but as he did at Sheffield, Henderson is once again making a name for himself and is doing so independently of the Manchester United badge.

He was unlucky to not be the Manchester United No. 1 last season (a preseason injury prevented that), and now with the signing of Martin Dúbravka, the Red Devils have another competent keeper in the fold. But what do they hold over Henderson besides experience?

The 25-year-old has already completed the strenuous task of keeping a promoted team up and will look to do so again this year. Henderson could have been irritated with that lateral move, but instead he's playing the best football of his life. It's time for the Premier League to take notice.