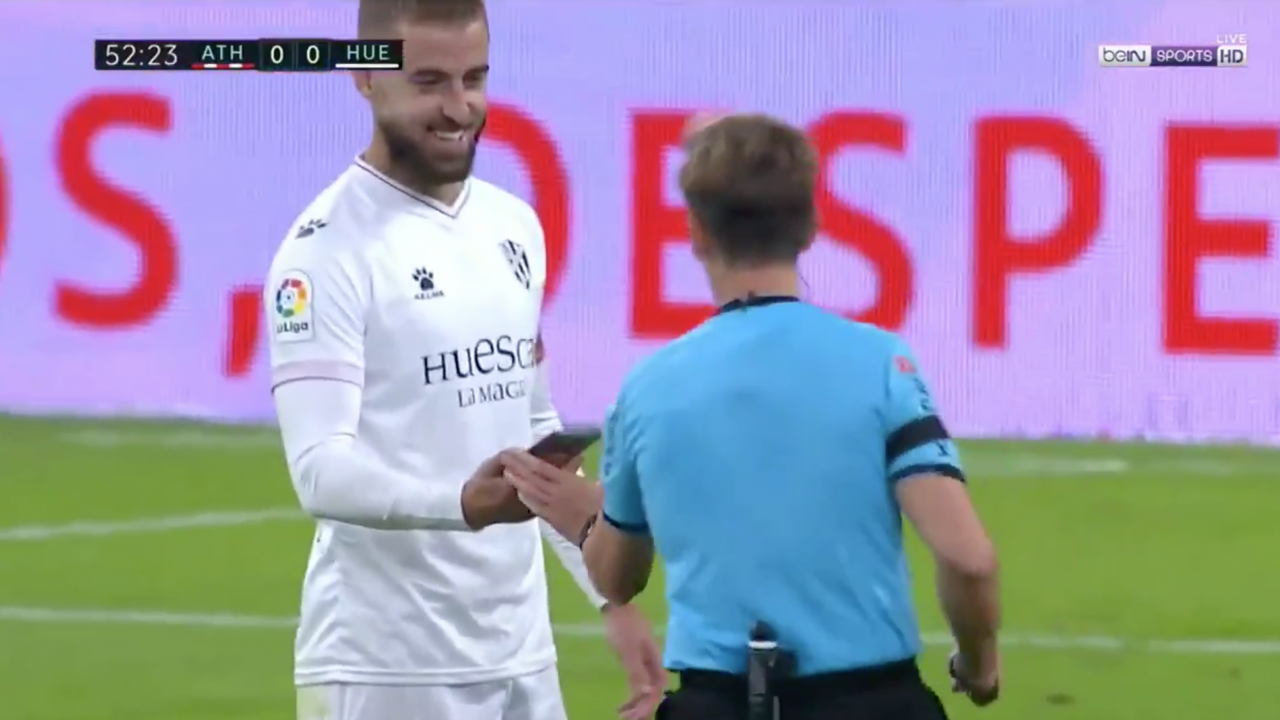 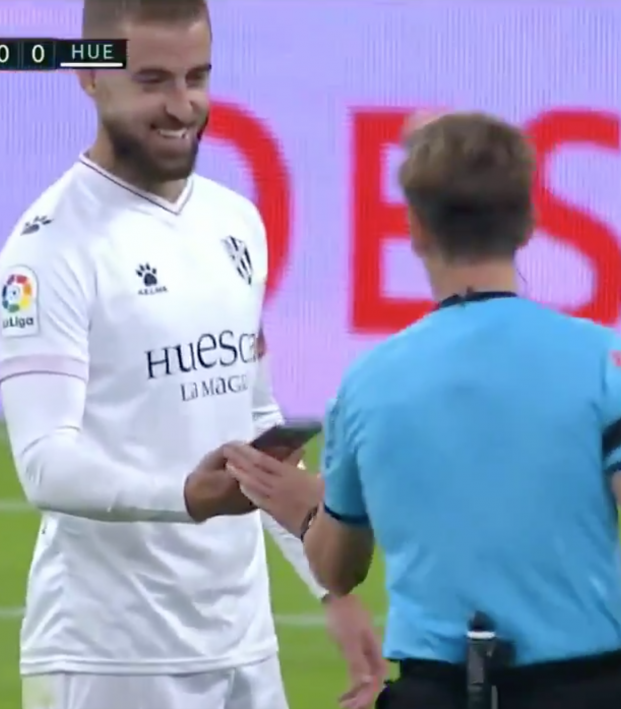 Um, Someone Left Their Cell Phone On The Pitch During A LaLiga Match

Jorge Pulido received two yellow cards on Friday, including a second that conceded a decisive penalty kick as his Huesca lost 2-0 to Athletic Bilbao. But the weirdest moment of the match was when the Spanish center back found a cell phone — yes, a cell phone — on the pitch in the middle of the game.

Early in the second half with the match still scoreless, Athletic was trying to play out of the back when Pulido bent over to pick something up off the turf. It turned out he was grabbing a cell phone, and it appeared he tried tucking it away in his pants. Eventually, he handed it to the referee, who then handed it to a sideline official.

Who forgot their phone on the field?!? #LaLiga pic.twitter.com/8swT2QCgtU

Who the heck leaves a cell phone on the pitch in the middle of a top-flight football match? Someone who was on the field at halftime must’ve dropped it, possibly a substitute warming up. Imagine the phone owner’s horror when he or she realizes it’s missing and then sees the referee trotting to the sideline to get it off the field.

After grabbing the cell phone, Pulido ended his day by grabbing Kenan Kodro in the box to earn his second yellow card and concede a penalty kick. Kodro converted from the spot in the 86th minute and Unai Nuñez headed home an insurance goal as Athletic took home all three points (and presumably an extra cell phone).