The Ballad Of Michelle Akers And The Rabid Bobcat 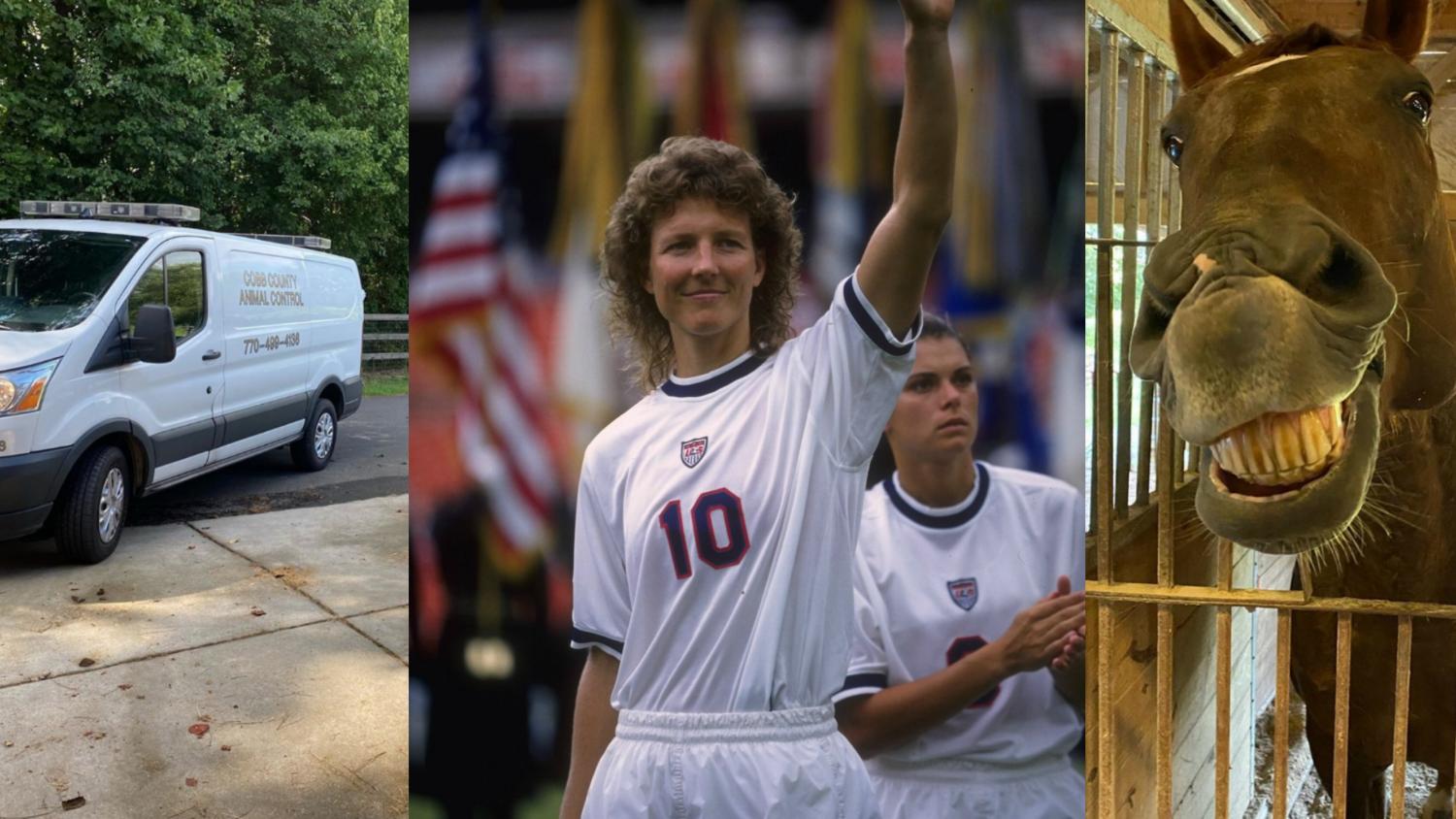 A little tale about how the world’s greatest footballer saved her farm from an invader.
@officialmichelleakers | Instagram

Lemme sing y’all a little song about the legend of Michelle Akers, all based entirely on true events ripped straight from her Instagram timeline.

Once upon a time in the pre-NWSL U.S.,
women’s soccer was dominated by a lanky, curly haired lass.

Michelle Akers did it all way back when,
she shared FIFA Player of the Century with China’s Sun Wen.

She won two World Cups and one gold medal,
not too shabby for a girl from just outside Seattle.

When Michelle left soccer, she moved to a farm,
founded a horse rescue to protect them from harm.

She sold all her trophies and was never one to gloat,
living on a farm with her son, dogs, cats and one surly goat.

One summer evening danger came for our soccer queen,
the farm was invaded by a rabid bobcat, nasty and mean.

Michelle ushered her dogs, ‘Quick get inside!’
Then she ran for the horses, gun by her side.

So this is happening. A rabid bobcat almost got me and my dogs near the front deck/front door of our house... after getting the dogs SAFELY inside... it went into the barn... with my horses... the rest of the story later as we are still dealing with it

The bobcat evaded, jumping over and under,
and into a stall with an old goat and Thunder.

In rushed our heroine, despite recent injury,
protecting those horses was her utmost priority.

Finally amidst the furor and chaos,
Michelle saved the day with one fateful toss.

With no other way to stop the feral bobcat,
she covered the beast with a large muck bucket. 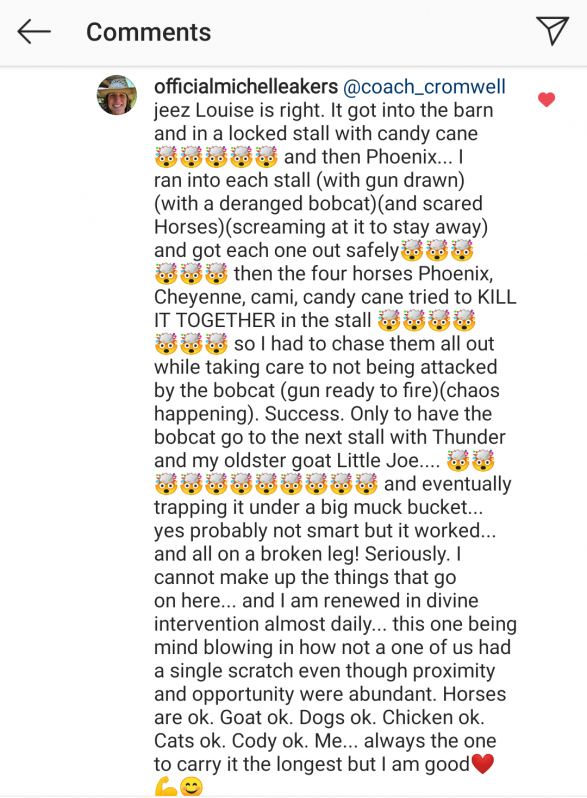 Animal control came and the creature was put down,
there’s no tolerance for a distempered bobcat running around.

Michelle’s quick thinking even while limping,
saved her animals and family from unfortunate clawing.

The world’s greatest footballer earned herself a fiesta,
work done of the day she deserves a margarita.

A harrowing couple hours. We are all ok. The bobcat either had distemper or rabies and was euthanized. Story tomorrow. I do not know how no one got hurt... except to say we had divine protection in every moment and at every turn  I will not be able to sleep tonight. Thankful for Cobb County Animal Control, GA Dept of Natural Resources, and the Divine and all our guardian angels for a good outcome  I need a strong margarita #thefarmadventureisnojoke