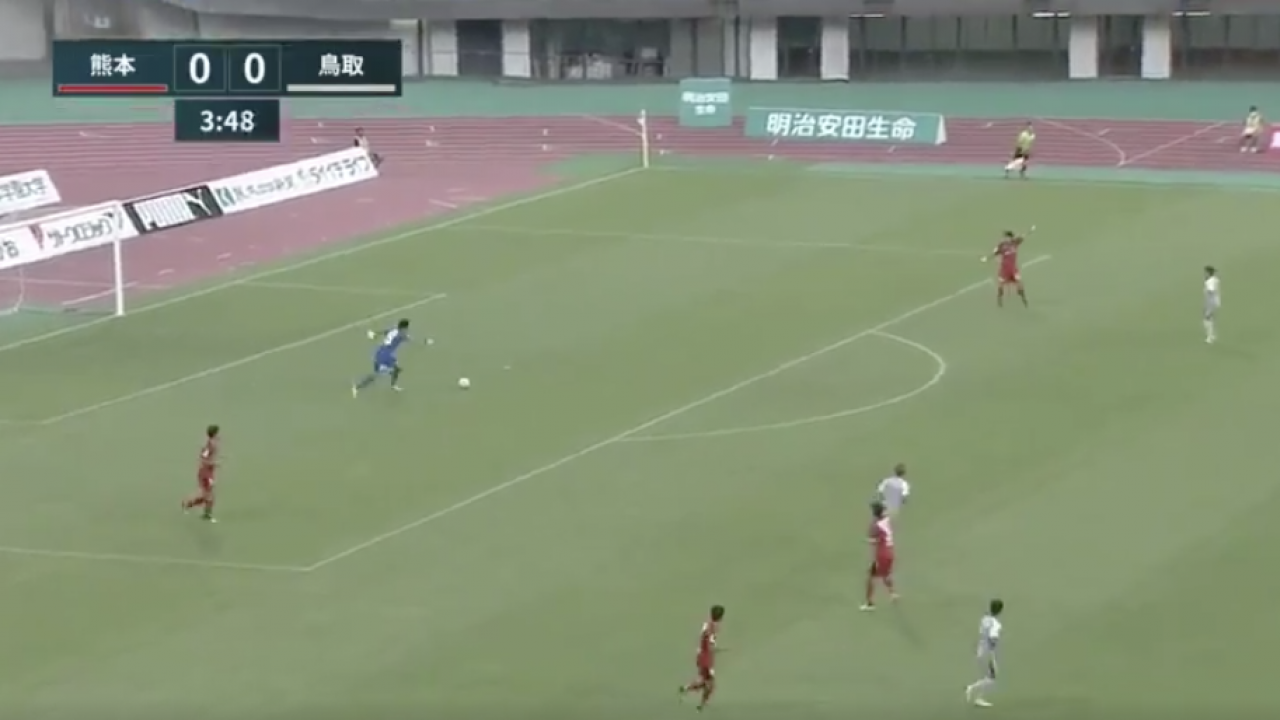 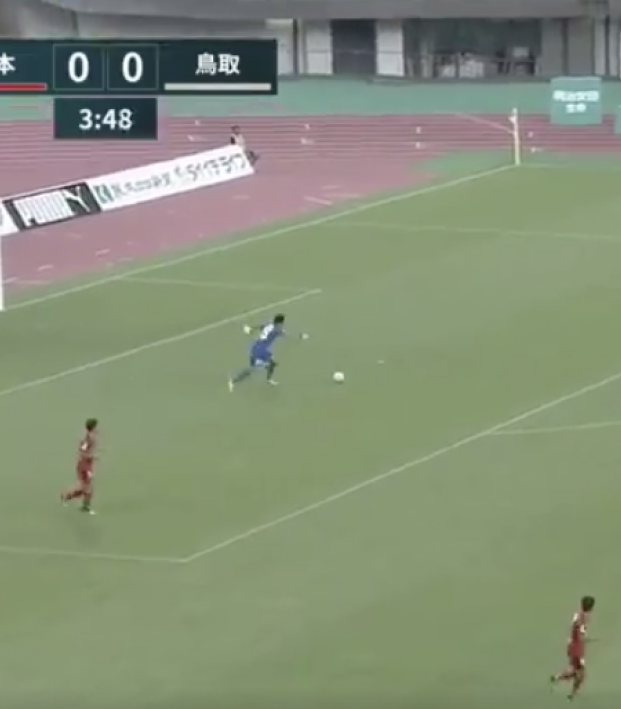 “Route One Soccer” is a seldom used tactic that happens professionally once every blue moon and actually works even less of the time. The strategy is often seen in U.S. youth games when the goalkeeper punts the ball as far as he can and the fastest kid on the team tries to outsprint all the opponents to the ball. Route One style of play is the exact opposite of tiki-taka.

Despite the critics, a team in Japan’s third-tier gave any Route One haters the finger and perfected it to a tee. Why bother stringing together 20 passes over the course of two minutes if you can minimize that time to six seconds? Observe as Japanese club Roasso Kumamoto goes from one goal to another with the ball only touching the ground once.

Goalkeeper assist! Extra credit though to the goal scorer Kaito Taniguchi for a thunderous strike that Jamie Vardy would have been proud of.

The only disappointing thing in this video is that the goalkeeper didn’t run the length of the field to celebrate with Taniguchi like Alisson did with Mohamed Salah after Liverpool’s victory against Manchester United.

Roasso Kumamoto would end up drawing 1-1 to Tottori with the two teams tied for second place after seven games played. Both sides are chasing after current league leaders Blaublitz Akita, which has a ridiculous 7-0-0 record with 15 goals scored and only one goal conceded.