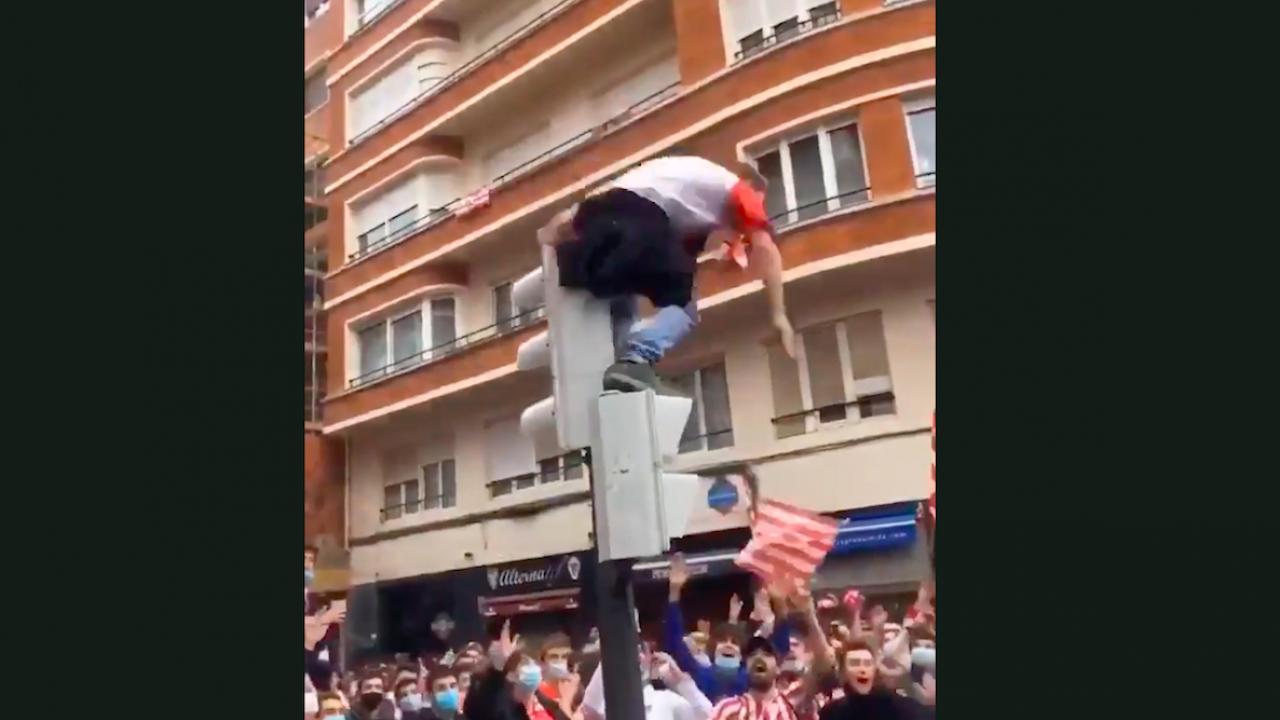 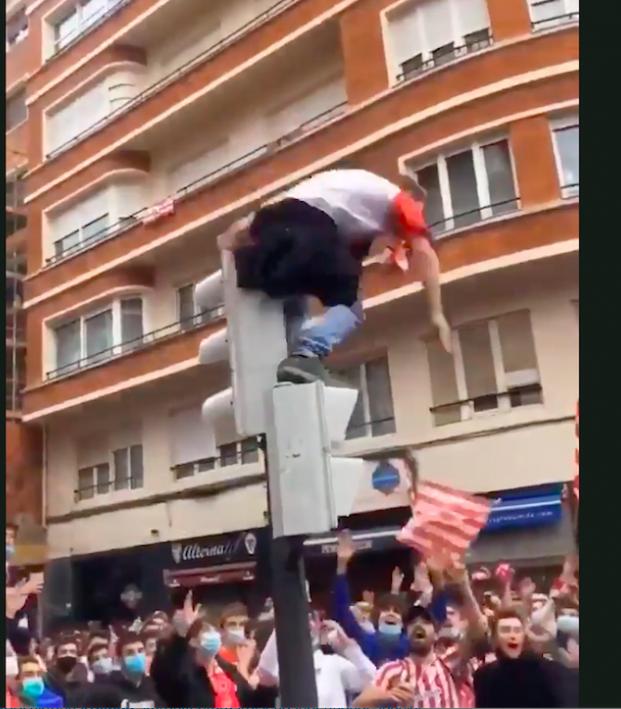 MADRID - An Athletic Bilbao fan endured more than just heartbreak as his side were beaten 1-0 in last Saturday's rearranged Copa del Rey final by rivals Real Sociedad, with local media reporting he suffered a punctured lung after jumping off a traffic light pre-game.

Videos on social media showed the supporter, who has not been named, making the ill-thought-out move in the build-up to the all-Basque encounter as fans — who were not allowed to attend the game in Seville due to COVID-19 restrictions — gathered in large numbers throughout Bilbao city center before kickoff.

It appeared the man thought he would be caught by fellow fans and perhaps even surf the crowd down the road. However, those in attendance had other ideas, moving out of the way as he crashed onto the floor.

Newspaper El Diario Vasco reported that the fan, who is filmed getting up after the initial impact and continues to join in with the crowd's singing, started to feel ill after the game and was admitted to hospital with broken ribs, which also perforated his lung. Real Sociedad won the game 1-0 thanks to Mikel Oyarzabal's 63rd-minute penalty, claiming their first Copa del Rey title since 1987.

Bilbao have a shot at redemption on April 17 when they take on Barcelona in this season's Copa final, where it is unlikely the fan in question will be repeating his pre-game antics.