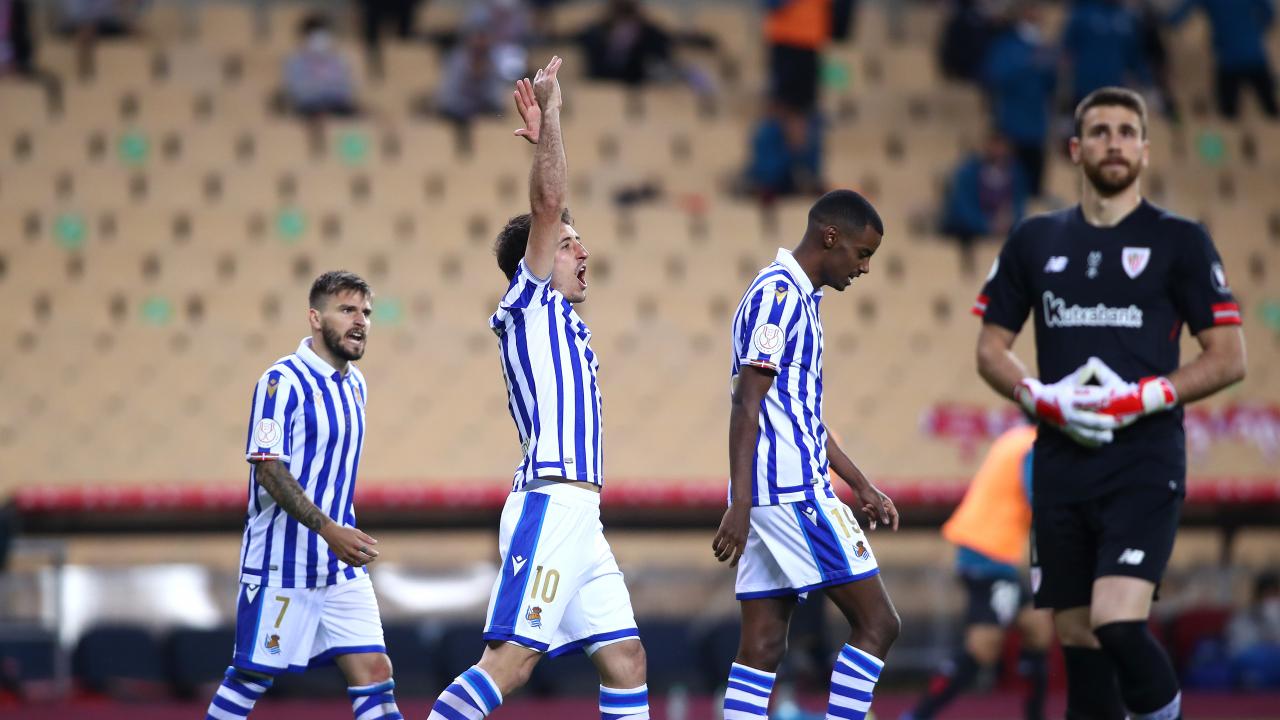 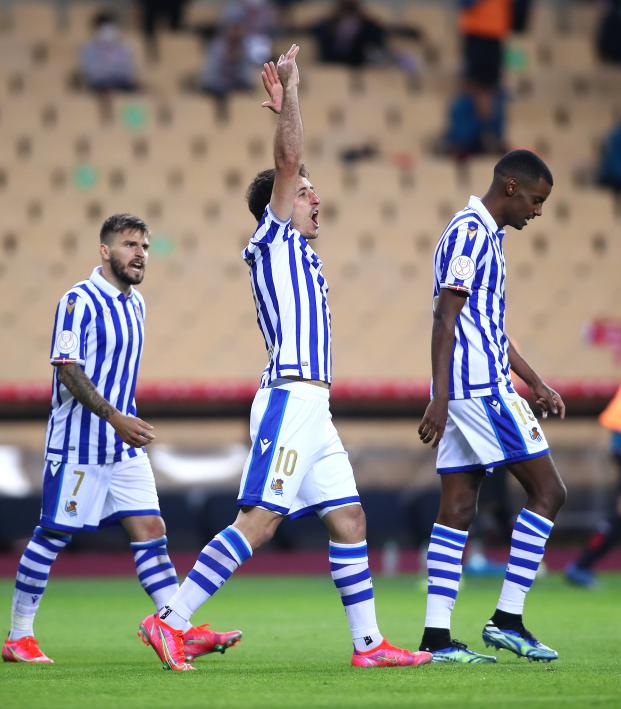 SEVILLE, Spain — Real Sociedad beat local rivals Athletic Bilbao 1-0 in the rescheduled 2020 Copa del Rey final on Saturday to get their hands on a major trophy for the first time since 1987.

Captain Mikel Oyarzabal netted the winner by sending keeper Unai Simon the wrong way from the penalty spot in the 63rd minute after strike partner Portu was felled in the area by Athletic defender Inigo Martinez.

Martinez, a boyhood Sociedad player who left for their rivals for 32 million euros ($37.64 million) in a controversial transfer in 2018, was initially shown a red card for the foul but the referee downgraded the punishment to a yellow card after a VAR review.

Sociedad dominated possession and Athletic failed to test their opponents on the counter-attack, still offering little in attack even as they chased the game deep into the second half.

The match was postponed by a year at the request of both clubs to ensure fans could attend but continued coronavirus restrictions in Spain meant the showpiece in Seville's La Cartuja stadium took place without any supporters.

Their first title in any competition since 1987 pic.twitter.com/vCsibRD6Tp

Athletic have now lost their last five Copa finals but have another shot at the trophy when they play Barcelona in this season's showpiece back at La Cartuja on April 17.