National Security: Ranking the best goalkeepers at the World Cup 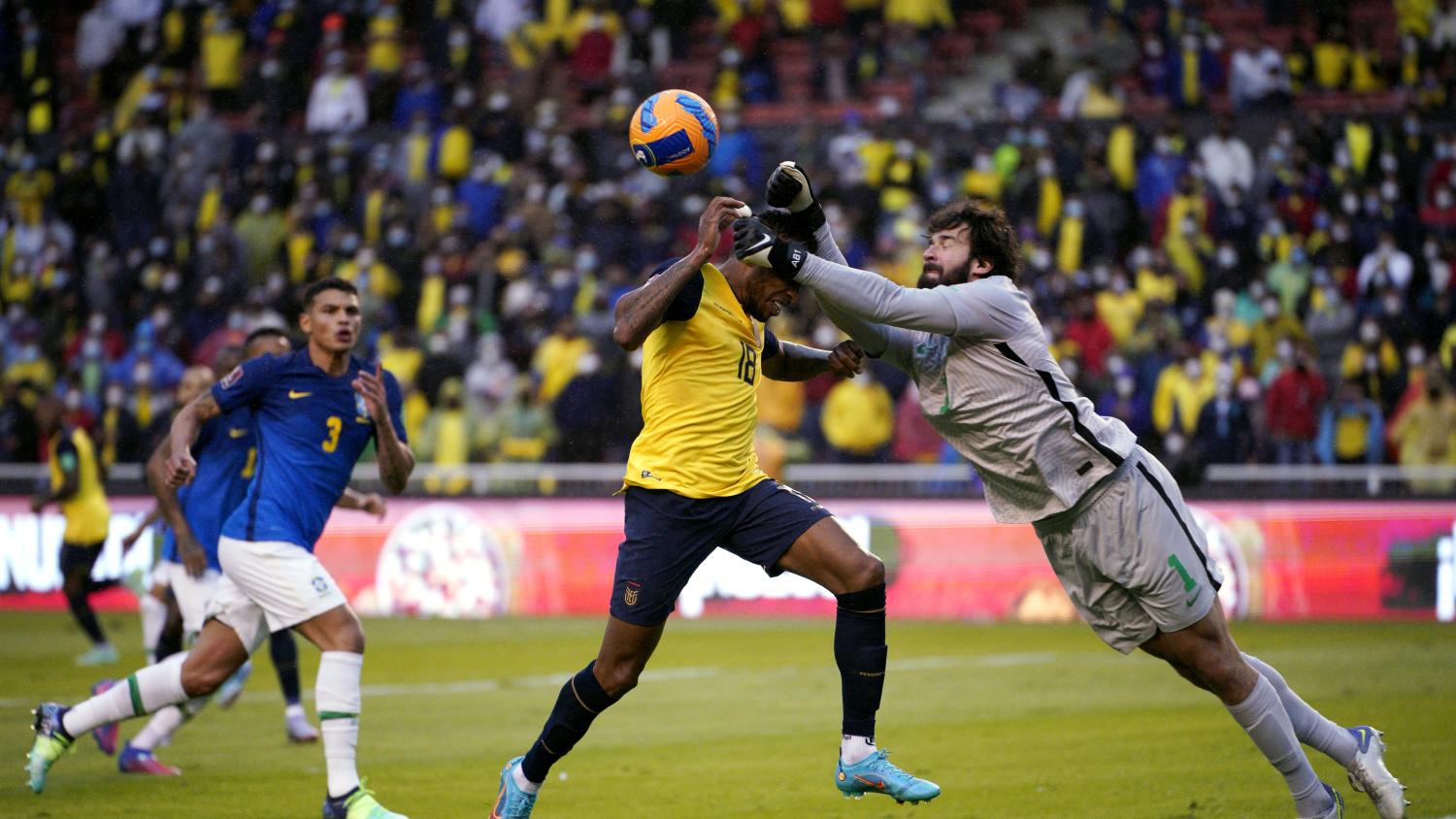 71 percent of the Earth is covered with water, the rest is protected by these goalkeepers.
Getty Images

Every World Cup cycle, the same question pops into the minds of soccer fans: why can't (insert player) do that for (insert club team)? These players pop into the national consciousness for a few short weeks in the summer, then return to obscurity as soon as the final whistle blows.

Mexico seemingly thaws out Guillermo Ochoa from his frozen cocoon every four years, reviving an unbeatable colossus between the sticks. Jordan Pickford remembers how to play soccer again as he thrives with a competent defense in front of him. Keylor Navas carries the dreams of an entire rainforested nation on his soldiers — and always comes through.

In the short tournament format, a strong goalkeeper can be the difference between a group-stage exit and a place in the semifinals. With such an emphasis placed on the man between the posts, these are the best goalkeepers at the 2022 FIFA World Cup in Qatar.

The hardest decision with these rankings was who to leave off this list. Yassine Bounou has quietly been one of the best keepers in LaLiga with Sevilla. André Onana is very talented but hasn't played much recently. Manuel Neuer and Édouard Mendy were the most difficult cuts. Neuer has not been the same keeper since his foot injury in 2017-18, while Mendy has been solid for Chelsea but nothing more. Jordan Pickford and Kasper Schmeichel were left off the list due to their EPL struggles over the past few years.

So why does Keylor Navas get the nod here? His 2021-22 campaign was no more impressive than any of the keepers in the honorable mention category, but he has consistently been an above-average shot stopper for Real Madrid and PSG, plus he always seems to find another gear when donning the Costa Rican jersey. Expect more of the same in Qatar.

In terms of pure shot stopping, no EPL keeper had a better year than José Sá in 21-22 — and it wasn't even close. While this showing is a surprise, the bigger shock is that the Wolves keeper has still yet to make his first international appearance for Portugal.

During the past calendar year, Portugal manager Fernando Santos has started Rui Patrício — who has been in decline since Portugal's Euro 2016 title, and Diogo Costa, an unproven 22-year-old who did not become a starter at the club level until the 21-22 season — ahead of José Sá in goal. Even Lyon's Anthony Lopes — one of the best goalkeepers in Ligue 1 — can barely get a game under Fernando Santos. Truly baffling.

If Santos starts anyone other than José Sá between the posts, it could be the costliest decision at the 2022 World Cup.

Remember when Szczęsny was an inconsistent, mistake-prone keeper for Arsenal? His Gunners career seemingly endured forever, but by age 24 he reached a crossroads. Serie A beckoned, and the Polish netminder finally realized his potential, first with Roma and then Juventus — quietly transforming into one of the game's most dependable goalkeepers.

Sommer is one of those keepers who goes unnoticed until you open up FIFA and realize he is an 85 overall. Followers of international football will know otherwise. The Borussia Mönchengladbach player has been a steady presence during Switzerland's footballing resurgence over the past decade with strong performances at the World Cup and European Championships. This year, his 5.0 goals prevented more than expected ranked in the 88th percentile among Big 5 European keepers, firmly planting Sommer in the top 10 of our rankings.

At first glance, Hugo Lloris is in decline. His shot-stopping in 21-22 was his worst since FBref started tracking advanced goalkeeper stats in 2017, and his distribution still leaves a lot to be desired. Yet even in a "down" year, Lloris was still an above-average keeper — as he was worth 7.34 expected goals to Spurs in the EPL. Such is the standard set by the Tottenham keeper. Mike Maignan will deservedly get a look in goal, but Hugo Lloris is still a Top 5 keeper in the world.

#Lloris was one of the unsung heroes of the season

The #THFC stopper was consistently a solid shot stopper & this season, while his distribution was weak, his sweeping was excellent, he frequently stopped big chances occurring due to his ridiculous speed off the line! pic.twitter.com/y0xhGUJerb

We all know Ederson is one of the best keepers in the world, but the stats show that in recent seasons the Brazilian has not been as good as his reputation has been hyped up to be. Across the Premier League and the Champions League this past season, Ederson allowed 4.7 more goals than expected. His sweeping and distribution are still elite, but he ranked behind Alisson, Lloris, Mendy and even Aaron Ramsdale in terms of overall value in goals for his team.

A keeper cannot be defined by nine months of slightly substandard shot-stopping, but Ederson's performances in the first half of the 22-23 campaign will be something to monitor.

Recency bias may be in play, given that Courtois was an absolute rock for Los Blancos last season, but the Belgian deserves such a favorable ranking. In 13 Champions League matches for Real in 21-22, the Belgian keeper prevented 5.1 more goals than expected — an almost unheard-of rate. He has been equally staunch domestically, allowing 0.71 goals per game in LaLiga over the last three seasons.

Courtois' save against Neymar in 2018 is a moment that will go down in World Cup lore, and the Belgian will add to his international legacy in Qatar.

He made 27 saves at the 2018 #WorldCup (that one from Neymar!) and won its Golden Glove

A few years ago, there were multiple keepers in conservation for being the best in the world. Manuel Neuer, Ederson, Allison, Jan Oblak and even Hugo Lloris had legitimate arguments for deserving the top spot. In recent seasons, all five have played very well, but only one has performed at a level worthy of pulling away from the competition: Alisson.

The Liverpool man is the complete modern goalkeeper. And while he is built in the same mold as Brazilian teammate Ederson, he outperforms the Man City keeper in nearly every facet of the game (except possibly distribution). This race was a no-contest.

#Alisson was by far the GK of the year

My model finds he’s been worth ~19 goals to #LFC vs if they had an average #PremierLeague GK!

Not only is his 1v1 stopping off the chart he’s performing above the expected level for an average #PL GK in every single aspect of goalkeeping! pic.twitter.com/wvlOcORi4y