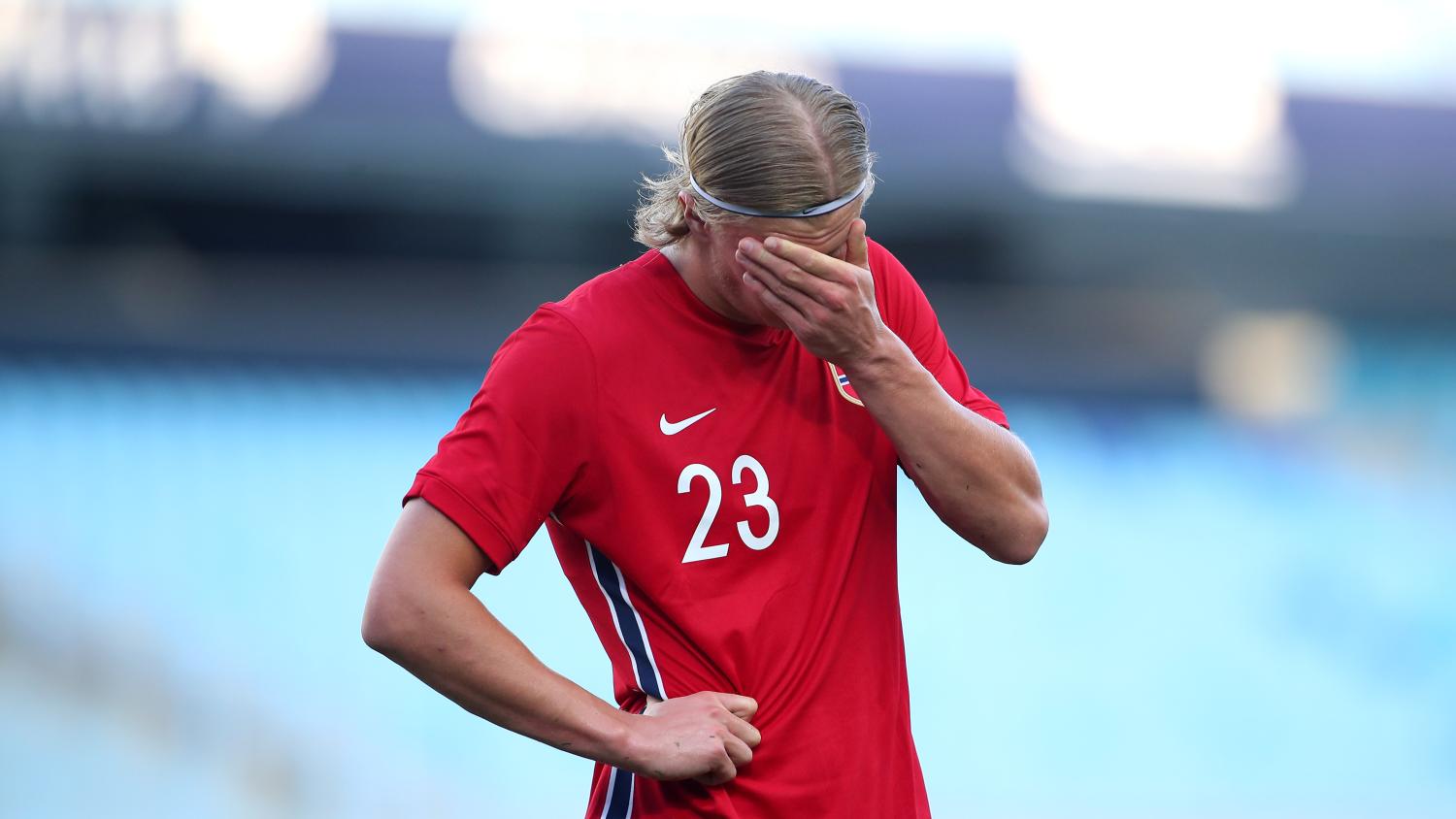 Erling Haaland is one of the biggest names not playing in Qatar, but he is not the only one.
Getty Images

Life is cruel, even for the most pampered soccer players in the world. Four years of chasing a ticket to the World Cup and then, all of a sudden, the dream is over. The reasons for players missing World Cup tournaments are countless: because their country didn't manage to qualify, because their coach decided not to put them in the 23-list squad or because of a damn untimely injury.

We see the same pain every World Cup cycle, and Qatar 2022 is no different. So here we have a list of the biggest names missing from the next tournament.

Salah is arguably one of the best players on the planet right now, but we are not going to be able to enjoy him in Qatar. In a heartbreaking face-off against his Liverpool teammate, Senegalese Sadio Mané, Mo and Egypt said goodbye to the World Cup dream on penalty kicks. Salah himself contributed to the debacle by sending his shot over the bar.

The Norwegian goalscoring machine has been left out of the tournament. Norway couldn't qualify in a group including the Netherlands and Turkey, and Haaland will have to find something different to do in November. Our boy, Martin Ødegaard, is also out.

Yep, the European champions are out of Qatar. They shockingly lost against North Macedonia and will miss their second WC in a row. We still don't believe it.

If you were expecting some sort of last dance for Zlatan, we are sorry to say that Sweden didn't qualify for Qatar. Already with 40 years on his shoulders, it's very difficult to imagine Ibrahimović pushing for a World Cup at 44, in 2026.

No backflips in Qatar. The Barcelona striker is out because Gabon didn't do a great job in the CAF qualifiers.

It will be sad not to see the always cool Nigerian jerseys in Qatar, but it will be worse not being able to appreciate the talent of striker Victor Osimhen. The Super Eagles couldn't eke one out against Ghana and will have to try again in 2026.

A very late goal of Cameroon (120+4) left Algeria out of the World Cup, Mahrez included.

Both will follow Catar 2022 from the couch after Colombia came short in the CONMEBOL qualifiers.

Like Italy, La Roja will be missing its second World Cup in a row. It is a really sad end for Chileans' golden generation.

Arguably, he is the best goalkeeper in the world. It is sad not to be able to admire him in a World Cup, but his country wasn't even close to qualifying.

The country didn't qualify, leaving out the veteran Inter striker from the WC. Pjanić probably wouldn't have made it regardless after being expelled from the team for smoking hookah and drinking before a catastrophic home defeat against Finland.

The Elephants came up short in their World Cup efforts, and Ajax's star striker Haller will not feature in the tournament. Same for other illustrious Ivorians like Wilfried Zaha and Serge Aurier.

CAF qualifiers are the most grueling tournament on the planet, and Guinea didn't survive them, leaving one of the Liverpool metronomes out of Qatar 2022.

The talented forward isn't a favorite in Gerardo Martino call-ups, but he will not even be able to fight for a slot after suffering a knee injury that will keep him out of action until the end of the year.

The brilliant Spanish winger teared his anterior cruciate ligament in training, on March 17. The recovery time for the injury is about six to nine months, so it is not totally clear if he will be available for the tournament.