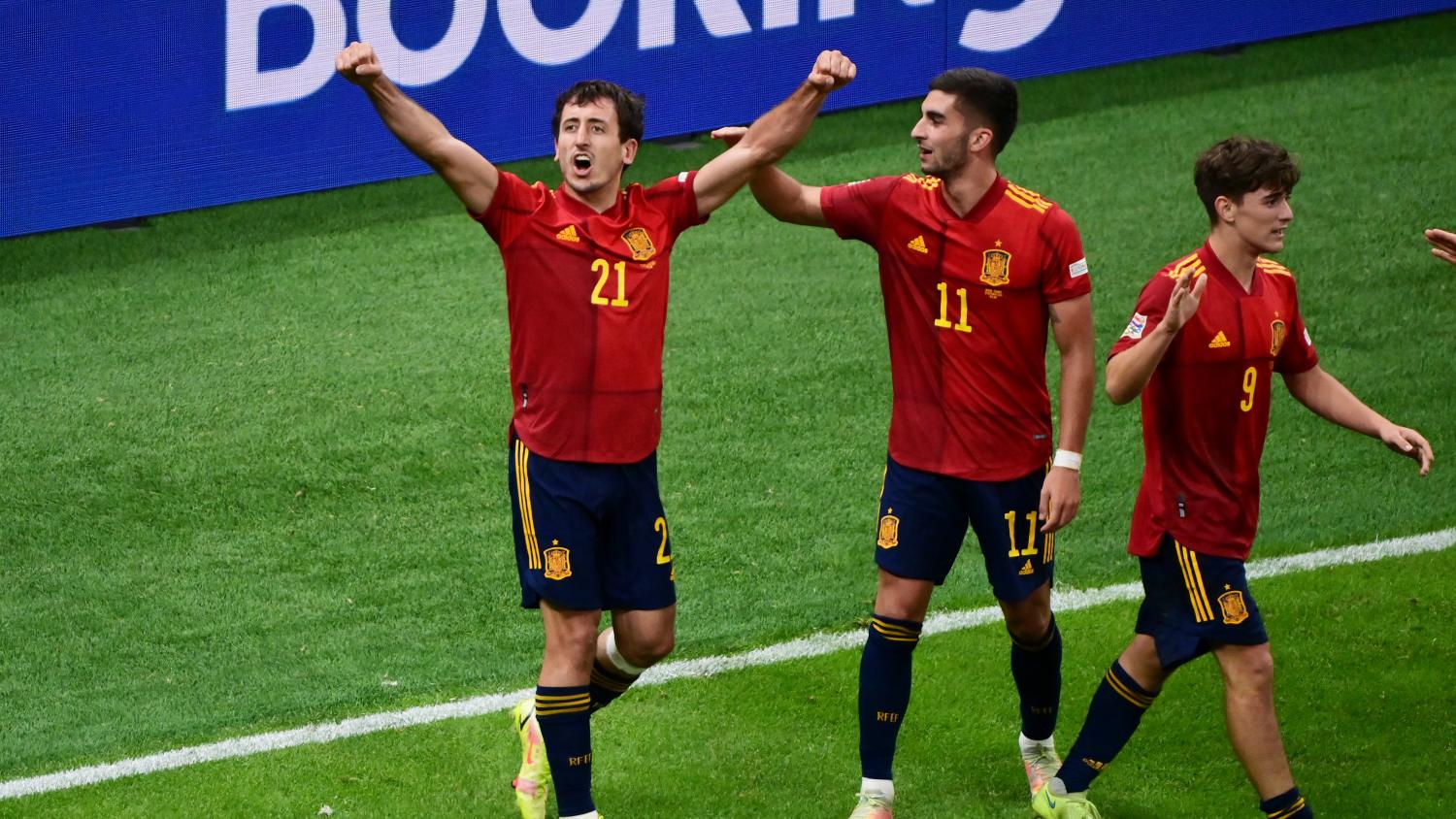 Mikel Oyarzabal was a player to watch in Qatar, but he now faces up to nine months on the sidelines.
Getty Images

Spain and Real Sociedad forward Mikel Oyarzabal is set for a lengthy spell on the sidelines after tearing his anterior cruciate ligament in training, the LaLiga club said on Thursday.

An ACL tear can take from six to nine months to recover from, meaning Oyarzabal could miss out on being fit to feature in the World Cup in Qatar in November-December.

"Mikel Oyarzabal has suffered a torsion of ligaments in his left knee in training this morning," Sociedad said in a statement. "In the image tests carried out, a rupture of the anterior cruciate ligament can be seen. He will undergo surgery in the coming weeks."

The 24-year-old is regarded as one of the best prospects in the country. He has scored 15 goals in 33 games in all competitions this season for the Basque club, who led the LaLiga standings for the first two months of the campaign.

Oyarzabal had consolidated himself in Spain coach Luis Enrique's plans, playing in the last European Championship and in the final four stage of the 2020-21 UEFA Nations League where Spain finished runners-up to France.

"The moment that no football player wants has arrived, a torn cruciate ligament in my left knee. Difficult to assimilate, but from now I have one single goal. I WILL COME BACK STRONGER!" Oyarzabal said on Instagram.