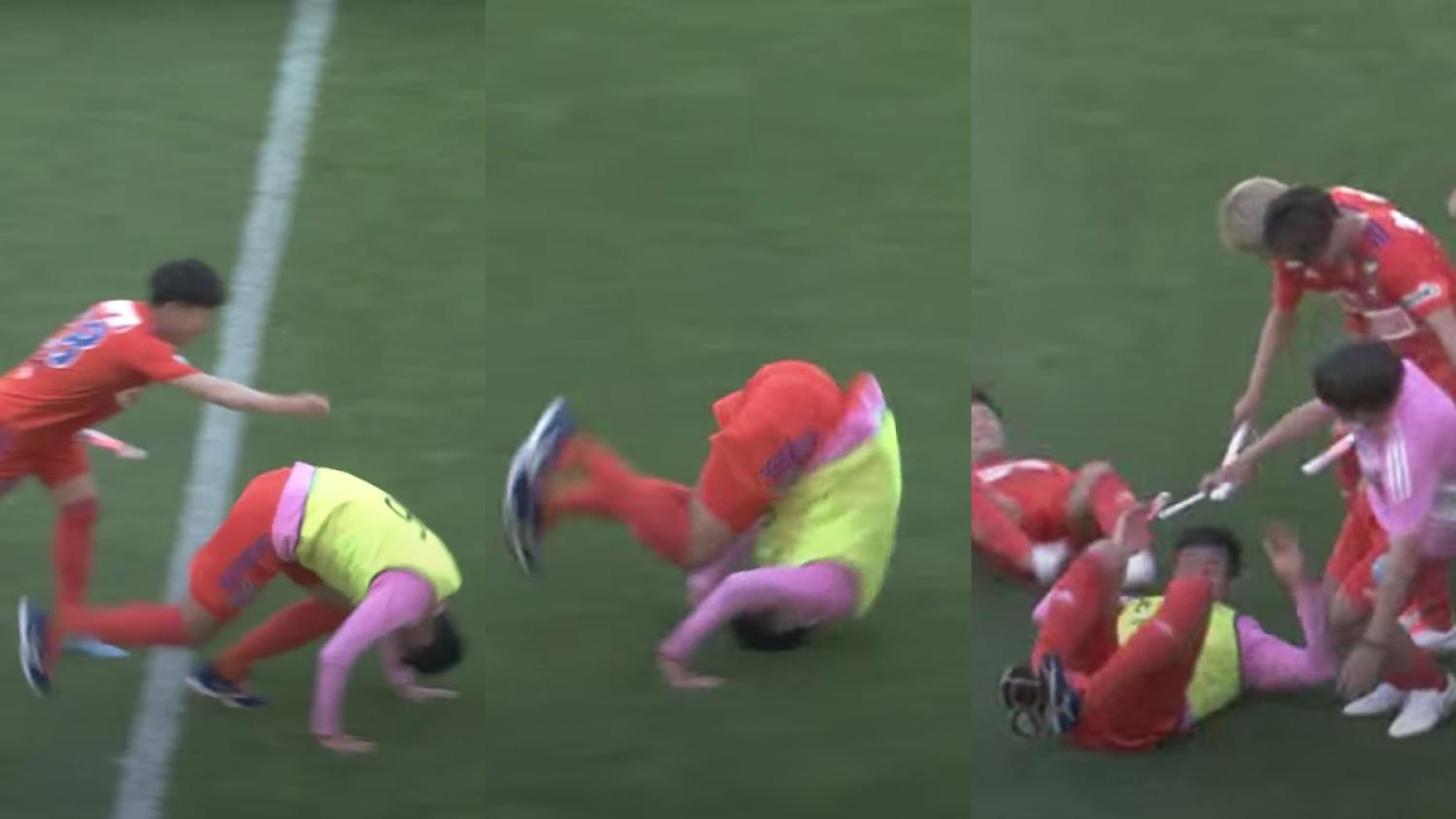 Albirex Niigata players know how to have fun.
J League

After a nerve-wracking 4-3 victory over Tokyo Verdy, Albirex Niigata reached 29 points last weekend and became one of the three leaders in the J2 League, the Japanese second division.

Despite there still being two-thirds of the tournament ahead, fans are already excited about a possible promotion, and players can't hide their joy either. In fact, once the game ended, the squad celebrated the victory and the chemistry created around in a sui generis way: becoming a human bowling alley and portraying a perfect strike.

The scene had forward Ken Yamura as the bowler and defender Kazuhiko Chiba rolling like a ball until hitting a group of teammates playing the role of pins. Nine collapsed immediately, but goalkeeper Koto Abe put a little suspense into the sequence before finally falling for the strike.

To be honest, I'm not sure about the reason behind the celebration, but I'm already waiting for the next Albirex Niigata game (vs. Machida Zelvia, on Sunday, May 15) to see if they are planning something else for the world to watch.

The celebration, of course, reminded us of Stjarnan, the Icelandic team that became famous circa 2010-11 for its elaborated goal celebrations.