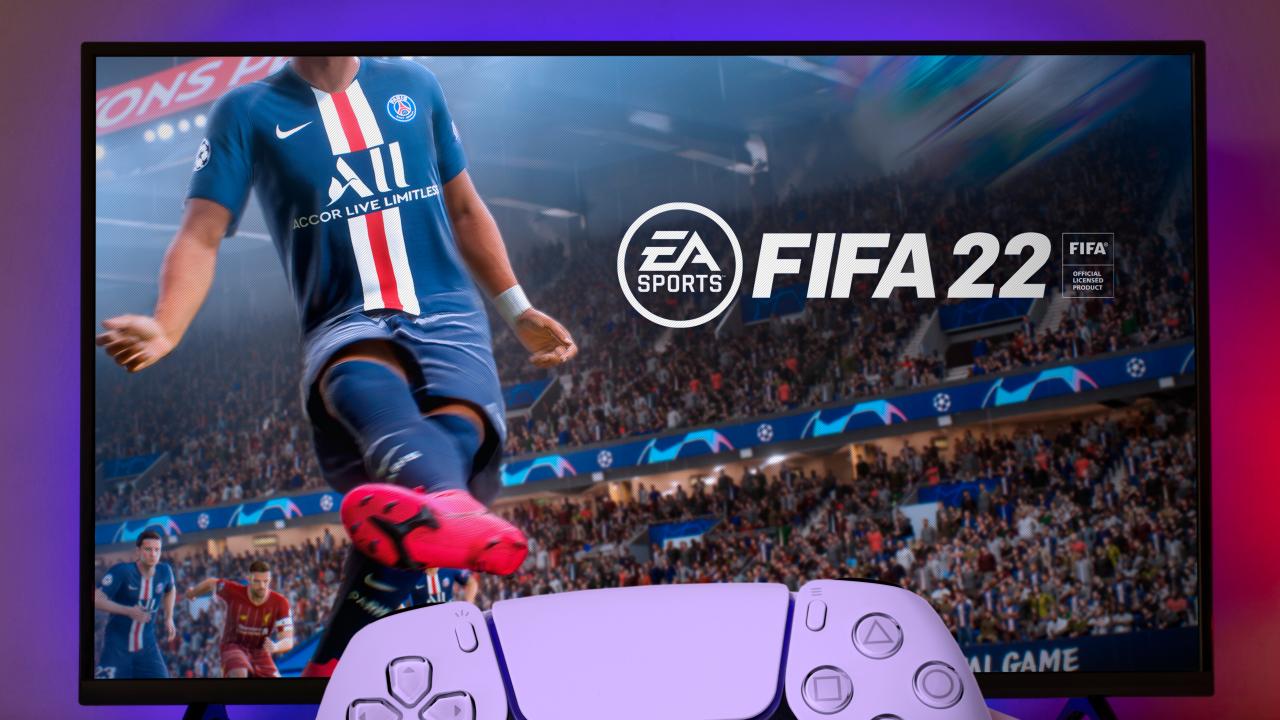 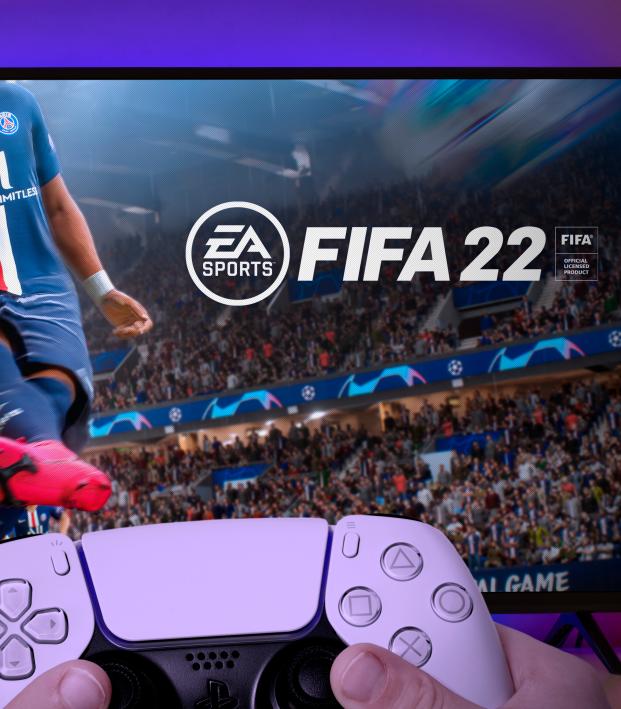 For decades, the word “FIFA” more often than not referred to the video game franchise as opposed to the eponymous soccer governing body.

No more. FIFA and EA Sports are ending their nearly three-decade relationship, effective in 2023.

In short: The game will change its name to EA Sports FC (I know, yuck) but not much else. As for the why: As usual, it’s greed (from both parties).

What Happened To FIFA Game Series?

FIFA 23 will be the final entry in EA Sports’ ubiquitous football franchise, the publishing giant announced on Tuesday. The deal was set to expire after the 2022 men’s World Cup but was extended through the 2023 Women’s World Cup next summer. After that, the 2024 release will be titled “EA Sports FC,” though it will probably take years for fans to stop calling it “FIFA.”

FIFA (the game) is a cultural icon. From eSports stars to casual gamers, professional athletes to amateurs, hundreds of millions of people have played the video game, about 150 million per year. My mom doesn’t really know what FIFA stands for as an organization’s acronym, but if I tell her I played some FIFA today, she’ll know I was talking about a video game.

The series has evolved over the last decade. During the 2000s, the focus of each annual release was on updating rosters, tweaking gameplay and adding new jerseys. During the 2010s, that focus shifted to Ultimate Team, a mode in which gamers buy packs (either with real money or in-game currency) to build a squad of players.

FIFA Ultimate Team turned the game into even more of a cash cow. The series has made EA Sports more than $20 billion since it launched as “FIFA International Soccer” in 1993, including $1.2 billion last year from the Ultimate Team mode alone.

This is arguably the biggest reason the EA Sports-FIFA relationship is ending.

Why Did FIFA Leave EA Sports?

According to reports, FIFA wanted EA Sports to more than double its annual licensing fee to continue using the FIFA name for the video game. At first glance, this seems absurd; EA was already paying $150 million per year, making the gaming behemoth FIFA’s biggest commercial partner. But this deal was worked out 10 years ago, and EA’s profits have boomed in the ensuing decade thanks to the popularity of Ultimate Team.

What proved most damaging in negotiations, according to reports, was FIFA’s insistence on being allowed to license its name to other digital products, even in other video games. EA Sports wasn’t about to pay hundreds of millions of dollars for a non-exclusive licensing fee, and that’s how we ended up with the mouthful of a name EA Sports FC.

Peter Moore, the former head of EA Sports, previously told the New York Times this was something EA likely would never allow.

“I’m going say, ‘Wait a second: We have literally spent hundreds of millions of dollars building this and you’re telling me that Epic Games can come in and get a license to the name that we have built and that we have put front and center and that has become synonymous with games?’” Moore said.

Breaking News: Soccer’s global governing body and EA Sports are ending a partnership that created FIFA, one of the most popular video games of all time. The game has generated more than $20 billion in sales over the past two decades. https://t.co/S3X4eEUprp

The biggest question FIFA gamers will have now is what will change in the game. The answer is: not much.

“Our unique licensing portfolio of more than 19,000+ players, 700+ teams, 100+ stadiums and 30 leagues that we’ve continued to invest in for decades will still be there, uniquely in EA Sports FC,” EA Sports executive vice president Cam Weber said in a post about the changes. “That includes exclusive partnerships with the Premier League, LaLiga, Bundesliga, Serie A, the MLS — and more to come.”

(Quick aside: EA Sports and EA Sports FC are written in all caps by its developer/publisher for obnoxious marketing reasons that we at The18 abhor, so we will use lowercases like civilized people. Additionally, the fact Weber said “the MLS” irks me to no end. Like MLB, you do not use “the” when referring to MLS. Now back to our regularly scheduled programming.)

As it currently stands, when EA Sports FC releases in fall of 2023, you can expect all your favorite players and clubs to be represented (except maybe the few holdouts like Juventus). EA Sports has worked hard to lock down deals with leagues and teams around the world (especially Europe and the U.S.), often with exclusive deals as it has done with the Premier League and Champions League. While there will still be clubs and leagues that go a different route when Konami throws money at them (Liga MX signed an exclusive deal with eFootball last month), EA is well positioned to continue to dominate the soccer video game landscape. It also helps that eFootball was a barely playable mess at launch and has yet to win over fans.

What might be missing from EA Sports FC is branding for FIFA tournaments like the men’s and Women’s World Cup. EA said it was hopeful it could still work out a deal for those events, and let’s be honest FIFA will probably want whatever revenue it can get after losing such a massive partnership. Regardless, fans can expect FIFA 23 to include the men’s 2022 World Cup and 2023 Women’s World Cup.

What Does It All Mean?

For EA Sports, losing the FIFA title is a tough blow for branding. While most fans of the series will continue to buy EA Sports FC even with its awful name, casuals might not know the title is the same as FIFA under a new guise. This could give competitors — from Konami’s eFootball to lesser-known upcoming rivals like UFL and GOALS — an opening to cut into EA’s soccer hegemony.

That said, EA Sports has such an established brand and tradition of creating enjoyable games the franchise will probably be alright after a few years of transition. Despite attempts to emulate its success, EA has always fought off challengers, even during the years in which Konami’s PES was considered to have superior gameplay. Soccer fans just love playing as their favorite players, and losing the “FIFA” name won’t change their massive lead in licensing deals.

Additionally, FIFA’s licensing often restricted potential relationships with brands that ran counter to FIFA’s existing commercial partners. It’s no accident of the six “partner quotes” included in EA Sports’ announcement, five were from leagues/confederations and one was from Nike.

We’re proud to be partnering with #EASPORTSFC to expand the future of the beautiful game. More to come July 2023. You ready? pic.twitter.com/CFIfWzFUHh

As for FIFA, things are somewhat grim.

For years, the organization and its leaders made money by being a bunch of corrupt assholes willing to accept bribes and kickbacks. Now that the U.S. government and other authorities are halting that revenue stream, FIFA has struggled to fill the gaps.

The World Cup remains one of the most profitable events in the world, but since Gianni Infantino became president in 2016, FIFA has lost three heads of its commercial department. FIFA floated the idea of playing the World Cup every two years to make more money, but the idea was so hated the organization now pretends it was never going to happen.

As FIFA attempts to jump further into the digital world — it launched FIFA+ as a free streaming service last month — it no longer has a permanent stake in the video game world. While it is now free to pursue relationships with other digital entities such as Roblox, Fortnite or Rocket League, it will no longer have the ubiquity it had with the EA Sports franchise.

FIFA released a statement on Tuesday celebrating this “non-exclusive” model of licensing, saying it will start engaging with publishers, studios and investors to create a new soccer game to compete with EA Sports FC. It is also licensing FIFA for non-simulation games. Infantino bragged that when a new game comes out with the FIFA name, it will be the best in the world, which is a laughably ambitious claim.

“I can assure you that the only authentic, real game that has the FIFA name will be the best one available for gamers and football fans,” Infantino said. “The FIFA name is the only global, original title. FIFA 23, FIFA 24, FIFA 25 and FIFA 26, and so on — the constant is the FIFA name, and it will remain forever and remain the best.

“The interactive gaming and eSports sector is on a path of unrivalled growth and diversification. FIFA’s strategy is to ensure we can make the most of all future options and ensure a wide range of products and opportunities for gamers, fans, member associations and partners.”

As mentioned, FIFA 23 will release in September. The first edition of EA Sports FC will drop in 2024, with EA promising more details in the summer of 2023.

Weber, the EA Sports exec, harped on how this name change will allow the developers to create an even better video game, but let’s be honest they’ll probably continue to push out minor annual updates with few major overhauls because that’s the most profitable thing to do.

One thing to note: EA Sports never said “EA Sports FC 24” — might this be the end of the annual release?

As eFootball did last fall and GOALS promises to do whenever it’s ready, now might be the time for EA Sports to turn its soccer franchise into a service as opposed to yearly games. Instead of paying $60 every year for the new FIFA, you might pay $5 per month to play an ever-updating EA Sports FC. It’s a move many have championed for years, especially considering how little EA seems to update the games each year. FUT could become a seasonal product, resetting each year to prevent power creep but perhaps with the option to continue to play with your previous teams in non-competitive modes.

One also wonders if EA Sports might move on from using the Madden name for its American football franchise and transform that series into a service as well.

As for what’s next for FIFA, Infantino might want to double down on his reelection efforts. The Swiss has long run on a platform of giving all 211 soccer federations more money because promising cash is a great way to get elected. However, losing a deal that brought the organization well over a billion dollars since the 1990s doesn’t exactly bode well.

How these other gaming avenues work for FIFA remain to be announced. While diversification is usually good, when you had your name on what amounted to a video game monopoly, losing that branding is a big blow.

But hey, now you can look forward to the potential of seeing FIFA skins in Fortnite. I for one can’t wait to impress my friends with a Gianni Infantino skin.