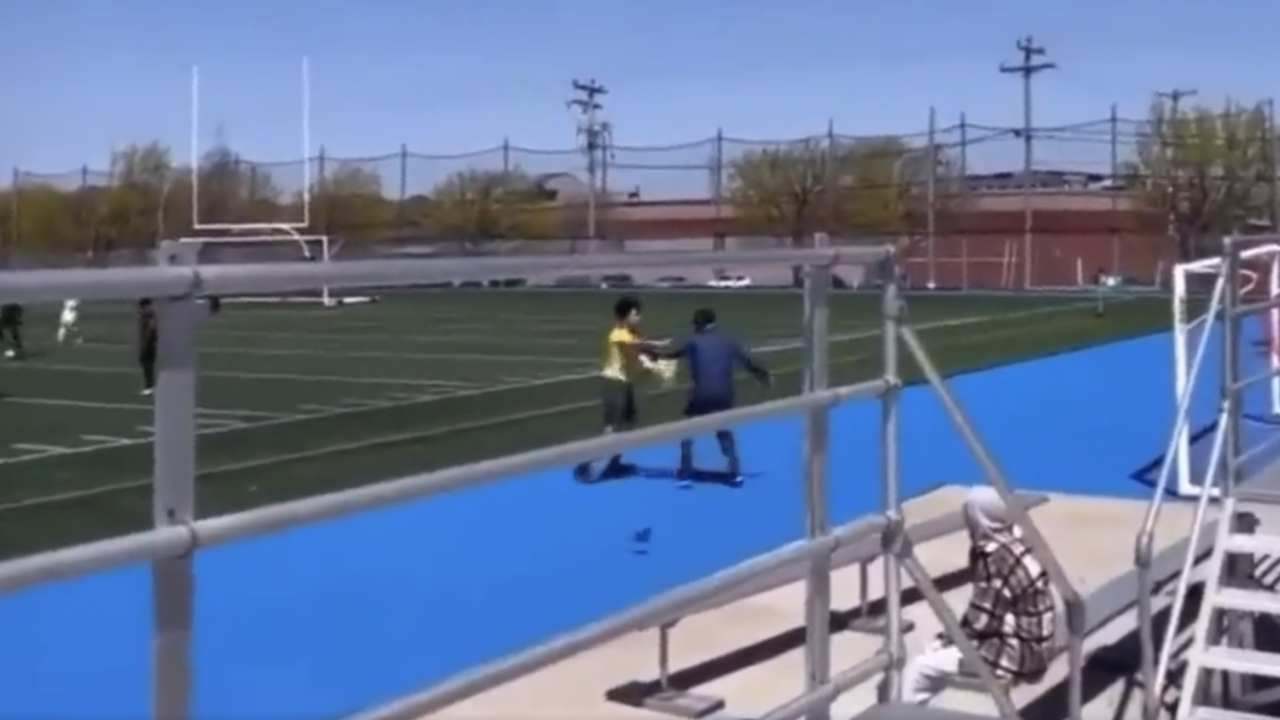 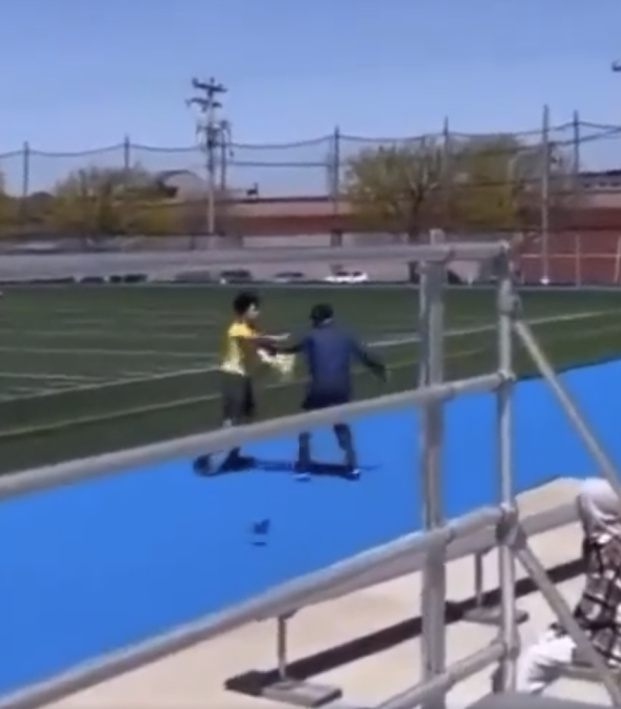 A 17-year-old Quebec soccer referee was assaulted by a soccer parent over the weekend and a video capturing the confrontation has spread on the internet. The incident happened during a U14 soccer game in Dollard-des-Ormeaux outside of Montreal.

No U14 soccer game is important enough for you to punch a 17-year-old referee. pic.twitter.com/gJiz7dRmZs

The governing body of soccer in Quebec, Soccer Quebec, released a statement denouncing the incident.

“A video that has been circulating on social media since last weekend shows an underage assistant referee being attacked by an adult coming down from the stands to confront him. We strongly denounce this act of violence which has no place anywhere, and even less on a soccer field,” the organization said.

The parent responsible for the attack sent an apology letter to Soccer Quebec on Tuesday.

“On May 7 I was attending my grandson's soccer game in Dollard-des-Ormeaux. During the match, I initiated a verbal and then physical altercation with a young linesman. I behaved in an unacceptable way and I take responsibility for it. Rest assured that I deeply regret it. As a former teacher, I am particularly aware that this is a very bad example for 14-year-olds.

I therefore want to offer my sincere apologies, first and foremost to this young man and his family. I also apologize to the players and coaches of both teams and to the other match officials. Finally, I want to apologize to those who witnessed an example of violence yet completely opposed to my own values. I also started a process to get help, because my gesture was unjustifiable and did not represent who I am or what I want to be.

I am extremely saddened by the situation and the consequences it has had for so many people, including my family members. I am aware that many may have been shocked or hurt by my actions and I ask their forgiveness.

I am aware that my gesture cannot be erased. However, I hope that it will make everyone realize how important it is for our children or our grandchildren to be able to have fun practicing their favorite sport in an environment free from violence.”

Montreal police are looking into the incident and the man responsible for the attack could face punishment.

Youth referees have to put up with plenty of nonsense, but they should never have to worry for their own safety. Please don’t be like this guy, show some respect to youth sport officials.