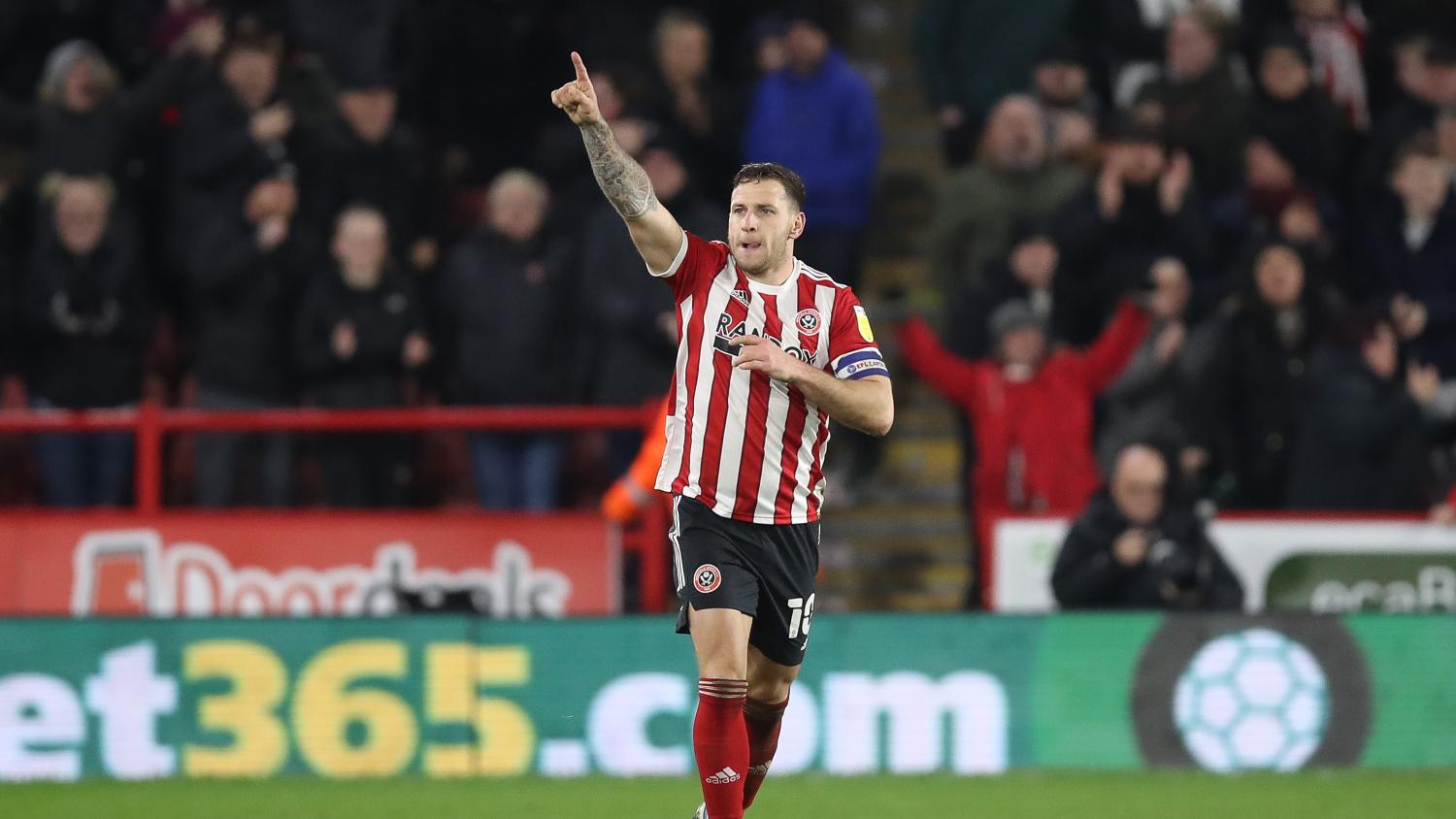 While the Championship campaign didn't have a trademark barnstorming finish, the twists and turns of the season make for two fascinating playoff semifinals
Getty Images

By Championship standards, the end of the 2021-22 regular season was rather anticlimactic. There were no relegation deciders as in 20-21, and no dramatic fights for automatic promotion like the year before. This season, on the final day, four teams were fighting to secure two playoff spots, but in the end, there were no changes to the final table.

That view is shortsighted though, and on the whole, this second-tier season was just as entertaining as previous years, just in different ways. Perhaps no tidbit highlights the unpredictability of the Championship better than the fact that none of the four clubs holding down playoff spots at the midpoint of the season even finished in the top six — resulting in a gripping slow burn rather than a race to the finish.

It was clear throughout that Fulham and Bournemouth were head and shoulders above the rest of the league, and both clubs secured automatic promotion with games to spare.

In the early going, West Brom seemed a cinch for a playoff spot before capitulating around New Year's. At the halfway point, Blackburn Rovers was the hottest team in the division and just a point back from the top two. But an ankle injury forced star frontman Ben Brereton Díaz to the bench, and Rovers only won two of seven matches in his absence, ending the year in eighth.

The second half of the campaign saw the unlikely duo of Luton Town and Sheffield United catch fire and earn playoff spots, while QPR — which held down a playoff spot for most of the year — could not buy a win as the weather warmed up and finished ninth.

There are now four playoff teams remaining in the battle for a single promotion place; with Huddersfield Town vs. Luton Town and Nottingham Forest vs. Sheffield United facing off in the playoff semifinals beginning Friday, May 13 on ESPN+.

Which side will join Fulham and Bournemouth as the third promoted team in the Premier League? That will be decided in the EFL Championship Playoff Final Saturday, May 29. Let's meet the four teams still in contention.

After finishing 18th and 20th in its two seasons following relegation from the Premier League, Huddersfield was hardly a promotion contender entering the 21-22 campaign. But after a solid start to the season, the Terriers consistently sat between sixth and eighth for much of the year and finished the season with a flourish — losing just twice in its last 26 matches.

Danny Ward (14 goals) and Sorba Thomas (11 assists) are the clear stars of the Huddersfield attack, which relies heavily on set pieces. The Terriers have scored 20 times on set pieces — most in the Championship — while only conceding from eight dead-ball situations.

This has allowed Huddersfield to succeed offensively despite averaging less than 50 percent possession (47.5 percent). Just 24 percent of the play takes place in the opposition third during Huddersfield matches, the worst among any Championship side, but the club has been very efficient in creating and converting attacking chances.

If this club has one deficiency, curiously, it is a lack of height. Of its regular outfield starters, only center backs Matty Pearson and Levi Colwill are above six feet and the Terriers are the only playoff side that wins less than 50 percent of its aerial duels. Expected goals is also unkind to Huddersfield, placing the club in 16th place with an astounding 29 fewer points — the biggest dropoff of any club in England's top four divisions.

No team has gathered more points in the second half of the season than Huddersfield, and despite a lack of star power, this side will be difficult to defeat in the playoffs.

If there was ever a side that seemed like playoff underdogs, it is Luton Town. Eight seasons ago, the Hatters were a non-league club, and four seasons ago, they were in League Two. Two years ago, the club avoided relegation from the Championship on the last day, and last season Luton finished a modest 12th. The current squad was assembled for a paltry $1.85 million, which is minuscule even by League One standards.

I knew Luton had a smaller budget than most of the sides around them, but this really is an unbelievable achievement for them to even be in contention for the Premier League pic.twitter.com/4GVWfmmk1i

Even within the second tier, the Hatters are an underdog side. No Championship club averages less possession per game or completes a lower percentage of its passes than Luton, yet the Hatters have scored the fifth-most goals in the league. Luton scored 16 times from set pieces but has not scored via the counterattack.

The striker partnership of Elijah Adebayo and Harry Cornick combined for 26 goals this year, but center back Kal Nesmith — a career utilityman who played as a left back and left wing last season — has been the Hatters' best player, earning six WhoScored? Man of the Match awards, tied for third-most in the division.

When Luton was crushed 7-0 by title-winners Fulham in the penultimate match of the season, the squad's promotion hopes were in imminent danger. But a 1-0 victory over Reading the following week secured the club an unlikely playoff spot. The Hatters have improved on their previous year's league finish in eight of the last nine seasons, and the club's admirable rate of steady improvement has them on the cusp of the Premier League.

A meeting between two surprise playoff sides that tend to shun possession, it will be interesting to see which club will be the aggressor in this tie. On paper, Huddersfield has more attacking quality, but Luton is far better in the air — a weakness of the Championship's third-place team.

Huddersfield was in the Premier League as recently as 2019 and Jonathan Hogg is the only holdover from the club's top-flight days. Luton, meanwhile, is in uncharted territory. The Terriers held the Hatters scoreless across two regular season meetings, earning a win and a draw; in the playoffs, Luton will finally break through against Huddersfield in the first leg, but the quality of the third-place side will be too much across 180 minutes.

Forest fans must have thought they were having déjà vu when they saw how their side started this season. Six losses in seven matches to open the campaign left the Reds in an all-too-familiar position. The club also had an abysmal start to the 20-21 campaign, sitting as low as 21st in February before scraping its way to a 17th-place finish.

Last season's struggles were surprising given that Forest missed out on the playoffs by a single goal the year before. This year's difficulties were not unforeseen, rather, the surprise was how the Reds rebounded. Manager Steve Cooper was appointed in late September with the club in 23rd. Since then, no Championship team has earned more points than Forest as the club climbed into the top four.

Forest is led by a couple of youngsters — local lad Brennan Johnson and Manchester United loanee James Garner. Johnson has an impressive 16 goals and 10 assists in his first season at the Championship level, while Garner has eight assists of his own. Veteran striker Lewis Grabban rounds out the attack with a steady 12-goal tally. Defensively, only Bournemouth has conceded fewer times than this stout Forest side, which has allowed multiple goals in a match just twice in its last 22 fixtures.

The Reds defeated two Premier League sides during their FA Cup quarterfinal run and have been almost unbeatable in the Championship as of late — both good indicators of playoff success.

It feels like ages ago that the Blades were a Premier League side, finishing ninth with Dean Henderson in goal while deploying a back three with overlapping fullbacks. This season is their first year back in the Championship, and, for a few months, it appeared a long journey back to Premier League football.

The club was languishing in 16th when manager Paul Heckingbottom took over, but since that day in late November, only two clubs have earned more points than Sheffield United. The Blades have the division's second-best defensive record during this span. Unlike Huddersfield and Luton, Sheffield prefers possession football, averaging 57 percent possession per match, and under Heckingbottom, the team reverted to the back three, focusing on attacking from wide areas and whipping in crosses.

Billy Sharp had a throwback season, as the 36-year-old striker posted 14 goals and seven assists — reminiscent of his 23-goal promotion-winning campaign in 2018-19. The real talisman for the Steel City boys though is Wolves loanee Morgan Gibbs-White. The versatile attacker was given the first starting role of his career, and it paid dividends, as the Englishman had 20 goal contributions.

Through the middle, the Blades are still anchored by Oliver Norwood in the midfield and John Egan at the back, both in their fourth season as Sheffield United regulars, while central midfielder John Fleck offers six years of experience with the club. United is in great form and offers a veteran side with ample Premier League (and promotion) experience, making the Blades a tough side to face.

While this matchup features two sides that both had troubled starts to the campaign, it certainly feels like a proper playoff tie. Both sides are strong at the back and offer a balance between talented young players and Premier League veterans — not to mention large fan bases.

The clubs played to a pair of 1-1 draws during the season, and it should be just as tight during the playoffs. Expect a cagey two-legged affair between evenly-match sides, but in the end, Sheffield United's experience is the deciding factor in the penalty shootout.

The unusual nature of the 21-22 season has meant that all four playoff teams are playing their best football right now — which makes choosing a winner especially difficult. Nottingham Forest and Huddersfield Town are in the best form, but expected goals looks very favorably upon the Blades of Sheffield United.

Forest and Sheffield are the best two sides remaining, and I have a strong feeling that whichever team wins the 4v5 semifinal will also prevail in the playoff final at Wembley.