The Jersey Report: Liverpool, Bayern Munich And Other Cool Drops For 2022-23 Season 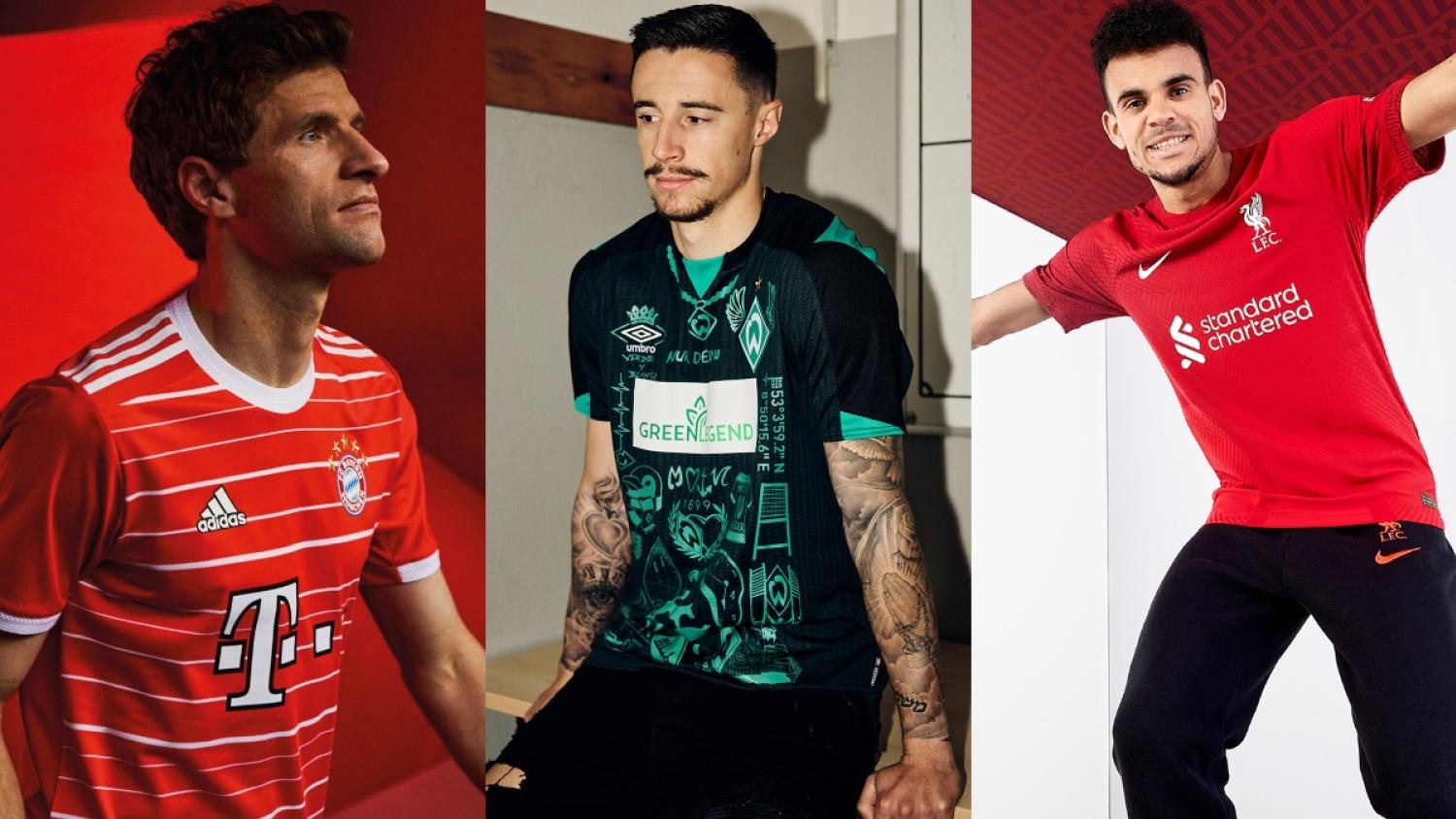 Of course, you want to see them, so take my hand — or don't — and join me in this adventure.

The Reds introduced their new Nike kit with all the trendy tropes in the jersey-releasing industry, but they kind of forgot about the design. Yes, the fans will love the return to a shade of red that aligns more with the club's history, and you can also say that those "YNWA" initials — for the "You'll never walk alone" anthem — in the cuffs are pretty charming. However, in the end, the result is too close to a plain red shirt.

One more relevant and emotional detail is in the back of the jersey, where Liverpool updated the number of victims of the Hillsborough Disaster. After the recent death of fan Andrew Devine — due to the life-changing injuries suffered in the 1989 tragedy — now you will see a memorial with a "97" printed atop.

After three seasons heavy in red, the Bavarians added a little more of the only other color accepted by their ultras: white.

There is not a lot of concept behind the new design. The shirt is red, and it has several white horizontal stripes. The stripes have different thicknesses, and the space between them seems to be random, which undoubtedly will kill people with OCD.

The shirt doesn't blow minds, and maybe that is the problem. After all, Bayern Munich is basically adidas.

Werder Bremen Special Edition Jersey | How Deep Is Your Love

In the middle of a gripping battle to return to the Bundesliga, Werder Bremen took a breath to drop a flashy shirt inspired by the tattoos you can see among its supporters and players. Slogans, references to some club legends, famous cartoons like Gokú and even the iconic Salvador Dali's clock are printed over the fabric in a design created by Umbro and Dutch artist Floor Wesseling.

For those who love some garishness in clothing, this is almost perfect. The only thing ruining the party is that awful, unfriendly sponsor box. What in hell were they thinking about? They really deserve some prison time.

Who doesn't love a little dose of nostalgia, eh? The Argentinian club is partnering again with Hummel and just unveiled a jersey inspired by a very well-loved 90s template. Denmark premiered it during the 1992 Euro, and Gimnasia wore it in 1996, a year dearly remembered among its fans after a legendary 6-0 victory over Boca Juniors, thanks to a fantastic performance from the Schelotto twins.

Tired of generic and catalogue templates, the Brazilian arm of the Red Bull empire recently decided to break its contract with Nike and join New Balance. And the first collaboration between them is already out.

I'm glad to see that the Red Bull logo is not gigantic and overwhelming, and I'm also digging the V-neck. Not so sure about the thick red cuffs. But, hey! At least it is a bespoke shirt.

This is Red Bull Bragantino.

The away jersey has some abstract graphic that saves it from being just a plain black shirt.

Which one was your favorite?