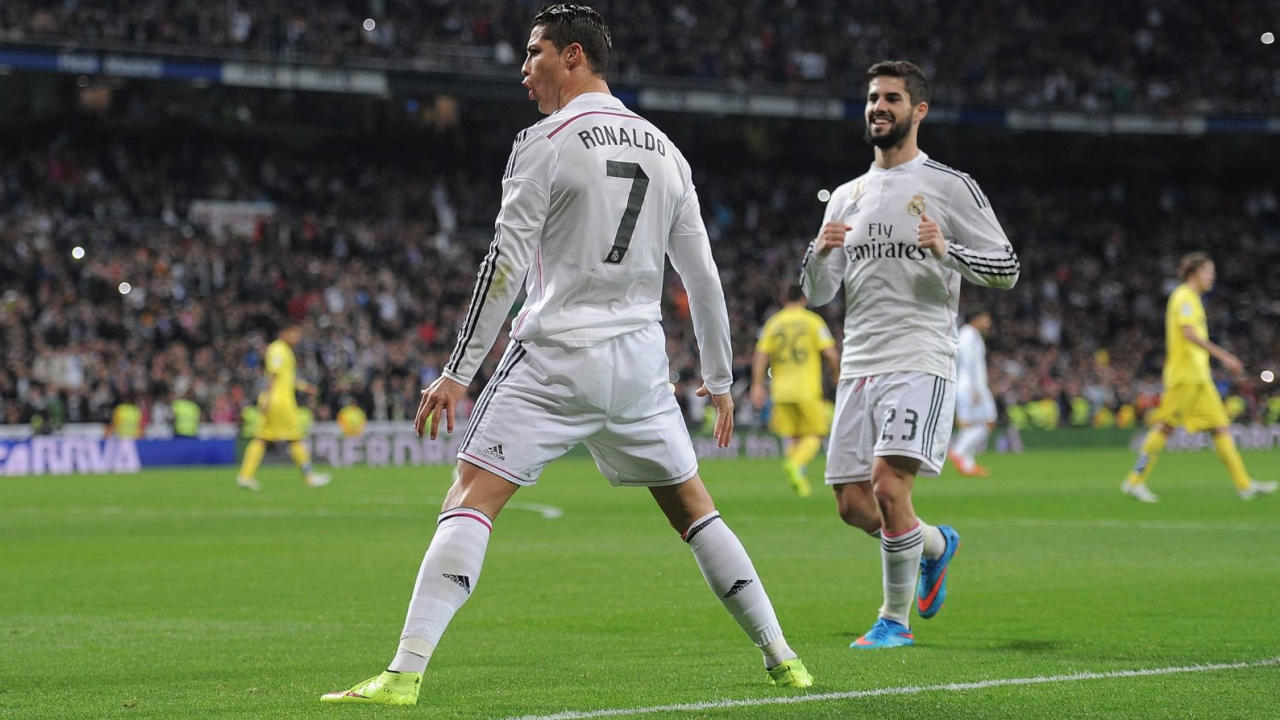 18 Things In 18 Seconds: The Best Celebrations, The Worst Hair, And Robot Soccer

The18.com knows you don't have time to waste when it comes to your soccer news. That's why we've created the fastest rundown in soccer. Greg Ellis takes you through 18 different soccer topics, and spends 18 seconds on each. This time he goes over the most iconic celebrations, the worst hairstyles, the best soccer movies, World Cup qualifiers, soccer robots and much more. If you liked this episode Watch Episode 2 of 18 Things in 18 Seconds.

#2. In the malaise following the United States’ elimination from World Cup contention, knee jerk reactions reigned supreme. However, there’s no denying the fact that MLS academies and MLS-affiliated academies are beginning to bear fruit. There are 20 free-to-play MLS academies and affiliates and that number will soon rise to 28. Expect more talent along the lines of Kellyn Acosta, Paul Arriola, Matt Miazga and Weston McKennie to emerge before the 2022 World Cup. Get excited.

#3. Who has the worst hair in soccer history? Paul Pogba’s leopard-print Mohawk combination was pretty tasty. Vagner Love’s blue dreads are beautiful. Rodrigo Palacio obviously doesn’t have anyone who loves him or they’d have told him to cut off his rat tail. Brazilian Ronaldo’s 2002 World Cup ’do successfully distracted Oliver Kahn in the final. But Bobby Charlton’s unsuccessful comb-over has it by a hair.

#4. Good news everyone: we here at the18 have discovered the next Messi, and it's my son. Other people would recognize his greatness if only his coach would give him more playing time, which he clearly deserves. My son's coach is biased against the next Messi. He is jealous that his kid isn't as good.

#5. With the USA out of Russia, it's time for America to throw our support behind Mexico. Two things you should know about El Tri: they have a lot of fun young attacking players, and everyone hates the manager even though he has a 65 percent winning percentage. It will be great fun.

#7. Which college programs produce the most talent for our national team programs? On the women’s side of the game, no university comes close to matching the University of North Carolina. The Tar Heels have produced over 20 US Women’s National Team players, followed by Santa Clara, Portland, Stanford and the University of Virginia. For the men, UCLA is king, followed by Virginia, Maryland, Clemson and Indiana.

#8. Here’s an 18-second list of all the soccer movies you need to see: She’s The Man, Ginga: The Soul of Brazilian Football, Green Street Hooligans, Escape to Victory, Shaolin Soccer, Zidane: A 21st Century Portrait, Bend It Like Beckham, The Damned United, Fever Pitch, Goal! The Dream Begins, Goal II: Living the Dream, Goal III: Taking on the World

#9. This is the goal that sent Panama to the World Cup instead of the U.S. To do a goal, the whole ball must cross the whole line, unless you’re Panama, apparently. Gabriel Torres was initially given credit for the goal even though his touch came well before the goal-line scrum. Blas Perez did his best to knock it in but the ball ultimately went out of bounds. What a goal. Welcome to CONCACAF.

#10. Luckily for the United States, after the 2022 World Cup 48 teams will qualify, meaning the US Men's National Team would have to do something really stupid to not qualify. They're going to do something stupid, aren't they? Maybe they'll host in 2026 and we won't even have to worry about it.

#11. North Carolina has a hegemony on women’s college soccer winning 21 of 35 possible national titles since 1982, but who ranks after the Lady Tar Heels? Notre Dame has won three national titles while Portland and USC have won two each. After that, Florida, Florida State, George Mason, Penn State, Santa Clara, Stanford and UCLA all have single national titles. They’ve got some catching up to do.

#12. Professional women’s soccer leagues in the U.S. had a slow start but the NWSL appears to finally have found its footing. The Women’s United Soccer Association was the world’s first fully professional women’s soccer league in 2000 but folded in 2003. Women’s Professional Soccer started play in 2007 but also lasted only three seasons. The National Women’s Soccer League finished its fifth season in October and appears to be here to stay.

#14. Want some more damning U.S. youth soccer statistics? Back in 2008, 10.4% of children ages 6 to 12 played soccer on a regular basis. That number dropped to 7.7% by 2016. The makeup of this number is also disturbing with regards to the commercialization of youth sports — 25% of American families have incomes over $100,000 annually, but those families produce a whopping 35% of our youth soccer players. Alternatively, the 25% of families with incomes of less than $25,000 account for only 13% of youth soccer players.

#15. The 2018 RoboCup will be hosted in Montreal with hundreds of AI researchers descending on the city with the same goal in mind: bringing forth the day when a team of fully autonomous humanoid robot soccer players, complying with the official rules of FIFA, can defeat the winner of the most recent World Cup . . . the good news for the United States men’s national team is that that particular shame has been safely avoided!

#17. At the age of 14 in 2004, Freddy Adu became the youngest player to appear in a Major League Soccer game with D.C. United. Since then he has bounced around with: Real Salt Lake, Benfica, AS Monaco, Belenenses, Aris, Caykur Rizespor, Philadelphia Union, Bahia, Jagodina, KuPS, KuFu-98 and the Tampa Bay Rowdies. The 28-year-old is currently unsigned, if anyone would like to lengthen his résumé.