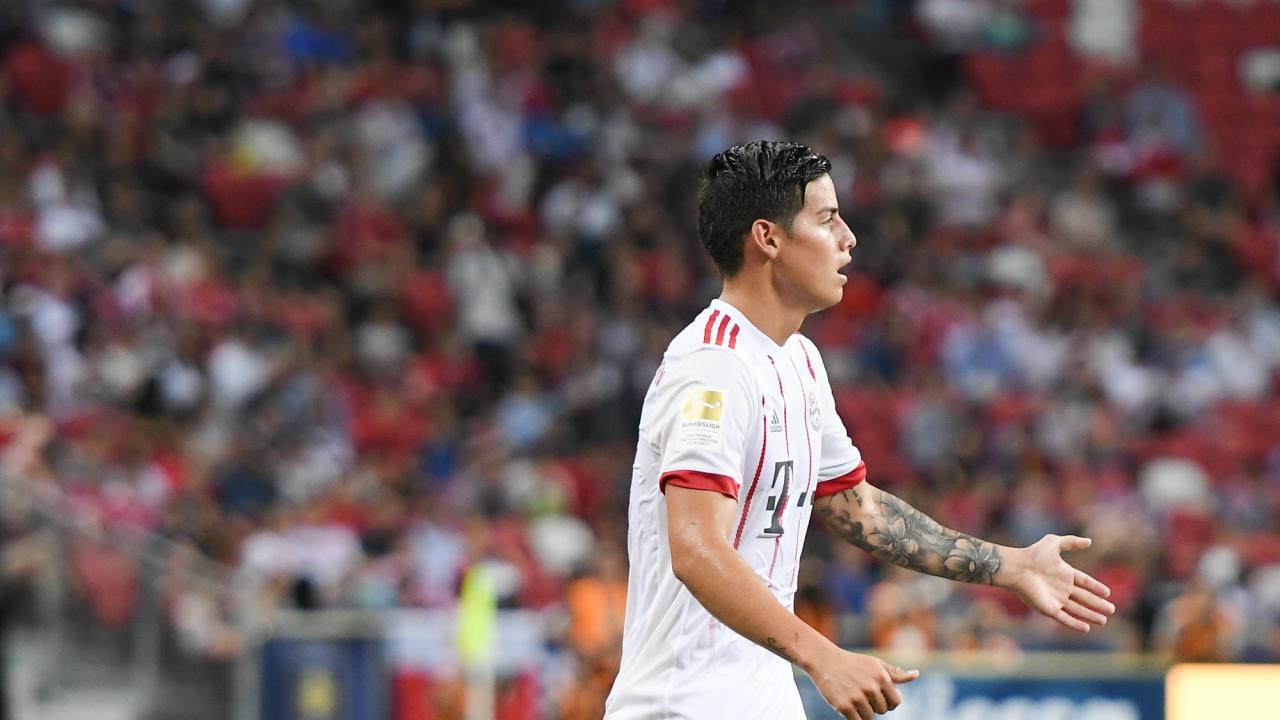 James Rodriguez welcomed the Bundesliga back from its winter break with a sublime piece of accuracy, an exquisite free kick to cap off Bayern Munich’s 3-1 victory over Bayer Leverkusen on Friday. With the Munich holding a one-goal lead heading into stoppage time, the reigning German champions got a little bit of wiggle room thanks to the James Rodriguez free kick goal.

A thing of beauty from James Rodriguez!  https://t.co/BB0LH6bjvT

The shot was as delicate as could be, leaving Leverkusen goalie Bernd Leno no chance. James eschewed power for supreme accuracy. It was reminiscent of a Zico free kick in its pinpoint precision.

It was also reminiscent of this German shepherd picking up a kitten by its head. German shepherds are big doggies. Kittens are small creatures. Yet this kind hound showed the same delicate touch of a James Rodriguez free kick goal in carrying this baby cat up the stairs — by its head.

The resemblance is uncanny. Both are kind of German and both put a white and black object in the top corner.

Javi Martinez scored off a corner and Franck Ribery scored by cutting in on his right to propel the Bundelsiga leaders to a fifth straight victory in league play. Bayern Munich holds a 14-point lead over second-place Schalke, which has a game in hand, while Bayer Leverkusen remained in fourth, behind Borussia Dortmund but ahead of RB Leipzig and Borussia Monchengladbach on goal differential.