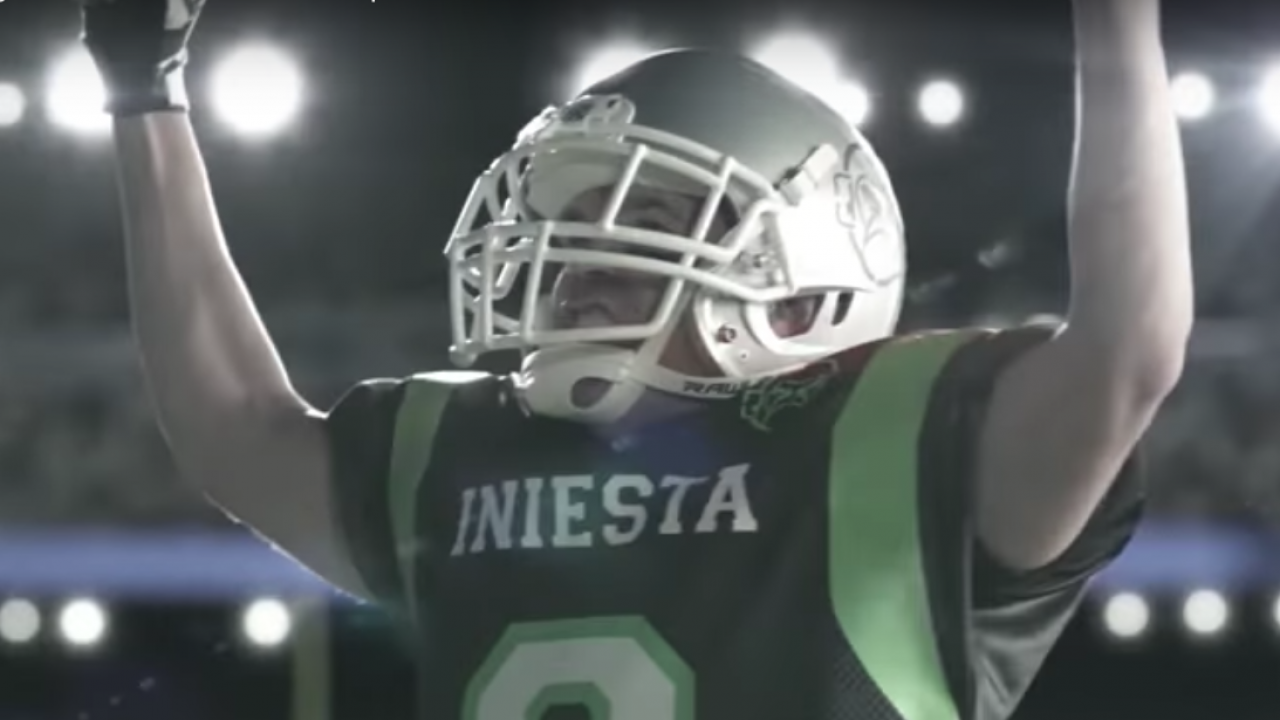 Is this what Europeans think of the United States’ favorite sport? Andres Iniesta starred in a recent commercial in which he donned the shoulder pads and masked helmet of an American football player in a ploy to, um, get viewers to trade stocks? Or something? Not really sure. But the ad’s portrayal of Iniesta’s new sport is an interesting glimpse into how Europeans must view American football.

This Andres Iniesta commercial looks like it was made by someone who has never seen American football played, only movie and television depictions of it. It’s got all the Hollywood tropes: a large, angry coach attempting to inspire his charges, a small player overcoming the odds to win the game and some absolutely horrible representations of how American football is played.

Even the most popular of movies in the U.S. about American football struggle to accurately portray the speed and ferocity of the on-field action. Sports movies of all kinds struggle in this regard, but American football in particular. The sport is too violent to ask actors or even stunt doubles to ram into each other at full speed in any way that looks real. 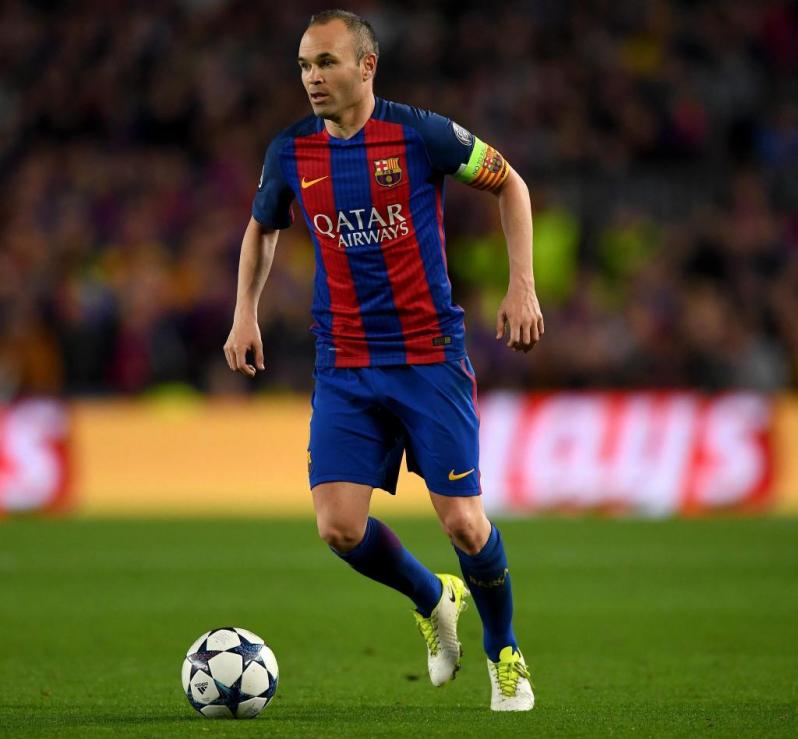 But the Andres Iniesta commercial goes beyond that with completely inaccurate representations of how the sport is played. There is a lot wrong here, so let’s go in chronological order.

The uniforms are a mess. No one puts player names on the front of a jersey, so I don’t know who had the bright idea of doing that in this commercial. Before the ball is snapped, No. 76 is in motion. This is possibly a penalty but definitely implausible because Nos. 60-79 are reserved for linemen.

It gets worse. Iniesta, in a scene that looks like all the players are holograms because the producers were too cheap to find a field with football hash marks, is lined up at right tackle, but then goes out to catch a pass. Given the formation when the ball is snapped, Iniesta isn’t eligible to receive a pass. Nonetheless, he runs out as a receiver. Other similarly ineligible receivers also run past the line of scrimmage, making any forward pass illegal.

When Iniesta does illegally receive a pass, he suddenly has six defenders bearing down on him. Given we know there were six players at the line of scrimmage when the ball was snapped, the defense must have had 12 men on the field, one more than the allowed number.

Unfortunately for poor Andres, none of his fellow teammates decide to try to block for him, probably because the commercial’s director doesn’t know that’s how footballers work as a team in America. Instead he’s forced to take on the six defenders himself. Fortunately for Andres, all six defenders are about as smart as New Orleans Saints safety Marcus Williams, and the Spaniard dances around/over all of them, including a fanciful pirouette on the head of the final defender.

Obviously the director was taking some liberties with this bit of action, but we can only suspend disbelief for so long. When Iniesta places the ball down like it’s some sort of rugby match instead of spiking it or throwing it at someone’s face like a proper American footballer, we’re snapped back to realizing how fake this all is. But at least he’s seen doing a touchdown celebration dance as any good right tackle/receiver would do.

At the risk of appearing too nitpicky against this video, there were a couple things the commercial got right. The coach using profanity toward his players is absolutely how American football coaches speak — if anything there wasn’t enough profanity. The stadium (it looks like MetLife Stadium) being full was also the right move, because the NFL is stupidly popular, more so than it deserves. Finally, the look on the assistant coach’s face when he gets a smooch from the head coach is 100 percent accurate. 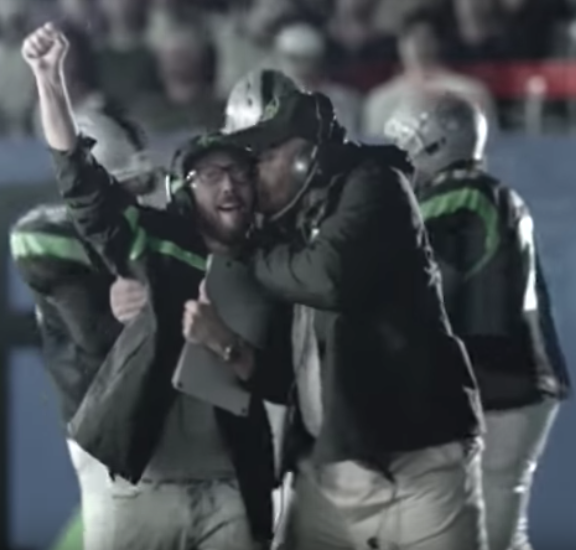 I still don’t know what exactly this Andres Iniesta commercial was trying to advertise. I don’t plan to figure it out either. If this is what Europeans think of American football, then my thoughts on this European commercial are to just stay away from the product altogether.

Now, for a little eye bleach, here’s some video of Iniesta playing some real football.