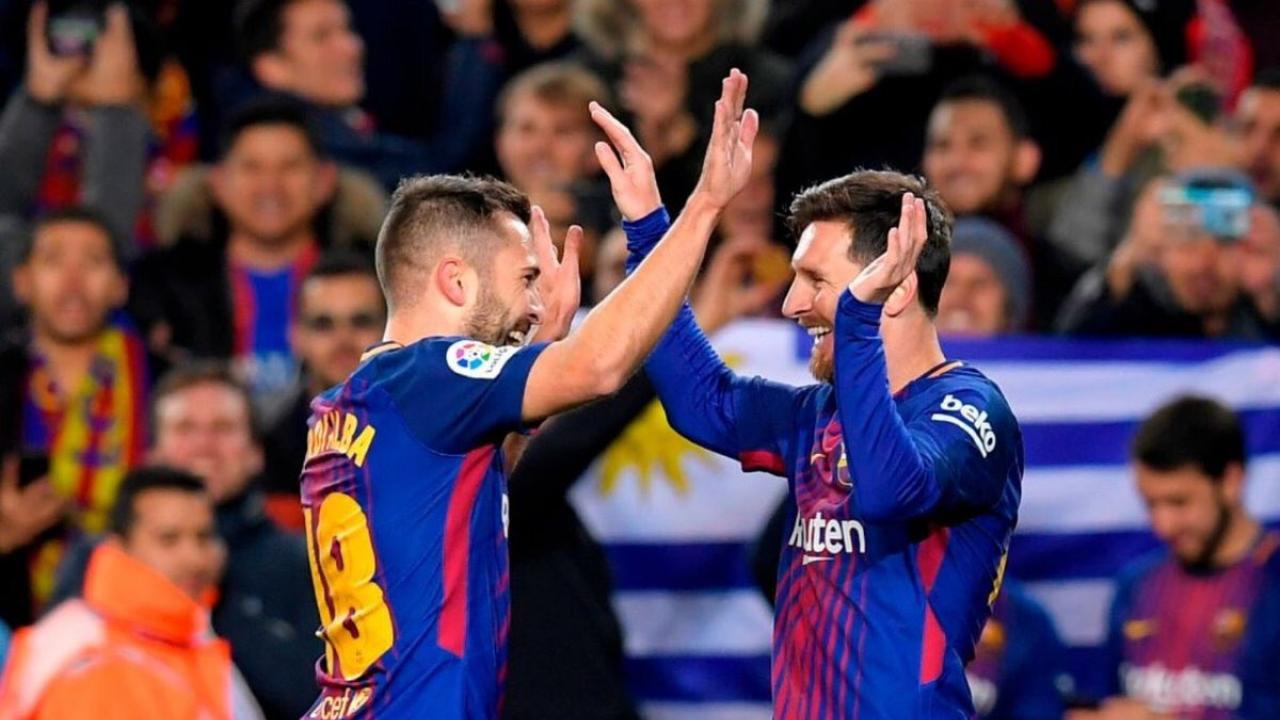 Messi And Jordi Alba Have Set La Liga On Fire

Lionel Messi is currently leading La Liga in scoring, and a big reason for that is the dynamic between him and Barcelona left back Jordi Alba. Of Alba's eight assists so far this season, seven have been scored by Messi.

Not that Messi doesn't sometimes return the favor, having assisted Jordi Alba twice.

When these two get rolling, Barcelona simply cannot be stopped, as Celta Vigo found out Thursday in the Copa del Rey, a match that featured two Jordi Alba assists to Messi and one Messi assist to Jordi Alba.

Jordi Alba also, if you'll recall, assisted Messi's epic winner against Real Madrid in El Clasico last spring, so this partnership is nothing new. Other teams still can't stop it, though.