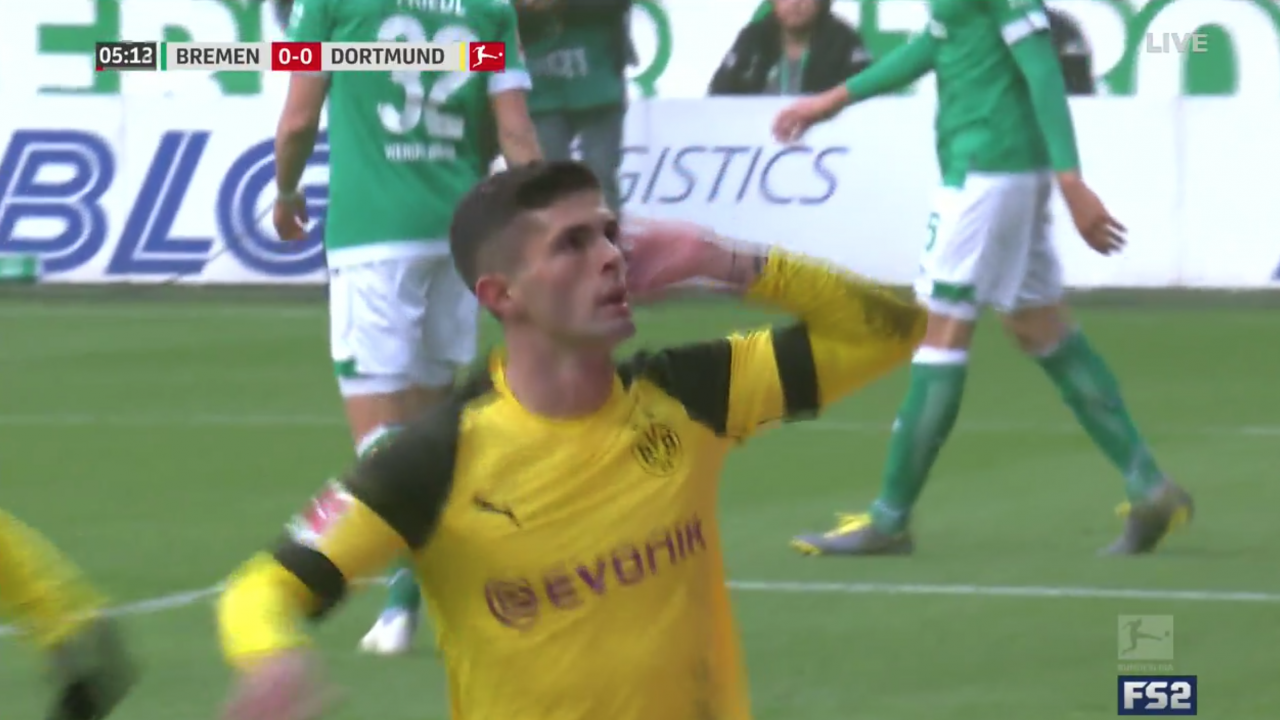 Christian Pulisic returned to the Borussia Dortmund starting lineup for the first time since March 16 on Saturday against Werder Bremen. Injuries and the form of Jadon Sancho had kept the 20-year-old American out of the first XI for about six weeks, but he returned in some style, scoring a marvelous goal in the sixth minute.

But those proved to be wrong when Pulisic began the match on the left wing, where he’s most dangerous. In the first minute of the match, he began a move that ended in a shot from near the penalty spot by Paco Alcácer.

It didn’t take long for Pulisic to really make his mark.

On the five-minute mark, Pulisic received the ball near midfield and zipped through the Werder Bremen defense for a spectacular solo goal.

He scores his 3rd goal of the season and puts Dortmund on top just 6 minutes into the match  pic.twitter.com/ZQAxepxTU3

Pulisic’s third goal of the Bundesliga season — sixth in all competitions — gave Dortmund a huge boost in its attempts to chase down Bayern Munich in the closing weeks of the season. Bayern beat 10-man Hannover 3-1 earlier in the day to go five points clear with two matches to play.

American teenager Josh Sargent started the match on the bench for Werder Bremen.